Writing an Explainer-Video Script for Your UX Consultancy

By Victor Blasco
No Comments

Being a UX professional gives you a great advantage: you already know how to identify your target audience and create an ideal experience for them.

Being an independent UX consultant is a complex, yet rewarding job. But just as with every other business, it has its pros and cons. What are the pros? Being a consultant gives you flexibility—you can choose to work on projects that you’re passionate about and you are your own boss. The cons: you’re also your own sales team, so if you want new projects, you’ll have to promote yourself.

Every company in the world needs to sell, and freelance consultants and small design agencies are not exceptions. But being a UX professional gives you a great advantage: you already know how to identify your target audience and create an ideal experience for them.

The only difference is that, in this case, your target audience comprises your potential clients, and the ideal experience consists of content that makes them want to hire your services. While there are other avenues to approach this style of content marketing, few can hold a candle to the versatility and effectiveness of a well-made animated explainer video, similar to that shown in Figure 1.

In this article, I’ll go through the basics of creating a professional-level script for your marketing explainer video and give you tips to make yours stand out!

An explainer video is a marketing piece that describes the value proposition behind a product or service using a story that conveys your message in a simple and engaging way.

An explainer video is a marketing piece that describes the value proposition behind a product or service using a story that conveys your message in a simple and engaging way. Its power lies in using storytelling to turn complex ideas into digestible information—an approach that can highly benefit any UX consultancy.

User experience is a concept that might seem a bit abstract to an outsider—and most of your clients are outsiders! What if you could explain, in 90 seconds or less, how a good UX design could dramatically alter the perception and reception of a potential client’s product. A glorified elevator pitch? Maybe, but it’s no less true.

Explainers can deepen client-provider communication, take it to the next level, and generate conversions. But at the core of every explainer video that works, there’s a razor-sharp script doing the heavy lifting. Let’s look at how to create one in a bit more detail.

You should slowly present a story, introduce a conflict, then resolve it.

This well-known structure follows a rather straightforward premise: a story should have a beginning, a middle, and an end. In other words, you should slowly present a story, introduce a conflict, then resolve it.

Precisely what makes explainers so effective is their implementation of this structure in their scripts. Your beginning, middle, and end become the what, how, and why that you narrate in the form of a story.

As I mentioned earlier, having your own UX consulting business means you have to get commercial from time to time. A great way of doing that is to create an explainer video. The time for creating your explainer video is now.

While this structure might sound simple—and indeed, it is a bit of an oversimplification—it provides the basic layout for your script. This is a tried-and-true recipe that has consistently proven to produce coherent, engaging, memorable videos. Figure 2 shows an example.

The Ideal Length for Your Video Script

An explainer video’s script must be short and engaging to ensure that its viewers get the message.

Human beings have a short attention span, but you know this already. Just as you need to design digital products to direct your audience’s limited attention to content that is strategically important, an explainer video’s script must be short and engaging to ensure that its viewers get the message.

As you might expect, people’s level of engagement decreases as the length of a video increases— but only after they’ve hit the two-minute mark. Studies show that during the first two minutes of a marketing video, a viewer’s attention remains more or less steady. But, after that period, it decays quickly.

Therefore, you should limit the length of your explainer videos to two minutes or less. In scriptwriting, 160 written words represent one minute of viewing, which means you’ll need to write a script of 320 words or less.

Now that you have a structure and a baseline to target, let’s get into some nitty-gritty advice about writing a script that can help your service shine!

Writing a Story That Resonates with Your Audience

By creating characters and situations that resonate with your audience, you’ll be able to write a script that elicits a strong emotional connection with its viewers.

Whether you’re doing business as a freelance UX designer, a small UX consultancy, or an established animation production company, customers come first. Your explainer video should reflect this attitude, and there’s no better way of accomplishing this than by focusing its story on your audience. By creating characters and situations that resonate with your audience, you’ll be able to write a script that elicits a strong emotional connection with its viewers. It’s really not hard to generate an emotional response to your explainer videos. Everything depends on your understanding your customers’ personas.

Creating Characters Based on Your Personas

Being able to generate an emotional response with your content becomes much more manageable if you break your audience down into customer personas. After all, you need to make sure that viewers connect with your story—and identify with it—and that starts with writing characters that reflect who they are.

Your storyline should revolve around your clients’ painpoints, not how great your service is. By putting what your potential clients are feeling into words, you’ll show that you understand their struggle, making your solution more desirable.

Sometimes, it can be tempting to show off your experience and expertise by being overly technical in the way you present your service or product. Don’t do that! The language and terminology you use in your explainer video should be familiar to your audience. Otherwise, they might just think your video is too complex or that it’s not for them, and they’ll leave.

Also, if your entire target audience is from a specific country or region, you should create a voiceover that sounds familiar to them. Hire a voice artist who is native to their area.

Putting Your Characters in Context

Animated characters could actually do anything, but if you want your audience to identify with your characters—and, ultimately, with the service you’re providing—you should create an environment for them that seems familiar to the viewers. Maybe that’s a big office in the city or a small-town business. Just make sure that your characters’ context feels relatable to your audience.

Don’t forget to follow the classic explainer-video structure, create characters and situations that your audience would find relatable, and make sure your video is under two minutes long.

Having an explainer video can help you promote your UX consultancy in a way that’s effective and engaging. Having a good script sets the foundation for the piece.

So don’t forget to follow the classic explainer-video structure, create characters and situations that your audience would find relatable, and make sure your video is under two minutes long. With these goals in mind, you’re ready to start creating your explainer-video script right now! 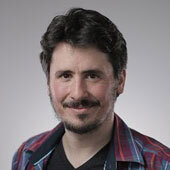 Victor is an audiovisual designer and video-marketing expert who has been creating animated marketing videos since 2005. He now leads the corporate video-production company Yum Yum Videos. He earned his degree in Image and Sound from the Universidad de Buenos Aires. In addition to running his business, Victor is a lifelong student of Chinese philosophy and a passionate geek for all things sci-fi.  Read More

Other Articles on Consulting