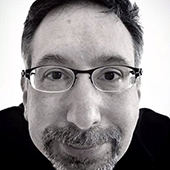 Robert has spent the past 20 years pushing the boundaries of digital products as a designer, writer, and consultant and has led dozens of Web, desktop, and device-based interaction design projects, for startups and Fortune 500 companies alike. Robert was a Founding Director of the Interaction Design Association (IxDA) and became its first President in 2006. He has also held advisory board positions for AIGA Experience Design, the Information Architecture Institute, UC Berkeley’s Institute of Design (BiD), and Design Museum Boston. Robert is co-author of three bestselling editions of About Face: The Essentials of Interaction Design. His past positions include Principal interaction Designer at Sonos, Associate Creative Director at frog design, Manager of User Experience at Bose Corporation, and Director of Design R&D at Cooper, where he played a key role in the development and refinement of their goal-directed design methods, including personas and scenario-based design. He has lectured on interaction design and UX methods and principles at major universities and for international industry audiences.

About Face: The Essentials of Interaction Design

Books That Have Influenced Our UX Careers, Part 1: Design

The Differences Between Enterprise and Consumer UX Design

The Integration of User Experience into Software Development

Essential and Desirable Skills for a UX Designer

Going Mobile, Part II: When to Go Mobile | Reuse Your Web Design or Start from Scratch?