A column by Janet M. Six
No Comments   0 Shares

Send your questions to Ask UXmatters and get answers from some of the top professionals in UX.

During the COVID-19 pandemic, most UX researchers have shifted to conducting all of their UX research and usability testing remotely. Last month, in the first part this two-part Ask UXmatters series, “Tips for Conducting Remote UX Research and Testing, Part 1,” our expert panel described several factors to consider in transitioning to remote UX research and offered some other helpful tips on conducting effective remote research and testing.

This month in Ask UXmatters, our expert panel provides some additional valuable tips for conducting effective remote research and testing. Our experts’ recommendations include recruiting participants who have the right equipment, but considering how their technology might impact your findings; tips for remote moderation; how to avoid technology pitfalls; and getting your stakeholders up to speed on your new remote-research techniques. In this column, one of our experts also provides links to some helpful online resources that provide tips specifically about conducting remote research and testing during the pandemic. Read More

Debunking the Myth of the Fold

By Robert Goesch
No Comments   0 Shares

People do scroll, and the way they perceive and interact with a Web page tells us exactly how to structure that page for an optimal experience.

Is endless scrolling on TikTok the same as binge watching on Netflix? And, if people never stop scrolling, is the battle for every pixel at the top of a Web page finally over? Studies show that people do scroll, and the way they perceive and interact with a Web page tells us exactly how to structure that page for an optimal experience.

The average area of a Web page above the fold—the area that users can view without scrolling—is 1,000 x 600 pixels. Of course, the actual size varies from device to device. So basically, I’m talking about an area anywhere from the size of a business card to an A5 sheet of paper—and space is a very hot commodity.

It’s only natural that people in your organization want to put all important information right there, above the fold. People often get caught in the mindset that they need to clearly communicate all the features, the offers, and the latest updates right away, so no visitor misses anything. But that’s a lot of information for one business-card-sized page. Read More

How Design Entrepreneurs Can Keep Growing During COVID-19

By Manik Arora
No Comments   0 Shares

Despite all these challenges, we’ve seen the persistence and determination of millions of people and organizations around the world, as a new normal has replaced old traditions….

May you live in interesting times goes the ancient Chinese curse, and there’s no more ﬁtting analogue than the past year or so. Nobody can deny that the year 2020 has been one of the most challenging times in human history—predominantly because of the COVID-19 pandemic taking the world by storm. What people are now dubbing the new normal has affected businesses—from the smallest mom-and-pop stores to multibillion-dollar, multinational corporations.

Despite all these challenges, we’ve seen the persistence and determination of millions of people and organizations around the world, as a new normal has replaced old traditions—often fueled by grand leaps forward in technology and other innovations. Zoom concerts have replaced live-music festivals. Mental-health apps such as Calm have ﬂourished, helping people to ﬁnd their center during diﬃcult times. Furthermore, entrepreneurs around the world have found new tactics and strategies to continue growing. Read More

In Business of UX
Reviews
Design 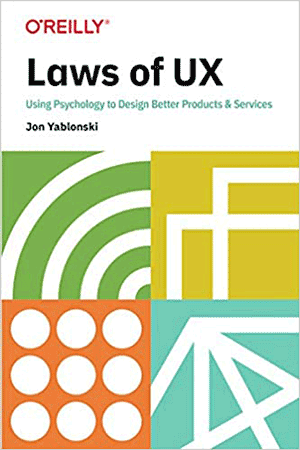 In the early part of the 21st century, a strange and unexpected phenomenon has taken hold of the world. While, in the past, scientific methods, hypotheses, and falsifiable observations have led to theories upon which new knowledge could grow, we now see the opinions of individual people gaining currency as objective facts. Of course, relying on subjective opinion is absolutely fine and completely appropriate when we’re describing our own highly personal experiences or preferences —for example, a favorite cuisine or the color of a shirt.

Plus, people’s personal opinions can certainly play a role in driving fashion, the adoption of new consumer goods, and to some extent—as I observed early in my career as a Web designer—the visual appearance of our digital tools. But one of the biggest differences between traditional design disciplines such as graphic design, fashion, and interior design and the design of user experiences is that UX design is highly reliant on process and methods. Plus, we have a body of knowledge that is based on research from which we can work. Rather than debating the superiority of anyone’s personal taste with a client, the UX designer facilitates the application of methods and theory to deliver optimal results. Read More

By Renato Lopez
No Comments   0 Shares

Companies that have welcomed UX design and leveraged its power have seen 32% more revenue and a 56% increase in shareholder returns over a 5-year period.

Understanding the power of UX design is no longer a matter of guessing, but of cold, hard fact. According to a McKinsey & Company study, companies that have welcomed UX design and leveraged its power have seen 32% more revenue and a 56% increase in shareholder returns over a 5-year period.

In this article, I’ll share five ways in which agile UX can impact your bottom line and totally revolutionize your business processes from top to bottom, by

Growing Your Career as a Multidisciplinary UX Designer, Part 2

A column by Jonathan Walter
No Comments   0 Shares

In enterprise environments, … User Experience is often immature. This immaturity frequently results in designers’ having to take on activities and responsibilities that do not support their long-term growth.

In Part 1 of this two-part series, I presented a strategy for multidisciplinary UX designers who want to grow their career in enterprise environments—where User Experience is often immature. This immaturity frequently results in designers’ having to take on activities and responsibilities that do not support their long-term growth. After describing the importance of understanding why you want to grow your career in User Experience, I provided some tips for determining how you should grow your career, including the definition of what T-shaped growth means for you.

Now, in Part 2, I’ll discuss some specific tactics for achieving that growth, as follows:

In Careers in UX
Design
Research

By Sarah Pagliaccio
No Comments   0 Shares

The historical data we use to train the machines in AI research continue to reflect biases that many of us have hoped to relegate to the past.

Remember the computer-science maxim Garbage in, garbage out? So goes big data in artificial intelligence (AI). The historical data we use to train the machines in AI research continue to reflect biases that many of us have hoped to relegate to the past. But, if you ask the machines, women belong in the home and Black men belong in prison. So what should you do if your company requires you to design systems that rely on big data that might be faulty or technologies such as voice or facial recognition that have proven to perpetuate gender and racial biases? Start by understanding the problem so you can avoid the mistakes of the past.

Most of us now have voice-recognition tools in the palms of our hands. Many of us have them on our kitchen counters, too. Every time you tell Alexa to play music, ask Siri to set a timer, or request directions from Google, you are relying on your Echo, iPhone, or Android phone to recognize your speech. Your device could respond with either perfect accuracy or seemingly capricious inaccuracy. Because these are low-stakes requests, you might either persist or give up, depending on how badly you want to listen to “Blush” by Wolf Alice, while stirring your risotto. Read More

Designing for every screen

A column by Steven Hoober
No Comments   0 Shares

A lot of the problems you’ll encounter in new markets are likely to emerge from your translation being culturally insensitive or just your being unaware of how different things can be in other regions.

The Internet can make the world seem very small, but a lot of the digital products you’ll work on must eventually work well for the billions of people outside your home country.

“Easy!” some product manager might say, giving your team a story to add multiple-language support to your app or Web site, maybe add a few specific features to make it acceptable to your new audience or local governments, and upload it to the app store.

But there’s much more than autotranslating to a new language to prepare your product for another market. A lot of the problems you’ll encounter in new markets are likely to emerge from your translation being culturally insensitive or just your being unaware of how different things can be in other regions. Read More

Designing with the Mind in Mind

By Jeff Johnson
No Comments   0 Shares

This is a sample chapter from the 3rd edition of Designing with the Mind in Mind, by Jeff Johnson. 2020 Morgan Kaufmann. 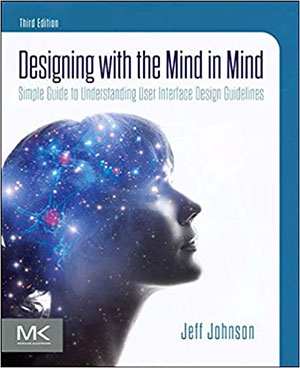 People make mistakes and commit errors; it’s a fact of life. Nobody is perfect. Designers of digital technology have to live with that fact. Actually, good designers do more than live with it; their designs take it into account. They avoid designs that make it likely for users to make errors (Norman, 2014). They create digital products and services that help people avoid and recover from errors.

When categorizing the types of errors people make, the first distinction is between mistakes and slips (Norman, 1983a; Reeves, 2010). Read More

By Anusha Pichumani
No Comments   0 Shares

Universal-design principles (UDP) help UX designers create software that people with many different abilities can use, without their having to modify things or use assistive technologies. While the term universal design is more common in architecture and product design than in the design of computer user interfaces, the concept still applies.

In the 1990s, Ronald L. Mace coined the term universal design and founded The Center for Universal Design, at the North Carolina State University (NCSU) College of Design, to address the needs of an aging population and people with disabilities, meet the demands of new legislation prohibiting discrimination against the disabled in the United States, and adapt to societal changes. What exactly is universal design?

“Universal design is the design of products and environments to be usable by all people, to the greatest extent possible, without the need for adaptation or specialized design.”—Ronald L. Mace  Read More