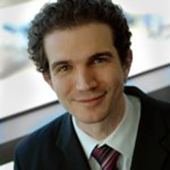 As an information architect at Unisys, John worked on a team that comprised designers, programmers, and content editors who were responsible for Unisys.com, the corporation’s global Web presence. Before joining Unisys, he was an information architect at the Web consultancies Breakaway Solutions in Philadelphia, Pennsylvania, and iXL in New York City. He holds a B.A. in Communication Arts from Hofstra University and an M.A. in Communication Studies from West Chester University. John is the UXnet Local Ambassador for Philadelphia, is active in PHICHI, the Philadelphia region chapter of the ACM SIGCHI, for which he presented a talk on “HCI Documentation for Web Sites,” and has contributed articles to Interactions and The UPA Voice. In 2005, John organized a major World Usability Day event in Philadelphia, which featured Tom Tullis as its keynote speaker, a demonstration of best practices in usability testing, instant usability reviews of attendees’ Web sites, and a usability museum.

UXnet Local Ambassadors: Building a Global Community One Locale at a Time

Using Prior Work in Your Portfolio | Moving from MIS to UX

Evangelizing UX Across an Entire Organization