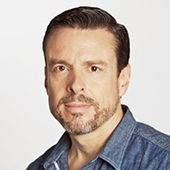 At NetQoS, Russ reports directly to the CEO and is responsible for the company’s R&D budget and interface design for all NetQoS products. He redesigned their flagship product, SuperAgent. Previously, Russ was the VP of Engineering at HyPerformix, a simulation and modeling company. Before joining HyPerformix, Russ founded a successful startup that generated over $4 million in revenue. As both CEO and CTO, he prototyped all interfaces for the company’s products and worked closely with clients to improve usability. Russ has extensive experience in interaction design, rapid prototyping, and usability and holds a BS in Computer Science and an MS in Software Engineering from The University of Texas at Austin. Russ is the Austin Local Ambassador for UXnet and an Austin representative for IxD, as well as a member of ACM, IEEE, SIGCHI, UPA, ASIS&T, and AIGA.

Going Mobile, Part II: When to Go Mobile | Reuse Your Web Design or Start from Scratch?

Effective UX in a Corporate Environment: Part I