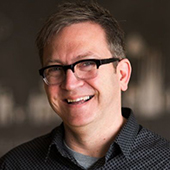 Since 1995, Dan has designed products—including devices, software, and Web sites—and services that millions currently use every day. He has led projects for large organizations like Nokia and Time Warner and startups such as Ning and Foxmarks. His design innovations have received several patents. An internationally recognized thought leader and acclaimed speaker and author, Dan wrote the best-selling book Designing for Interaction, which one reviewer called “a bookshelf must-have for anyone thinking of creating new designs,” and Designing Gestural Interfaces. He has spoken at conferences and taught workshops on interaction design all over the world. His writings on design have appeared in BusinessWeek, Vitamin, and Boxes and Arrows. Dan was a founding Director of the Interaction Design Association (IxDA) and is also a member of AIGA and IDSA. He has a Masters of Design in Interaction Design from Carnegie Mellon University.

The Elements of Interaction Design