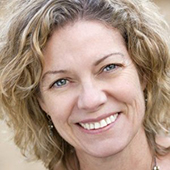 Kate Finn has worked on user interfaces and usability since 1983. Early in her career, she conducted research on natural language–understanding systems and automated speech recognition. She was at SRI International for six years, where she created prototypes of graphic user interfaces for sophisticated intelligence systems. When working on multimedia and collaborative workstations, she co-edited the book Video-Mediated Communication (1997). Subsequently, Kate became a usability consultant, working primarily on Web sites. In 2011, Kate and Jeff Johnson formed Wiser Usability to focus on age-friendly design. In 2017, they published their book Designing User Interfaces for an Aging Population. Kate received her PhD in Computational Linguistics from Georgetown University. Recently, she obtained a Certificate in Gerontology to better understand the unique capabilities and needs of older users.