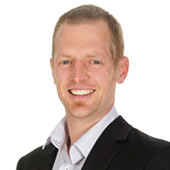 After completing a Masters degree in Engineering, Matt began his Web career in the corporate world, evangelizing Web standards and accessibility at companies like IBM and PricewaterhouseCoopers long before it was trendy to do so. He began embracing user-centered design techniques during his time at SitePoint, after editing The Usability Kit, and went on to apply them to spin-off companies such as 99designs and Learnable. In 2010, Matt founded Useractive, a boutique user experience design agency that offers creative services to brands such as Australia Post, Monash University, and Bain & Co, and founded UX Mastery. He has presented at a range of conferences, including UX Australia, Webstock, Web Directions South, Microsoft REMIX, and Tech•Ed. At home with his wife and two daughters, Matt spends his evenings pretending he’s a cartoonist. He recently wrote, illustrated, and self-published a children’s book.

Get Started in UX: The Complete Guide to Launching a Career in User Experience Design