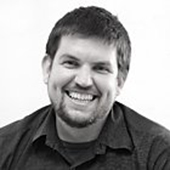 Kent has been working in the field of UX design for nearly ten years. During that time, he has led project teams in adopting user-centered design methods to solve complex business and consumer design problems. Kent specializes in user interface design, interaction design, and data visualization. His work has appeared in many publications, including Fast Company. He also has a ties to the academic community in Philadelphia. He currently teaches an interaction design class at the University of Pennsylvania. Kent has presented at international conferences such as IxDA’s Interaction and is a frequent guest lecturer at the universities in the greater Philadelphia area.