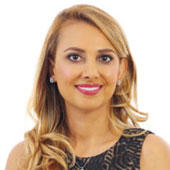 Anna received her PhD in Computer Science from the University of Montreal and her Doctorate in automatic summarization of legal documents from Paris-Sorbonne University. She was founder and CEO of NLP Technologies Inc., specializing in natural language processing, summarization of legal decisions, machine translation, and social media analysis. She has been active in the leadership of various professional associations relating to artificial intelligence (AI) and natural language processing (NLP). She was an Adjunct Professor at the University of Montreal, Canada (2009–2015), Lecturer at Polytechnique Montreal, Engineering School (2012–2014), and Visiting Professor and Honorary Research Fellow at the Research Group in Computational Linguistics at the University of Wolverhampton, UK (2010–2012). She has published more than 50 conference and journal papers, authored three books, and coauthored Natural Language Processing for Social Media, Second Edition, with Diana Inkpen, which was published by Morgan & Claypool Publishers.