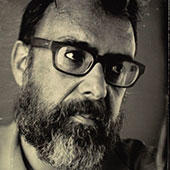 Mike’s company, Mule Design, is an interactive design studio whose work The New Yorker called “delightfully hostile.” In early 2011, he gave a Creative Mornings talk titled “F— You, Pay Me” that not only uplifted the downtrodden the world over, but fueled his first book, Design Is a Job, which was published by A Book Apart. He is the author of You’re My Favorite Client, also from A Book Apart. In 2014, Mike won the net awards Talk of the Year for “How Designers Destroyed the World,” a screed about designers’ taking responsibility for their work. You can hear Mike weekly as the co-host of Let’s Make Mistakes. None of the terms Mike has coined are printable on a family Web site.

Sample Chapter: Design Is a Job