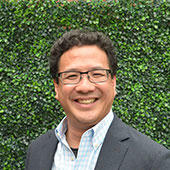 Gavin has 25 years of experience, working in both corporate and academic environments. He founded the UX consultancy User Centric, growing it to become the largest, private UX consultancy in the US. After selling the company, he continued to lead its North American UX team until 2018, which become one of the most profitable business units of its parent organization. Gavin then founded Bold Insight, where he is Managing Director. He is a frequent presenter at national and international conferences. He is the inventor on several patents. He is an adjunct professor at DePaul and Northwestern Universities and a guest lecturer at University of California, San Diego’s Design Lab. Gavin has an MA in Experimental Psychology from Loyola University.

Improving User Acceptance of AI: The Bold Future of UX

The Future of UX Design

The Relationship Between User Experience and Branding