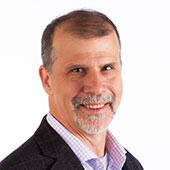 Bob has more 25 years of experience, working in both corporate and academic environments. After a decade doing human factors at telecoms and travel companies, he joined the UX consultancy User Centric, helping it to become the largest, private UX consultancy in the US. He co-founded the UX Alliance in 2005, which is the premiere network of global UX agencies. After selling User Centric to GfK, he continued to lead GfK’s North American UX team until 2016, when he took a brief detour to lead GfK’s Consumer Insights business. In 2018, Bob left GfK and co-founded Bold Insight, where he is Managing Director. He is a frequent presenter at national and international conferences. He is the author of The Handbook of Global User Research, has written dozens of publications, and is the inventor on several patents. Bob is an adjunct professor at Northwestern. He has a PhD in Cognitive and Experimental Psychology from University of Illinois at Urbana-Champaign.