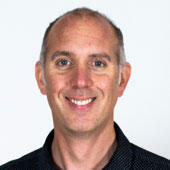 Richard started designing Web sites in 1995. At the beginning of his career, he designed the user experiences of Web sites for numerous dot-com startups, as well as large organizations such as Barclaycard. He later became the user experience lead at Multimap, Europe’s most popular mapping site, which was acquired by Microsoft. In 2005, Richard co-founded Clearleft, a digital design consultancy that has since helped hundreds of clients across five continents embrace digital and become more efficient and competitive. He helps the team at Clearleft work with clients to create new and improved digital presences through a pragmatic combination of research, delivery, and digital transformation. In 2010, Wired UK named Richard one of the UK’s top-100 people shaping the digital world.