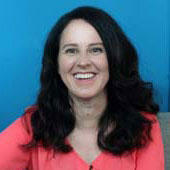 Previously, Cathy was VP of User Experience at Sensely, whose virtual-nurse avatar, Molly, helps people engage with their healthcare. An expert in voice user interface design, Cathy is the author of the O’Reilly book Designing Voice User Interfaces. She has worked on everything from NASA helicopter-pilot simulators to a conversational iPad app in which Esquire magazine’s style columnist tells users what they should wear on a first date. During her time at Nuance and Microsoft, Cathy designed VUIs (Voice User Interfaces) for banks, airlines, and Ford SYNC. She holds a BS in Cognitive Science from UCSD and an MS in Computer Science from Indiana University.

Making the Shift from Designing GUIs to Designing VUIs