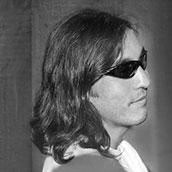 John believes in The Method, which lets a designer define the actual problem to be solved. It is a meticulous process involving discovery research, rapid design iterations, and the quantification of success. It is possible to adjust this process based on time and resource limitations. The Method elevates design thinking to encompass company goals—regardless of whether the platform is Web, mobile, or augmented reality (AR) on a head-mounted display (HMD). John’s pre-Internet design career began with the design of interactive CDs. His career has continued through the dot-com boom and bust, the emergence of interactive TV, mobile, and now the promise of AR. John has worked with consumer companies such as Disney, Fox, and TV Guide; large enterprise companies such as Siemens and GE; and emerging startups such as Procore.