Mobile Usability for Teens Who Are Going Mobile

By Hilary Coolidge
No Comments

For tweens and teens, mobile phones are more a lifestyle statement than simply a communications tool.

Want to know the future of mobile device use? Talk to your tweener or teenager.

Mobile device use is reaching down into younger demographics. A July 2006 study by iGR showed that, among 15–17-year-old teens, most had been using a cell phone for two years or more. In the 12–14-year-old bracket, 50–70% of these young people already own and use mobile phones, and the mobile phone market is beginning to reach down to kids who are ten or younger.

Young people experience increasing connectedness and identification with mobile devices. For tweens and teens, mobile phones are more a lifestyle statement than simply a communications tool. Their phones are highly customized with media, ringtones, and photos. Most kids wouldn’t dream of leaving their homes without them. Two-thirds of the tweeners the study polled said they keep their phones on while they sleep—to ensure they don’t miss out on anything. According to a study by Wired magazine, youths who are immersed in the mobile world see communication via a phone as equivalent to face-to-face contact—going one step further in the realm of electronic versus human connections.

Kids are using their phones in more different ways than adults do. Mark Donovan, a senior analyst with the Seattle-based research firm M:Metrics says, “For just about every category of mobile media activity, if you look at the 13–17-year-old bracket, they’re doing more things with their phones than the average phone user.” Multi-tasking is omnipresent, with more than half of the kids the study polled saying they’ve sent text messages from movie theaters, while 28% have sent messages from the dinner table. There is no Off button for the youth culture.

Don’t Miss Out on Observing the Future

Since tweens and teens are harbingers for the future of mobile device use, you should include them as participants when doing user research or usability studies for mobile devices or applications.

Since tweens and teens are harbingers for the future of mobile device use, you should include them as participants when doing user research or usability studies for mobile devices or applications. Consider doing contextual user research before entering the design phase, then conducting mobile usability studies in the field once your team has created a working prototype. Viewing device and application use in the field greatly enhances your understanding of the utility and potential adoption of the device or application you’re evaluating. Think of a guerilla mobile device usability study as a way of observing participants within their social environments, fulfilling the usability study guideline “Watch, don’t ask” in the extreme.

What We Learned from Teens During Our Field Studies

How do kids really use their devices?

How much influence do kids’ peers have in their device and application use?

Though not being in control of the study environment can also afford insights:

Here are some things we learned at Molecular from our post-study evaluations after doing mobile usability studies with teens:

Doing field studies should be part of your overall mobile usability toolkit.

Teens are in a phase of their lives when they are constantly interacting socially—whether they are in school, at home, or with friends. The way they integrate mobile devices into their lives is a vital part of their social lives. While getting outside the lab and into this social world might not be your primary focus when doing usability studies, doing field studies should be part of your overall mobile usability toolkit. In short, get out of the box, get into the teens’ world, and you will discover a rich trove of useful information that can help you create great products young people want. 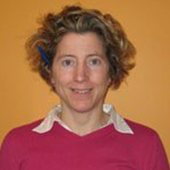 While at Molecular, Hilary has worked on projects for companies in the financial services, consumer products, Web services, and consulting industries. She was responsible for planning and conducting a usability study for a mobile Web site, produced site maps and annotated wireframes for a Web site redesign for a top-10 consulting company, and created a new home page for a well-known job search company, including new branding and campaign messaging. Other companies she has worked with include Coca-Cola, Boost, BCG, IBM, Monster.com, and Houghton Mifflin. Hilary enjoys bringing her business knowledge and experience to the experience design field.  Read More