In this article, I want to look at ways in which UX professionals can conduct research, usability testing, and evaluation for the upper rungs of the Human-Tech Ladder—the social elements of technology design….

In his book The Human Factor, Kim Vicente presents the Human-Tech Ladder, which categorizes human and societal needs according to five factors: physical, psychological, team, organizational, and political. Many UX professionals are familiar with usability testing, which focuses on the first two rungs of this ladder—the physical and psychological factors of people’s interactions with technology. However, in this article, I want to look at ways in which UX professionals can conduct research, usability testing, and evaluation for the upper rungs of the Human-Tech Ladder—the social elements of technology design and how people interact with a particular technology while working together within an organization.

On my current project, I’m designing and implementing a framework for business that provides workflow management and supports information gathering and reporting. While there may be a software component further down the track, for now the technology is taking the form of procedures, reporting templates, and guidance material. This technology is both intellectual and social. Its goal is to support teams within the organization, and it requires people to work together.

The biggest challenge with designing and implementing such technology is not creating code or a user interface, but ensuring its compatibility with team dynamics.

This is where ethnography comes in.

UXmatters has already published several articles that touch on the subject of ethnography. In my discussion of this topic, I’ll introduce ethnography as a social research tool in UX design—in part, through a review of the book Writing Ethnographic Fieldnotes, by Emerson, Fretz, and Shaw, which I read recently. I’ll start with a quotation from the book that introduces the topic of ethnography:

“Ethnographic field research involves the study of groups and people as they go about their everyday lives. … First-hand participation in some initially unfamiliar social world and the production of written accounts of that world by drawing upon such participation [is the core of ethnographic research].”—Emerson, Fretz, and Shaw

To design a system for teams, it’s important to first understand how the people on teams work together.

To design a system for teams, it’s important to first understand how the people on teams work together. Although you can still apply the techniques of one-on-one interviews, focus groups, surveys, and card sorts to extract that information, it’s also important to observe those teams in action while they work. You can do this through either

The latter approach lets you gain extensive insights into not just how the team works, but how the team inducts and integrates new team members. This provides an important novice user perspective for any technology the team is using or developing.

You don’t want to go in with a blinkered view that could exclude important contextual information. Sometimes you won’t know what’s important until after your research is complete….

What information should you gather while observing a team? The first step is to have a goal you can focus on. But keep in mind that you don’t want to go in with a blinkered view that could exclude important contextual information. Sometimes you won’t know what’s important until after your research is complete, when you’re analyzing your research notes and applying them to technology design. For example, while you may be interested in a specific team, you can’t ignore that team’s interactions with other teams, the rest of the organization, friends and family, customers and the public—though you should regard them as peripheral.

Writing Ethnographic Fieldnotes provides a few useful ideas about what information you should capture:

The purpose of ethnographic research is to put yourself in the shoes of those you’re observing, get into their heads, understand their perspectives and expectations, and accurately record and share that gained knowledge in an objective way that you can then use to support design decisions later down the track.

Some might consider this type of research to be contextual inquiry, but I think people usually associate that term with watching someone use a computer. In the field of UX design, such techniques and outcomes are not new. However, in this case, the focus is different—it’s about observing social interactions rather than observation of a human-computer interface. Although you could perhaps combine the two activities.

Capturing the Information You Need

Your passive / active stance in ethnography can also influence how you record your observations at the time you perform your research.

Your passive / active stance in ethnography can also influence how you record your observations at the time you perform your research. This is a topic that Writing Ethnographic Fieldnotes spends quite some time on. How do you balance the amount of jotting you do while observing and ensure that you record enough information, without failing to participate and engage in the social setting or missing important events and interactions? What aspects of a scene should you bother to record in detail—such as explicit quotations—and when should you paraphrase?

The important thing to remember is that ethnography is active. You should be asking questions. However, it isn’t a group interview, so don’t interrupt the team too much. You can’t get into people’s heads without asking them what they think or feel about a situation. If taking notes from a video recording could replace your idea of field research, you aren’t taking advantage of this opportunity to better understand people. You shouldn’t settle for simple transcriptions or reports. Get yourself embedded in the team or teams you are researching. Spend time with them, understand how they work together—or how they don’t—and record your observations in a way that can support objective, evidence-based choices later on.

I highly recommend the book Writing Ethnographic Fieldnotes. While it has an anthropological focus, the information it provides is still very relevant to UX design and user research.

I highly recommend the book Writing Ethnographic Fieldnotes. While it has an anthropological focus, the information it provides is still very relevant to UX design and user research. The book goes into detail about what to look for and how to record and report your observations—with different styles such as first-person, third-person, real-time, and end-point—and how to record dialogue. It also provides some information on coding and writing up full ethnographic texts. The authors admit that, if you actually want to learn about ethnography, you’re probably best off starting elsewhere. But I found it highly informative in that regard, too.

Taking notes of observations is not enough. You need to be able to analyze your notes and present your analysis—in an enlightening, meaningful, and credible way—to your peers and others who may need to take advantage of your insights from  field research.

Great article. High-level overview; just what I needed to get reacquainted. Definitely going to check out the recommended reading. 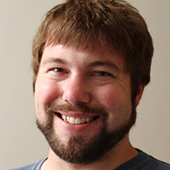 For more than ten years, Nathanael has been working primarily in the government sector of the Web design industry. He started off as a Web application developer before transitioning through front-end development into interaction design. His strong technical knowledge has helped him establish his credibility and act as a communication bridge between information technology and business teams within organizations. This enables him to design and implement high-quality, usable, and accessible productivity applications and information Web sites that align with both business objectives and user goals. Nathanael is also deeply involved in Government 2.0 in Australia—with particular attention to social interaction design and social-media strategy development and implementation. He is helping Australian Government agencies move toward a citizen-centric approach to service design and delivery.  Read More