What’s All the Fuss About Google+?

By Laurene McCafferty
No Comments

What exactly Google+ offers that would differentiate it greatly from the functionality users currently get through Facebook, Twitter, and LinkedIn isn’t clear.

With all of the hype surrounding Google+, I was eager to set up an account when Google launched the beta site this summer. It’s fair to say that I had high expectations—not only because Google had created it, but also because I needed an invitation from a current member to join. At one point, Google suspended these invitations due to “overwhelming demand.” This may have been the truth—or perhaps it was a clever marketing tactic of Google to generate demand through the illusion of scarcity. Who knows?

After setting up my Google+ account, I was pleasantly surprised by the application’s user interface design, shown in Figure 1. But I was slightly confused about the offering’s premise. Although Google+ provides a sleek and simple user interface on both its desktop and mobile platforms, what exactly Google+ offers that would differentiate it greatly from the functionality users currently get through Facebook, Twitter, and LinkedIn isn’t clear.

To allow people to use Google+ for both work and personal purposes, Google has tried to combine features of Huddle, Facebook, LinkedIn, and Twitter to provide a one-stop shop.

Of course, how people use this new Google+ platform is inevitably up to how they choose to use it, but Google does not appear to be communicating a clear, unique selling point that would encourage me to invest the time in uploading my personal content and information to this site. While the SEO benefits of using Google+ may be apparent to many business users, I’m not yet convinced of the application’s instant appeal to individuals engaging with the social network for their personal use.

My quick poll of colleagues and friends suggests that I’m not alone in finding the new platform slightly underwhelming at present. However, according to Google CEO Larry Page’s October 13, 2011 report, Google+ already had more than 40 million users. In comparison, Facebook, which was founded in 2004, now has more than 750 million users. From this perspective, it’s no wonder that Facebook is currently a more attractive prospect for social networking. Ironically, in the first week after the Google+ launch, Facebook creator Mark Zuckerberg had the highest number of followers on Google+.

Is Google+ a defiant answer to Facebook—an attempt to rival the social networking giant? To allow people to use Google+ for both work and personal purposes, Google has tried to combine features of Huddle, Facebook, LinkedIn, and Twitter to provide a one-stop shop.

The introduction of Circles lets users group their connections so they can control who they share certain information with.

The introduction of Circles lets users group their connections so they can control who they share certain information with. (Facebook actually has a similar feature and automatically groups some of its users’ connections based on information users have provided about their relationships or geographic location.)

The Circles page, shown in Figure 2, displays a list of people you may know, similar to that on Facebook. However, since Google+ does not yet have the volume of users that Facebook does, the suggestions aren’t of great relevance to me. The intuitive drag-and-drop functionality lets you add your connections to predefined groups, but if this list became extensive, it would take a significant amount of time to organize your connections.

While I agree that most people separate their connections into different groups in real life, doing this is on a social network could be a bit laborious. It’s one of the reasons we already have different social networks—LinkedIn for professional connections, Facebook for friends, and Huddle for collaborative work. Asking users to create this kind of organization on a single network might be overestimating the patience of Web users—not to mention the task of migrating content from existing popular sites in which users have invested their time.

Plus, when you combine all of your social networks into one by the mere click of a button, you may end up unintentionally sharing information with certain groups. A case in point occurred when a Google engineer posted an update to his Google+ account that he had intended for internal viewing only. Instead, he accidentally posted it to his 2000 or more followers on the social networking site. While confidentiality is not always a huge issue, this post contained negative and damaging comments about the company, in which he stated that his employers did not understand social platforms and that “Google’s biggest blunder … is that it didn’t emulate Facebook’s plan of building an entire constellation of products by allowing other people to do the work.”

Making the Effort to Move Over to Google+

The biggest issue for the uptake of Google+ may be that it’s like starting all over again. With so much effort invested in building up Facebook and LinkedIn accounts, will users be prepared to invest the time it takes to move all of their content over to Google+?

The biggest issue for the uptake of Google+ may be that it’s like starting all over again. With so much effort invested in building up Facebook and LinkedIn accounts, will users be prepared to invest the time it takes to move all of their content over to Google+? From the relatively slow response to Google+ so far, the answer appears to be, not yet.

At this point, using Google+ feels a bit like shouting into an abyss. There aren’t a lot of people I know personally who have signed up. Some of those who do have an account have posted negative comments, saying they don’t understand Google+, and appear to have abandoned their page. This reminds me of my first foray into using Foursquare and Twitter: I set up an account, then abandoned it during the initial stages until others joined, making my interaction with these platforms feel worthwhile.

When setting up my Google+ account, I had the option of adding contacts by importing my address book. Being ever mindful of the fact that I would have been sharing my contacts’ information without their consent and bearing in mind that this is Google, a company that, no doubt, already knows a lot about me, I chose not to add friends and colleagues in this way. How much personal information do I really want to give to Google? They currently have a monopoly on search engines, and this could potentially work against Google when it comes to their encouraging users to upload more of their personal content to their social networking site.

The home page, or Stream, layout … is very similar to that on Facebook. However, it does offer the added benefit of letting users click groups of connections … to view the related news feeds.

The home page, or Stream, layout, shown in Figure 3, is very similar to that on Facebook. However, it does offer the added benefit of letting users click groups of connections such as Friends, Family, Acquaintances, and Following to view the related news feeds. Since this rigid categorization might not reflect users’ perceptions of their own social groups, Google+ provides users the option of creating and naming their own groups. People you’ve assigned to a specific group can’t see what you have named it. The positive reaction to this level of control is apparent in comments from former Facebook President Sean Parker, in which he said the threat to Facebook is that power users are moving to Twitter or Google+ because Facebook isn’t giving them enough ways to manage the range of information they have uploaded to the popular site.

The Hangouts feature, shown in Figure 4, allows voice and video chats, and others can come along and join your conversations. The idea is that other people you have added to your various circles can see your hangouts in their stream and join in if they want to interact. This is a great way to hold meetings online, generate discussions on a particular topic, or simply add another dimension to interactions with friends within a social network.

Competing in the Social Networking Space

So, will Google+ become as popular as Facebook and Twitter? Might Google+ even steal the social-networking crown from those sites? Will Google+ replace LinkedIn as a professional networking tool? Looking back at trends in social networks, we can see that Bebo and MySpace were once more popular than Facebook. The appeal and potential longevity of Facebook are strong. The site’s appeal lies in its simplicity and no-frills approach—though recent changes to the site’s layout have caused frustration among users of both its desktop and mobile offerings.

Is Google+ attempting to do too many things, without offering something that is sufficiently unique to motivate users to move their content from the social networking sites on which they’ve already invested a lot of time creating their profiles?

On the plus side, Google has tapped into users’ behavioral patterns and created a platform that lets users group their connections and control the visibility of the information they post by sharing content with specific groups without having to log in to numerous sites. This fits with many users’ mental model and their tendency to compartmentalize their connections. People using Gmail, YouTube, or other Google applications can log in to Google+ using the same account, making for a more seamless experience for users.

Google+ also offers more transparent privacy features than Facebook, which has come under fire for the low-visibility and opt-out approaches to their privacy settings, as well as for the implications of the Timeline feature they’ve recently added. Another advantage Google+ has over Facebook is their data-liberation feature, which allows you to leave the service and take your data away with you should you decide you no longer want to have a Google+ account. Anyone who has tried to deactivate his or her Facebook account knows it is not easy for users to leave Facebook, which resorts to what I can only describe as emotional cajoling during the process.

Perhaps Google+ will eventually become a force in the social networking world. While its different uses and main benefits may be unclear to some individual users at this stage, the additional layer of interactivity its groups offer and its all-encompassing approach to social networking may eventually gain popularity. It will be interesting to see how things progress in the coming months—and how or, indeed, whether users choose to utilize Google’s new social-networking platform en masse. 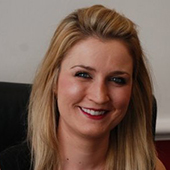 An experienced usability consultant at the London-based firm System Concepts, Laurene has worked with a range of clients in the financial services, media and publishing, retail, and government sectors to deliver user-centered solutions. Clients have implemented her recommendations to help streamline their online processes and ensure excellent customer experiences based on proven results. Laurene has a strong interest in social media and working to help develop social media strategies within organizations. She has a PhD in Usability Engineering from the University of Edinburgh and an MA in Sociology from the University of Glasgow.  Read More

Other Articles on Product Reviews