The number one reason organizations do user research is because they want to learn about what their customers want and make the changes necessary to satisfy their customers’ needs.

For a UX professional, one of the hardest things to measure is how much stakeholders and clients have bought into UX research. There is no clear, quantifiable answer to this question. Nevertheless, there are several signs that indicate stakeholder engagement, uptake, and buy-in. This article identifies some of these signs.

Think about the reasons people and organizations decide to conduct UX research. Why are they doing it? Why are they making the effort? The number one reason organizations do user research is because they want to learn about what their customers want and make the changes necessary to satisfy their customers’ needs. When stakeholders act on the findings of UX research, you can clearly point to the positive effect that the research is having on the organization, its products, and its customers. All you need to do is pay attention and be aware.

—especially the most important ones.

A great indication of the uptake of UX research is that stakeholders follow your research recommendations—especially the most important ones. For example, research consumption occurs when a problem that you discovered during a research activity gets solved as a result. If stakeholders choose to fix only problems that are easy to solve, that’s one thing. A better indication of consumption is when they fix the big problems that you identified during your research. When a product team makes significant changes to a product’s design following UX research, that’s a great sign of research consumption.

Another sign of the consumption of UX research—which though less meaningful, is still favorable—is when a company’s salespeople use the company’s investment in UX research as part of their sales pitch. When they show heat maps from your recent eyetracking study to potential customers, it’s a sign that the company wants to show that it is serious about UX design. Of course, this does not necessarily mean that is really the case, but it is a positive indication that stakeholders perceive UX research as a unique selling proposition.

If people are touting UX research to tell customers what a good job the company is doing on user experience, when, in reality, stakeholders aren’t following your research recommendations, that stinks. In such cases, these stakeholders see UX research as a way of duping customers. If this happens to you a lot, I suggest that you consider whether your best recourse is to fight or flee, as I described in my UXmatters article “Dealing with Difficult People, Teams, and Organizations: A UX Research Maturity Model.”

In an interview that I conducted with Giles Colborne, author of Simple and Usable,

for my book It’s Our Research,

which you can view in Figure 1, Giles argued that UX research is successful if it shifts people’s point of view toward customers and how they use products.

Budget Gets Allocated for More Research

Stakeholders or clients who have experienced and benefited from UX research allocate more funding for research.

In my interview with Kim Goodwin, author of Designing for the Digital Age,

which you can watch in Figure 2, Kim told me that, when stakeholders budget for more research, that’s the best sign that they have bought into UX research.

Generative UX research … usually have goals such as identifying user needs or discovering who users are. Chances are good that the findings from such studies will remain valid and true for long periods of time.

Because of the nature of generative UX research, study results have a long shelf life. These studies usually have goals such as identifying user needs or discovering who users are. Chances are good that the findings from such studies will remain valid and true for long periods of time. When I reflect on generative studies that I have conducted in the past, I see that they have had shelf lives of at least a few years. The reason for this is that such findings emerge from types of research that relate more to human behavior and human nature, which tend not to change very often.

I remember a study that I conducted a few years ago, whose goal was to identify who the users of a product the company wanted to develop would be and what their needs were. Findings from this study lasted and were still in use more than two years after we completed the study because the basic needs of users in that domain had not changed and probably would not change dramatically in the future.

When stakeholders use and consume study results for a long time after you’ve completed a study, that is a good indicator of success. When this does not happen, this might mean that something has gone wrong with planning, collaboration, or communication. But it might just as likely mean stakeholders have internalized your study findings so completely that they now think what they learned from your research was something they had always known.

There are two clear signs that you’ve earned stakeholders’ trust.

One of the most frustrating things that can happen to a UX researcher is realizing that stakeholders do not trust his or her work. However, it is probably pretty rare for stakeholders to tell UX researchers to their face that they don’t trust their findings. On the other hand, one of the most encouraging things a UX researcher can experience is when they know they’ve established trust with stakeholders. In companies where people frequently move on to other positions, you may face having to establish trust all over again with new stakeholders. There are two clear signs that you’ve earned stakeholders’ trust. It is important for me to emphasize that the absence of these signs does not mean your stakeholders do not trust you. It might, but there is not a single sign of trust. The two signs:

One of the best moments a UX researcher or usability professional can experience is knowing a stakeholder gets the value of research. There’s that spark in their eyes that tells you they believe. It doesn’t happen often, but when it does—especially when those stakeholders are senior decision makers or executives—they can move mountains for you and for UX practice in your organization.

A Business Changes Its Strategic Direction

When big things happen because someone has made a decision based on user research, that’s a huge indicator of success.

The following signs might tell you that a business is changing its strategic direction because of UX research:

In my interview with Aza Raskin, a Fast Company top-50 influential US designer,

which you can watch in Figure 3, he said that the clearest sign UX research is making an impact is when companies make decisions based on such research.

When managers decide to dedicate teams’ or individuals’ time to acting on UX research, that’s a huge success.

Two positive signs that UX research is making an impact relate to staffing:

There Are Requests for Training in UX Research

An important sign that UX research is getting traction is when stakeholders repeatedly make requests to go through some kind of training that would help them become better at doing quick research studies.

An important sign that UX research is getting traction is when stakeholders repeatedly make requests to go through some kind of training that would help them become better at doing quick research studies. My experience with such training requests shows stakeholders usually want to learn the following:

An organization’s commending or giving an award to a UX researcher—either individually or as part of a team—is a sign of a mature organization that understands the importance of UX research and the contribution it can make to strategic operations and product development. You know those “hey-we-launched-X-thank-you-everyone” email messages that name all the people who were involved in a certain effort? When UX researchers get recognized in such messages, there’s good reason to celebrate. It means people see UX researchers as integral parts of their teams.

If you’re conducting UX research to drive change, you must develop reliable ways of determining whether the desired changes are occurring.

Here are five key takeaways on how to increase your awareness of the impact your UX research is having:

So, now that you’re aware of some signs that your UX research is making a difference, how can you improve the chances that stakeholders will perceive your research as having an impact? If you plan your research activities based on conversations with your stakeholders, if you collaborate with stakeholders throughout the research process, and if you communicate research findings well, you are on the right track.

Great article. You have identified many useful ways to track user research impact. My team of ten user researchers are just starting to read your book, It’s Our Research: Getting Stakeholder Buy-in. We have a book club, and this book was selected. We are looking forward to our discussions.

Thanks, Carol. I’m happy to hear that. If that book club discussion hasn’t happened yet, I am happy to join it remotely and answer questions. 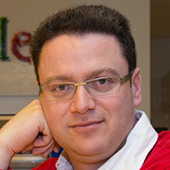 A user experience researcher at Google New York since 2008, Tomer is currently doing user research for Google Search. Previously, he led the UX research effort for Google’s online advertising management platform, DFP (Doubleclick for Publishers). Prior to working for Google, he was a user researcher at Check Point Software Technologies in Israel, where he led the research effort for dozens of networking and Internet security products on various platforms. As founder and president of UPA Israel, Tomer led the chapter to many achievements, including raising awareness of the need for easy-to-use, efficient, and fun technology products, as well as growing and nurturing a professional community of 1,000 practitioners. He speaks at conferences and professional events, is a published author of articles and papers, and a past editorial board member for UX Magazine. Tomer is the author of the forthcoming Morgan Kaufmann book, It’s Our Research: Getting Stakeholder Buy-in for User Experience Research Projects, which will be out in 2012. He holds a master’s degree in human factors in information design from Bentley University.  Read More

Other Articles by Tomer Sharon