By Ritch Macefield
No Comments

This is the second in my series of two articles about how intelligent UX strategies can solve certain problems with agile development—in addition to intrinsically benefiting our UX design work. Please read Part 1 of this series, “Agile Problems, UX Solutions: The Big Picture and Prototyping,” to completely familiarize yourself with the key concepts and terminology that I’ve explained there, which underpin the discussions in this article.

In summary, Part 1 explained that common and quite reasonable UX practices can trigger fundamental problems with agile software development methods that can ultimately lead to the implementation of inconsistent or even incompatible user interface design solutions for similar interactions in different parts of a software system. Because agile realizes these inconsistencies in working code, either or both of the following consequences can occur as a result:

In Part 1 of this series, I proposed maintaining a persistent, holistic prototype throughout the entire life of a software development project to help mitigate such problems. Now, to further mitigate these problems, I propose extending the uses of such prototypes through the rigorous use of interaction design patterns and pattern languages.

To understand this proposal, readers should have a clear understanding of the differences between interaction design, information architecture (IA), visual design, and usability engineering, which in combination form the wider discipline of UX design. For a solid grounding in these different aspects of UX design, I suggest you read my UXmatters article “UX Design Defined.” It is also necessary to understand the basics of interaction design patterns and pattern languages.

What Are Design Patterns and Pattern Languages?

Within a software system, interaction design patterns are repeated collections of interface objects—for example, links, buttons, and text boxes—that work together to solve common interaction design problems. For example, Figure 1 illustrates a common progressive navigation pattern that solves the problem of how users can traverse the steps in linear tasks.

Pattern languages work at a higher, or meta, level to describe collections, or libraries, of patterns. Various taxonomies exist to define a pattern language. Most of these overlap considerably. The following taxonomy is representative:

The classification of patterns … defines a kind of information architecture for a pattern library.

To explore pattern reuse further, let’s consider the progressive navigation pattern illustrated in Figure 1. That pattern consists of two button elements. An important thing to note is my use of the term element. I’ve used it quite deliberately because, although these elements would certainly be part of any pattern library, elements are not patterns. Unlike the patterns they constitute, elements cannot be decomposed. This why experts in pattern languages sometimes refer to them as atomic elements—forming an analogy with the periodic table of elements from which physical compounds are formed.

Now, let’s consider the lightbox pattern illustrated in Figure 2. This pattern comprises four elements: two types of background, a title, and a close box. Next, Figure 3 shows the integration of the progressive navigation pattern shown in Figure 1, the lightbox pattern shown in Figure 2, and a progress indicator pattern—within a more complex wizard pattern. This demonstrates the reuse of patterns within wider hierarchies, or networks, of patterns.

It is worth noting at this point that—as many UX design managers have found to their surprise and sometimes cost—fully and accurately defining a pattern language for a pattern library is a non-trivial exercise! This is true both in purely intellectual terms and in regard to the practicality of constructing a library using some kind of software tool that is available to a UX design team. Defining how patterns relate to each other is particularly challenging. Indeed, there are parallels here with the notoriously difficult task that software architects face when defining class hierarchies in object-oriented software.

Are Patterns and Pattern Languages Useful?

Pattern languages can be an excellent communication device, helping everyone involved with a software development project to understand an interface design.

The relative lack of research in the area of patterns and pattern languages makes it difficult to answer the question of the usefulness of patterns and pattern languages definitively. However, Wania and Atwood provide some useful insights. [2] Their paper, in addition to being relatively up to date, provides a good summary of the key research in this area, along with an interesting discussion of their own primary research. From this paper, we can draw a number of conclusions that have relevance here:

Now, that I’ve laid this groundwork, let’s examine how you can use patterns within the context of an agile development environment and combine patterns to form persistent, holistic prototypes.

How Are Patterns Useful in Creating Persistent, Holistic Prototypes?

Once you’ve created and, ideally, tested the first version of a persistent, holistic prototype, you can extract the patterns that it contains into a pattern library.

Once you’ve created and, ideally, tested the first version of a persistent, holistic prototype, you can extract the patterns that it contains into a pattern library. Document the patterns using a robust pattern language, including their atomic elements—for example, links, text, buttons, and panels. Pay particular attention to elements at this point, because they form the fundamental building blocks of all patterns.

In producing all subsequent versions of the prototype, adopt the policy of using only elements and patterns that are part of the pattern library in the design. Of course, as you progress, it will often be necessary to add new patterns and elements to the library. When adding patterns and elements, follow this process:

The pattern library rather than the prototype itself will contain much of the information about how the development team should implement the user interface design in working code.

This way of working has some significant consequences, as follows:

Figure 4 illustrates how to adapt the development model that I presented in Part 1 for use with a pattern library.

The initiation and maintenance of a pattern library adds considerable overhead to the interaction design process.

To assess the benefits of integrating pattern libraries into persistent, holistic prototypes, we can begin by revisiting Wania and Atwood’s conclusion that pattern library usage does not increase user interface design speed. [2] Thus, it is not possible to justify the approach I’m describing here purely in terms of increased prototyping speed. To answer this question, let’s conduct a qualitative cost-benefit analysis.

What Are the Costs?

This whole approach to integrating pattern libraries into persistent, holistic prototypes is quite novel, so inevitably constitutes a business risk. More specifically:

Plus, the overhead and rigor of designing user interfaces exclusively using a pattern library will be new to many UX designers. In my experience, some UX designers may perceive—wrongly in my opinion—that using patterns stifles creativity. This constitutes a further risk that UX management might need to address.

What Are the Potential Benefits?

The rigorous use of a good pattern library is likely to increase both the amount and the consistency of pattern use….

There are potentially three key benefits in adopting such an approach:

Summary of This Cost-Benefit Analysis

At this point in time, there seem to be too few organizations adopting this approach to draw any conclusions regarding whether its benefits outweigh its costs or how costs and benefits may differ across different types of agile software development projects. However, I have worked with a few organizations that are moving toward such an approach and are already recognizing benefits. We can also draw some parallels with the software engineering discipline, which has long made extensive use of patterns in class libraries. It seems clear to me that our UX discipline will ultimately move in that direction, too.

You can use a fourth-generation prototyping tool to implement a pattern language and, therefore, a robust pattern library.

You can use a fourth-generation prototyping tool to implement a pattern language and, therefore, a robust pattern library. Having said that, my experience is that even these tools are not yet ideal for this task. Therefore, making this work in practice requires considerable thought and expertise in using the features of these tools.

For some organizations who want to adopt a software development approach similar to that which I’ve outlined in this two-part series of articles, implementing and gaining expertise with a fourth-generation prototyping tool will be essential. You may view this as another cost and risk in addition to those that I described earlier. However, you should not view implementing a pattern library using such a tool in this way because their use is easy to justify in many other ways, as I’ve explained in my UXmatters article “Are You Still Using Earlier-Generation Prototyping Tools?” 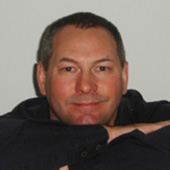 Other Articles on Agile UX