What UX Design Skills Were in Demand in the UK Job Market in 2013?

In 2013, the focus on all things user experience definitely stepped up a gear.

Whether you work directly in the field of UX design or you just have a passing interest, it’s fair to say that, in 2013, the focus on all things user experience definitely stepped up a gear. Over the last 11 months at Bubble, the UK digital jobs board for whom I work, we’ve seen a huge increase in the demand for talented UX designers right across the UK—and not just from specialist niche agencies, but from major brands like comparethemarket.com, ITV, Sainsbury’s, and The Telegraph Media Group, too.

What’s the reason for this increased demand? It’s hard to say. Perhaps brands have now got more money to spend on their online offering, and it’s finally dawned on them that a great user experience really can make a difference to their bottom line and provide a healthy return on investment (ROI). Or perhaps it’s because brands are now more willing—and able!—to reallocate their existing budget from other digital areas like social media, where it can be difficult to quantify ROI and determine their strategy’s success. Either way, it’s great news for the user experience industry—both in the UK and the US—as more and more positions, especially senior-level positions, become available.

Just as in the rest of the digital industry, the new demand for talented UX professionals has highlighted the huge shortage of digital skills and the severe lack of talent within the industry as a whole.

Of course, just as in the rest of the digital industry, the new demand for talented UX professionals has highlighted the huge shortage of digital skills and the severe lack of talent within the industry as a whole. Although we’ve advertised lots of UX-related vacancies, and we’ve helped brands find a number of talented candidates, we can’t deny that the number of applications for these roles was significantly lower than those for more traditional and well-known disciplines such as Web development and graphic design.

What will be the knock-on effect of the current UX-skills shortage? Brands are willing to pay top-dollar for talented UX professionals who can make a real difference to their customer journeys and customer-retention rates. In looking at some of the most recent UX-related jobs on our site, the minimum salary for a UX designer in London is around L65,000, with some employers offering up to L100,000 per annum for the perfect candidate.

Now, when you consider that brands are willing to pay huge sums like these, it’s little wonder that they’re looking for candidates who have a range of skills under their belt. I recently reviewed about 50 of the UX jobs that we had most recently advertised on Bubble to see what skills each employer was looking for in candidates for their particular vacancy—and the results were definitely surprising.

Before I go into more detail, it’s worth pointing out that I know the following qualifications and skills to be characteristic of only advertisements for vacancies in the UK. Whether the same skills are in demand for similar positions in the US right now, I do not know. Do you think they are?

Employers asked that applicants have a degree in psychology, human-computer interaction, information architecture, UX design, or another related discipline.

First and foremost, employers asked that applicants have a degree in psychology, human-computer interaction, information architecture, UX design, or another related discipline. While not all of the companies whose advertisements I studied requested candidates with such degrees, a large number of them did, suggesting that brands are now starting to look for UX designers who have that core knowledge. That’s not to say they wouldn’t consider candidates with a degree in another discipline, but it’s interesting to note the five degrees that advertisers requested specifically by name—particularly when you consider that only a small handful of universities in the UK offer these degrees.

The next thing that became obvious was the effect that the rise in popularity of mobile devices has had on the digital design industry. Nearly all of the advertisements called for candidates who had first-hand experience in mobile app design—for iOS or Android—and responsive, cross-platform, cross-browser Web design. Interestingly, some brands also requested UX design experience across tablet, mobile, and desktop, suggesting that the ideal UX designer in the UK is now highly skilled across all devices and platforms.

Some employers wanted sketching, wireframing, and storyboarding skills with a specific focus on mobile….

Not surprisingly, nearly every employer called for candidates who had experience with prototyping and wireframing tools, creating workflows and user journeys, sketching, and storyboarding. When looking at such skills, it was interesting to see that some employers wanted sketching, wireframing, and storyboarding skills with a specific focus on mobile—again suggesting that mobile is quite possibly having the biggest impact on the UX design industry at the moment.

The majority of the advertisements called for a good working knowledge of applications like Photoshop, InDesign, and Fireworks, which is hardly surprising either. A large number also wanted candidates with a good understanding of programming languages—specifically, HTML5, CSS3, ActionScript, and XHTML—suggesting that the lines between Web development and design are becoming increasingly blurred—particularly in the field of user experience. Interestingly, when looking at the UX jobs that were available within the gaming industry, I discovered that experience with specialist programs like 3DS Max, Maya, Scaleform, and Perforce was also in demand.

Brands don’t want to employ UX designers who are skilled only in a technical sense, but value candidates who also possess some softer skills such as great communication, mentoring, and leadership skills….

Another thing that I noticed about the UX job advertisements that I studied was how many employers were now calling for additional skills from candidates—above and beyond the more traditional, core UX design skills and the types of experience that I’ve already mentioned. In particular, a large number of brands wanted to hear from candidates who already had some team management experience under their belts, as well as those who had experience running UX design workshops. This suggests that brands don’t want to employ UX designers who are skilled only in a technical sense, but value candidates who also possess some softer skills such as great communication, mentoring, and leadership skills, which are required in the majority of roles across the digital sector as a whole.

The last skill that I want to highlight is the one that I found the most surprising: at least one additional language. A few of the advertisements that I looked at asked for candidates who were fluent in another language—particularly French, German, or Spanish—and could lead or contribute to the design of their international sites. It’s worth pointing out that all of these advertisements were for jobs in the gaming industry, so it would be unfair to say that this was a general trend across all industry sectors. However, it’s certainly interesting to see how much of an influence the international gaming market has on the UX industry in the UK.

Many other UX design skills … were in demand by major brands who advertised on our jobs board in 2013….

While it goes without saying that there are many other UX design skills that were in demand by major brands who advertised on our jobs board in 2013, I think this article paints a pretty accurate picture of the UX industry as a whole in the UK. Of course, it would be interesting to hear from UX professionals who are based in the UK to see whether what I’ve described mirrors their own experience.

As I mentioned earlier, all of the advertisements that I studied related to jobs that companies advertised in the UK, so I can comment only on the UK job market. That said, I’d be interested in hearing from anyone who has access to similar information for the UX design job market in the US. Are the same skills in demand? Does the US market call for a different set of skills entirely when recruiting UX designers? And how do salaries in the US stack up?

I am glad to read this article. The situation is the same in China except the salary.

It seems the UK is more conservative about degrees. In the US, especially for most progressive companies, a good portfolio and skill set are much more important than a psychology degree, to the point where it doesn’t matter what you studied in university.

In fact, the best UX designers come from diverse backgrounds, so companies who simply look at a degree and not a portfolio are shooting themselves in the foot.

Degrees aren’t a requirement at most of the best US companies and neither are multilingual skills. However, there are a lot more Producer and Architect type roles that are becoming more prominent. These are great roles for hybrids who want to concentrate more on process and standards improvements across the design process in order to make designers’ lives easier. 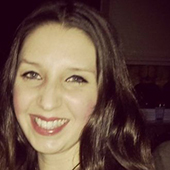 Amy is an experienced SEO and Content Manager who is passionate about all things digital. At Bubble Jobs, a digital jobs board for the UK, Amy helps to drive and implement SEO and content strategy and is responsible for managing the site’s Jobs Board, Blog, and Digital Career Portal. As part of her role, she enjoys digging into existing data on the site to analyze and comment on past trends and identify future trends in the digital-hiring industry. She also works with universities, colleges, and national organizations in the UK to highlight the digital industry—and the jobs within it—as viable career routes for young people.  Read More

Other Articles on Hiring UX Professionals