In the case of voice-interaction technologies, users’ expectations typically far exceed the capabilities that are commercially available. Contributing factors to users’ disappointment include bold claims from companies launching voice-activated technologies and the popular media’s portrayal of voice interactions. The high level of users’ expectations has led to lower adoption rates for voice interactions, as well as higher levels of user frustration. As the culminating project for our Master’s in User Experience Design, we explored this disconnect and came away with four key findings that are specific to voice-interaction technologies—plus one finding that we believe provides insight into UX research itself.

Siri and Other Voice-Recognition Technologies

Today, companies are touting voice-recognition technologies as virtual assistants. As recently as 2011, a virtual assistant was a person a company hired to do the administrative work that kept the company running remotely. But that definition changed on October 14, 2011 when Apple introduced Siri on the iPhone as an “intelligent personal assistant.” Since then, companies have introduced other natural-language, “intelligent personal assistants” on multiple platforms. Siri uses a natural-language interface to answer questions, make recommendations, and perform actions.

Following the unveiling of Siri, glorious commercials teased users with visions of a Star Trekkian future. Everyone would be able to ask questions and make requests and magically receive responses. That quantum leap did not happen; Siri did not become the de facto method of interaction for iOS devices.

So, what happened? Why didn’t the iPhone user base adopt Siri’s services en masse, choosing voice interaction as their preferred user interface?

Our Research on Voice Recognition

Because Siri was really the first voice-recognition technology to be integrated into a mobile OS, was the first to have a rudimentary personality, and has had the longest timeline for user adoption, we focused our research on Siri.

We set out to figure out why the disconnection between user expectations and Siri’s capabilities exists and what, if anything, we could do to address it. Therefore, we conducted a three-pronged study as our final project in the Kent State University User Experience Design graduate-degree program:

When people understand both the strengths and limitations of Siri, they are much more satisfied with Siri’s performance.

After eight weeks of compiling information about participants’ collective Siri usage from notes that they had scribbled in diaries, 67 completions of our online survey, and over 12 hours of interviews, four key findings took shape:

Based on our research, we created four personas that represented some of the typical Siri users we encountered:

We … created a schema for a scalable set of tutorials that addressed these four personas’ relative levels of interest in different aspects of Siri’s capabilities.

We then created a schema for a scalable set of tutorials that addressed these four personas’ relative levels of interest in different aspects of Siri’s capabilities. These tutorials belonged to five primary categories:

We also suggested that there should be basic and advanced levels of tutorials. The scope of our study did not include generating curricula for these different sets of tutorials, but our suggested categories and levels of tutorials would be a good place to start. All in all, this research project was a very illuminating and valuable experience for us. We used three different research methods that dovetailed nicely and enabled us to create potential solutions to users’ problems. That said, the most compelling aspects of studies are often the unexpected information we can glean from the data we harvest.

We determined that the following tutorials relating to each of our five categories would meet Tricia’s needs :

Since Jennifer was trying to get as much out of Siri as possible, she needed advanced-level tutorials for all five categories.

Andrew needed the following tutorials on his iPhone:

Ted wanted to maximize the integration of all his Apple devices and to be able to use them as effectively as possible. To achieve this, he felt that using all of Siri’s capabilities to the utmost was an absolute necessity. So, much like Jennifer, Ted needed all five advanced tutorials.

There appears to be a rather significant difference in the adoption of voice-recognition technologies across different geographic regions.

The most interesting and surprising finding of our research was that there appears to be a rather significant difference in the adoption of voice-recognition technologies across different geographic regions. Alesha lives in California and Scott in Ohio, and the findings from our user interviews regarding Siri usage differed significantly.

First, in Ohio, it was much harder to find Siri users—period. Each of the Ohio interviews showed a combination of lower usage rates overall, as well as more limited usage in terms of the variety of tasks to which users turned to Siri for help. The usage of most Ohio interviewees was for simple dictation in a closed environment—for example, speech-to-text tasks in a car. The Ohio users were relatively satisfied with Siri’s capabilities. Their expectations tended to be somewhat fundamental, and they found that Siri usually executed those basic functions well.

In California, it was much easier to find Siri users, and there were extreme differences in users’ satisfaction with Siri. The California interviewees had experienced using Siri for a wider range of specific tasks—such as opening other apps, making reservations or appointments, or finding directions. Plus, they used Siri in public locations more—at the grocery store, in a restaurant, or while walking to their car—as opposed to just while in their car. In tandem with their greater range of Siri usage and expectations for Siri’s capabilities, their satisfaction levels ranged from outright detestation to enthusiastic adoration of Siri.

Both the Ohio and California interviewees had similar socioeconomic, employment, and educational backgrounds. The only real difference among the interviewees was geography.

The results from our online survey provided minor indications of regional, or geographic, differences, but these were inconclusive because location was an optional field in the survey.

Our study led us to ask an important question: as UX researchers how can we discover differences in participants on a regional, or geographic, basis beyond just collecting demographic data?

It was just a lucky coincidence that we ended up conducting our study in two separate locales and that there were such strong indications of regional differences. Should our personas also have taken regionalism into account? Should Tricia be the Stay-at-Home Suburbanite from the Midwest and Paula be the Stay-at-Home Suburbanite from the Deep South? If we generated personas at that level of specificity, how might that affect the resulting UX-design decisions?

We both intend to continue exploring regional differences in our UX work and to share some of our future findings. For now, we continue to be amazed by both the capabilities and limitations of Siri and are carrying on with our effort to come up with new ideas for tutorials for each of our four personas.

First off, I’m glad you guys put this writeup together. It’s interesting and leads to many more questions than it answers, which is the hallmark of good research.

I’m definitely fascinated by regional differences in usage and how much that reflects regional culture differences. But I’m particularly interested in the lack of discoverability that is inherent in voice user interfaces. Right now, the major use case for our Amazon Echo is “Alexa, set a timer for 10 minutes.” And I have no motivation to or idea how to discover new uses.

This article made me think about regional differences in another way: Siri has potential users who simply cannot get Siri to recognize their regional accents. For instance, my mother—who bought an iPhone 4S mainly because she was excited to use Siri—stopped trying to use it after it kept failing to recognize anything she was asking of it. Mom has a faint Southern U.S. accent.

Let me repeat that: she stopped using Siri at all. It didn’t work, so why keep trying it? People from regions with non-standard accents could perceive the problem as being caused by regional bias. Just a thought.

We found from the diary study that it is really challenging to discover not only what more can be done with voice interfaces, but then how to successfully execute. We had users cussing at their phones! Much more needs to be done in this space.

On regionalism, I’m making really interesting discoveries in my current research, as I run UX research sessions with users throughout the US and in parts of Canada. Stay tuned… 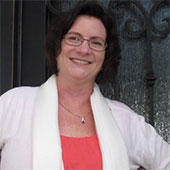 As a Senior UX Strategist, Alesha employs design thinking and UX research to help improve the design of products, processes, services, and spaces. She has contributed research and design thinking to physical and digital properties and processes, including desktop, mobile, cloud, Web, and voice interfaces. She brings her high energy and enthusiasm for user-centered design to each new challenge and, thus, discovers the design opportunities that lie within. Alesha is a graduate of Kent State University’s User Experience Design Master’s program.  Read More 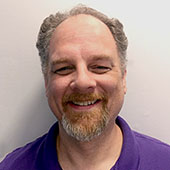 Scott is a recent graduate of the User Experience Design program in Kent State University’s School of Library and Information Sciences. He has over 15 years of experience in cartography and geographic information systems and excels at synthesizing multiple information threads into a single, cohesive tapestry. Scott is looking forward to bringing this ability to a new UX design career. He runs a small illustration company that produces graphic designs, illustrations, and fantasy and science-fiction cartography. In his free time, Scott publishes an interview blog, where he has been asking 20 Questions and getting answers from various people for over 10 years. He has a love/hate relationship with his treadmill and lives in Columbus with his wife, Tuesday, and their two children.  Read More

Other Articles by Alesha Arp

Other Articles on Voice User Interfaces