Usability Testing with People on the Autism Spectrum: What to Expect

People with autism … may have an advantage in processing vast amounts of complex, static information.

In the last year, I’ve conducted about 30 usability tests with adults and children who are on the autism spectrum. I’ve tested Web sites, online software, and games to determine whether they were usable enough for users belonging to this group. Figure 1 shows Abel, a smart, eleven-year-old boy, playing the video game Auti-mate during a test session. He’s very focused, though his favorite puppet is within reach.

[People with autism] may have issues processing rapidly changing information….

The brains of people with autism process sensory information differently. As a consequence, they may have an advantage in processing vast amounts of complex, static information. On the other hand, they may have issues processing rapidly changing information—such as people moving and talking on crowded streets. In this latter case, they perceive a chaotic rush of impressions, which can make them feel overwhelmed and powerless. They need a greater sense of stability and predictability. This autistic information–processing style affects their experience and interactions with software user interfaces as well. That’s why we test with people with autism. What should you expect when doing usability testing with people on the autism spectrum—that is, people with ASD (Autism Spectrum Disorder)?

The think-aloud protocol poses difficulties for people with autism.

The think-aloud protocol poses difficulties for people with autism. Some autistic users don’t speak at all, and even those who do speak may find it difficult to figure out what a UX researcher is asking of them. Here’s an example of a dialogue between a researcher and a subject with ASD:

UX researcher: “How do you play this game?” (Blocks from Auti-mate, shown in Figure 2.)

UX researcher: “Okay. So what is the purpose of this game?”

Another fascinating thing is that some people with autism speak in movie or TV-commercial quotations. (This is called idiosyncratic language.) They will suddenly say something agitatedly, perhaps using a quotation from a movie, and you definitely get the sense that they wanted to express something to you. For example, here are some utterances of an ASD subject who is playing the Auti-mate game shown in Figure 3:

It is difficult to decipher such idiosyncratic use of language. You can always ask someone who knows the person really well what he or she means. They may understand because they know in what context that person would typically use these expressions.

The emotional reactions of typical people are usually so subtle that you hardly notice them. This is not in the case for someone with autism, so you may observe the following:

During a usability test, when typical people run into an obstacle, they quickly find an alternative approach or take a detour to solve the problem. So you need to pay very close attention to notice these glitches and pinpoint a mismatch between the user’s mental model and the design. In contrast, people with autism often have a certain rigidity in their behavior. That is, if they try to do something and fail, they just try the same thing again—and again and again. It can take a while before they’ll start looking for another strategy. So a UX researcher simply cannot miss these glitches.

People on the autism spectrum have atypical ways of processing visual and other types of information.

To sum up, people on the autism spectrum have atypical ways of processing visual and other types of information. To find out whether an application is appropriate for someone who exhibits these peculiarities, you need to do usability testing.

Strangely enough, few UX researchers have ever done usability testing with people who are autistic. Out of the hundreds of applications that have been created for this group, I know of only six examples that were tested for usability! But you can do such testing with just a few extra preparations and a bit of tact. Even though many people on the ASD spectrum find it difficult to express themselves verbally, non-verbal signs can make up for that, so you will get essential usability or accessibility insights about your software.

You’re spot-on with the advice to talk to someone who knows the autistic person well to interpret what their utterances or body language mean.

For example, if my son, who is 9 and on the autism spectrum, began stemming—the repetitive behavior you mention—during a test session, I might interpret that as a signal that he’s either getting tired or bored with the task he’s been given and has moved on to an activity that he prefers.

I would also be interested to hear how you deal with an autistic child’s frustration during a test session. While we’re accustomed to hearing neurotypical participants express responsibility for having difficulty with an interface—“I’m just not good with computers” and that sort of thing—this self-blame can be even stronger with these kids—for example, crying, lashing out physically, or yelling “I’m so stupid.”As the saying goes: “If you’ve met one person with autism, you’ve met one person with autism.” The wide variety of ways that autism presents in different people makes interpreting usability-test feedback with this audience challenging. I commend you for your work in this area.

Reply
Zsombor Varnagy-Toth in reply to comment from Angela Colter:

Thanks for the comment. As for how I deal with the frustration of participants during a test session: I used to work in a university psychology lab that hosted a lot of participants across the spectrum. We made quite an effort to prevent any stress. For example, participants got a written brief on the whole procedure well before the day of the experiment; the experiments started on time and lasted exactly as long as they were supposed to; the lab itself was an island of serenity, regarding both its location inside the building and its furniture. The lab computer was set up similarly to a work station in TEACCH, was turned toward a clean wall, and only the necessary equipment was in sight.

So, when I started to run usability tests on my own, I was a bit afraid because I didn’t have that lab setting. But, of course, parents and caregivers knew their loved ones better. They could always tell which environment suited their son or daughter. Some of them preferred for me to visit them at their home; some I visited in a care facility—all of which had dedicated rooms for computer activities; and some preferred to go to some other place. As a result, I never came across any major frustrations such as tantrums. Here is a list of situations that did come up:

So far, this gentle approach has worked for me, and it’s given me and the parents and caregivers a lot of joyful moments and deep insights. 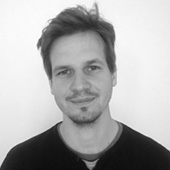 Zsombor has worked as a researcher in the Assistive Technology and Eyetracking Lab of Eotvos University, mostly doing research on human-computer interaction projects relating to autism. More recently, he was a UX Researcher at the design company UXstudio.hu. He also co-founded Auti-mate, which makes talent-discovery video games for autistic children.  Read More