Using Social-Media Tools to Connect with Users: A Case Study

Using social-media tools … as a platform for engaging with your users can be illuminating.

From Facebook to Twitter, Snapchat to Periscope, the vast majority of Americans use a wide variety of social-media tools every day. It’s surprising, then, that there are few examples of researchers using social platforms to engage with their target audience.

When our team at Fell Swoop was presented with the challenge of learning about the marketing ins and outs of Millennials and Gen Z, we realized that social media would be the perfect place to start. To assemble our group of test participants, we used traditional recruiting methods to find thirty 18–24 year olds. We then created a Facebook group as the platform for sharing information and encouraging participation. What we learned: using social-media tools—in this case, Facebook and Skype—as a platform for engaging with your users can be illuminating. What follows is an account of our interactions with participants, what worked well, and what didn’t.

Get on Your Users’ Platforms

The best way to reach a wide variety of people was to go where they were: Facebook.

Although there are already many well-established ways of learning about users, factors such as budget, timing, and audience could require you to find a new, creative approach. For our study, we had the luxury of talking to users over an extended period of time lasting two months, but we didn’t have the budget to set up a multi-city, in-person, longitudinal study, so we determined that the best way to reach a wide variety of people was to go where they were: Facebook. All of our participants already had an active Facebook account. In making Facebook the main conduit for our research, we were simply asking participants to extend their natural usage patterns to our research.

We invited our participants to join a private Facebook group, through which we were able to communicate with them. They could respond in their own time. We posted surveys, mini-polls, and other requests, and usually received responses within hours—sometimes minutes. On average, we had an 89% completion rate on surveys distributed to the group. Since we asked the participants to complete many different activities over the course of two months during the summer, we expected some natural fluctuations in participation over time.

On average, we had an 89% completion rate on surveys distributed to the group.

Although we incorporated traditional forms of research like surveys and interviews, we also used methods that were more native to Facebook to generate interest and participation, including Facebook’s built-in polling tools, picture sharing, and Like feature. These methods aligned well with what people in our target age group are doing on Facebook. We simply prompted them to take similar actions during our research project, creating a constant dialogue.

For example, during our two-month period of research, we didn’t want to overwhelm or burn out our group of participants. On the other hand, we wanted to keep our research top of mind for them and ensure that they remained engaged throughout the study. Facebook’s integrated polls were a great tool for accomplishing this goal. We’d post a simple question that could enhance what we know about this group such as “What did you do over Memorial Day weekend?” or “What are your summer plans?” Answering these questions was quick and easy for them and kept the group engaged during weeks when we didn’t have more active research efforts going on.

For any research, it’s important to ensure that you have the right participants to get the highest-quality feedback. … When using social-media or other online tools, identifying frauds can be trickier.

For any research, it’s important to ensure that you have the right participants to get the highest-quality feedback. This need is sometimes exacerbated in qualitative, longitudinal studies, when you want a smaller group of people to provide continuous feedback over time. One rotten egg can really throw off your data. In traditional, face-to-face research, it’s usually easy to identify someone who has fallen through the recruiting screener’s cracks. A quick conversation can be a good test to see whether they are who they said they are. When using social-media or other online tools, identifying frauds can be trickier.

While it’s much easier for participants to use fake personas while answering a survey, it’s much more difficult to pretend to be an 18-year-old college student during a video group chat on Skype. The group discussions made us realize that two of the participants were obviously older than they had represented themselves to be—and clearly didn’t fit our requirements. Conducting such calls early in the research process can save you from having to deal with the headache of retroactively removing data from the pool once you’ve outed individuals as virtual frauds.

Pitfalls and Advantages of Sharing with the Group

The more anonymous forms of feedback were most effective at getting meaningful responses.

While Facebook provided a natural way of engaging with our user group, we found that the more anonymous forms of feedback were most effective at getting meaningful responses. Perhaps the public nature of the Facebook group—even though technically a private group—made it feel like we’d brought together a bunch of strangers in an unnatural way.

For our future research, establishing what would naturally bring everyone together from the start might be helpful in fostering more of a sense of community. For example, we could be sure to highlight the common age range and general interests of the group to build a cohesive feeling of inclusion among people with similar interests.

However, as with any group research, we also needed to be wary of a few different forms of bias that might be at play. In this particular case, there were two main biases that we should be concerned about: social desirability bias and conformity bias.

Conformity bias is the tendency for people to behave in similar ways to other people in a group. When we asked participants to post pictures or content to the Facebook group, we’d see instances of similar responses from participants. For example, one person might post about wanting a certain type of computer, then the next three posts would be about a similar topic or a similar brand. Because of some of the biases that we feared we’d observed, we ended up using these tools mainly as a way of keeping the group engaged rather than as a way to gather concrete answers.

While Facebook may not be an ideal platform for all research purposes, it gave us an opportunity to connect with the specific age group of our target audience—in a way that was easy for our participants, too. These people already checked Facebook often, so asking them to extend their use of Facebook for our research purposes was consistent with their natural behavior.

Thank you, Linnea. Interesting idea to use Facebook groups this way! Please write me at [email protected] I would like to have a little talk. :) 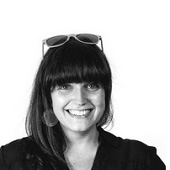 As a UX researcher at Fell Swoop, Linnea’s goal is to bring a user focus to a wide variety of projects. She earned her Master’s in Applied Psychology from Clemson University’s Human Factors Department. Her thesis focused on aging in place—enabling elderly people to remain in their homes longer rather than moving to assisted living—universal design, and understanding how to design furniture for hospitals and in-home use. Previously, she spent almost four years at Microsoft, studying various input models and conducting user research for the version of Office for touch devices.  Read More