Working on a User-Interface Text Team: A Case Study

By Cindy Huffman
No Comments

We started small, with the objective of promoting and enforcing consistency in our products.

Our User-Interface (UI) Text Team began with an editor whose goal was to organize a team that could keep all UI text consistent and manageable as our company moved to a new development technology. This shared vision united the UI Text Team, which comprises two writers, two UX designers—one of them being me—and the editor who founded the team. However, during our first meeting, we weren’t sure what to do or how to get started, so we started small, with the objective of promoting and enforcing consistency in our products.

We knew what was currently inconsistent in our user interfaces, including terminology, spelling, the use of abbreviations, labeling, case—sentence or title case—and the use of colons in labels.

In a little over a year’s time, the UI Text Team had started implementing guidelines—defining, publishing, and communicating them—and getting leadership approval for their inclusion in Research & Development (R&D) guidelines.

The UX designers incorporated the guidelines in their designs and reported defects against any implementation in code that didn’t follow the guidelines.

The UX designers incorporated the guidelines in their designs and reported defects against any implementation in code that didn’t follow the guidelines. We included links to the guidelines from our documentation style guides and procedures, so writers and editors also became aware of them. We also created a laminated cheat sheet containing the guidelines that should be most commonly applied, but are often overlooked. We posted this cheat sheet online for our internal teams, as well as making it available as a downloadable PDF.

When creating this cheat sheet, we integrated the guidelines into a wireframe of a user interface that, on one side, included annotations that spelled out our UI capitalization standards and, on the other, guidelines for type—including labels, hint text, and menu items.

That cheat sheet is now outdated and no longer in use, but for many years, it served as a reference for writers, designers, and testers throughout our global offices. Newly hired writers, editors, and UX designers received a copy of it as part of their orientation. Perhaps because of its simplicity and usability, our cheat sheet became very popular.

In general, the efforts and accomplishments of our UI Text Team were well received. During our team’s first year of existence, we owed our success to having an effective leader—the editor who had come up with the concept—and a team of like-minded people who were dedicated to achieving tangible results. We’re still reaping the benefits years later.

Our UI-text guidelines are now called standards—making the distinction that, while a guideline provides guidance, people must follow a standard.

Since that first year, our UI Text Team has evolved. Although our team is now down to three members—me, the editor, and one of the writers—we work in tandem with a corporate terminologist, who is responsible for terminology issues at our company and works on internationalization issues.

My role has changed over the years. I am now in a UX quality–analyst role, ensuring that my company’s products are following the corporate look and feel—including following our usability standards and those UI-text guidelines that we established.

Our UI-text guidelines are now called standards—making the distinction that, while a guideline provides guidance, people must follow a standard. For example, one UI-text standard dictates that all labels have closing colons. While you might think this would make only a minor difference, if some products’ labels have colons, but others don’t, the products begins to look inconsistent and sloppy. This isn’t a guideline—as in “you should consider putting closing colons on your labels.” It is a standard—as in “you must put closing colons on your labels.”

Our UI-text standards have continued to grow and evolve. As our products have progressed to keep pace with the ever-changing world of software design and technology, we have adapted to these changes by revisiting our existing text standards—sometimes establishing new ones rather than being rigid and our standards remaining static.

Our process of reviewing standards is not formal. We try to make decisions quickly to address real-world scenarios. First, we propose a problem to solve or a question to answer, then we refer to our existing standards, research possible solutions, and make a decision. During our research and analysis, we may refer to

The keys to success in making UI-text standards work—or really any standards—is that the standards deal with real cases, whether big or small, and that you make decisions quickly.

The Changing Role of the Writer

Although our standards are now in place, communicating the role of the writer in the design process can still be problematic for a variety of reasons….

Although our standards are now in place, communicating the role of the writer in the design process can still be problematic for a variety of reasons, including the following:

Another issue is the traditional mindset of some regarding what a writer’s role should be in the design process. Development teams often consider writers’ involvement as an afterthought during UI design, if they consider it at all. Some writers themselves do not think they should have a say in the design process.

For the work I do, working with writers has been one of the most important aspects of my job. The writer for a product knows the domain—and the user interface—better than most people who work on the product.

The software that we create at my company is very complex. I rely on the writers to ensure that label names are domain specific where appropriate, so the product’s users will understand its context. I also rely on the writers to review long labels that make translation to other languages more difficult. When people working on a product do not consult their writer and use a long label name, we ensure that the writer gets the opportunity to review it.

We have achieved success by implementing UI-text standards, involving writers during the UI design and development process, and including writers in design reviews.

Communication and education are key to making improvements. We have achieved success by implementing UI-text standards, involving writers during the UI design and development process, and including writers in design reviews.

To improve the quality of our software, we continue to educate the R&D teams on the processes that exist and are empowering writers—who have expert knowledge of the domain—with the knowledge that they can influence the design of their products.

Through further collaboration between writers and UX designers, we’ll generate more ideas and create additional processes that work effectively and efficiently and do not hinder the development of consistent corporate UI text and terminology.

Standards and processes can lead to better quality and greater efficiency. Succeeding with standards means being smart about what you standardize, being consistent where consistency matters, being judicious about what you make into a standard or process; and making sure standards are efficient, usable, and evolutionary. 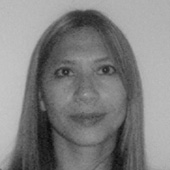 Cindy has more than 15 years of usability experience, focusing on software user experience. Over the past five years, Cindy has established usability standards, guidelines, and processes that ensure products adhere to a common, corporate look and feel. She has helped establish teams that concentrate on icons, quality UX design, user-interface text, user-interface design, as well as processes for reviewing product and icon consistency to increase quality in software products. Cindy has helped to establish these teams and processes through collaboration. She strives not only to deliver good experiences to users, but also to create good experiences for the people she works with. By providing a good experience to her coworkers and achieving efficient, tangible processes, she helps them to create software that follows standards and guidelines. This, in turn, enables her team to produce software that enhances the user experience.  Read More

Other Articles on Writing User-Interface Text