What UX Roles You Need and Why

By Christian Rohrer
No Comments

When thinking about what UX roles a given team requires, so much depends on the nature of the company and the type of project. But there are definitely some UX roles that most teams need when designing and developing applications.

When thinking about what UX roles a given team requires, so much depends on the nature of the company and the type of project. But there are definitely some UX roles that most teams need when designing and developing applications. Let’s start with the most obvious, then work our way to those that are more obscure. Finally, I’ll describe the soft skills that all UX professionals need to succeed.

Interaction design professionals are essential members of every UX team. Of all the UX functions, this is often the most central, because you can’t really design an experience without deeply considering the user’s interaction with the product or service in question. An interaction designer is commonly the lead UX professional on a given project, simply because the person in that role needs to be involved in the project throughout the development lifecycle. For example, at the beginning of a project, when a team is defining the target audience and requirements, the interaction designer is necessarily involved because the outcomes of these decisions directly affect the design. As a project goes from mere ideas to tangible design artifacts like wireframes, the work of all other UX functions seems to hinge on the work of the interaction designer. I think this is partly why this team member serves as the lead.

Foregoing research is a crazy idea, but in many companies, there is still such an immature understanding of the value of qualitative user research … that user research is often underutilized or even skipped altogether.

The user researcher serves a unique, but oddly, what some perceive as an optional function on a UX team. Of course, I don’t mean to say that user researchers should be optional. However, incredibly, many companies go without user research because a team can design a product or service without the benefit of knowing the user from first-hand user research, and it’s often not required that a team validate their design is actually usable before releasing it. Of course, foregoing research is a crazy idea, but in many companies, there is still such an immature understanding of the value of qualitative user research—especially when it’s juxtaposed with the seductive notion of big data—that user research is often underutilized or even skipped altogether.

Unfortunately, this continues to happen, even though user research was one of the first functions to appear in the field of User Experience. (Remember when we all called them usability engineers?) I think this has happened because everything else—including engineering, product management, and UX design—simply grew faster, and because these other functions truly are essential to launching a product or service. However, I predict this imbalance will right itself somewhat as more and more companies begin to realize the benefits of really knowing, through direct research methods, what their users need and understanding how to deliver it well. So user researchers should be ready to answer the call.

Having high-quality writers or content strategists on a UX team is less common, but these roles are extremely important.

Having high-quality writers or content strategists on a UX team is less common, but these roles are extremely important. Like the visual design, the words in a user interface are among the first elements with which users interact. This leads users, when they first experience a user interface (UI), to make a subconscious judgment about the product’s quality and relevance.

But unlike visual design, the content and information architecture are things that most stakeholders seem to feel they can and should alter themselves. This is unfortunate because, when content is not professionally controlled or at least guided, the result can be a patchwork of compromises and inconsistencies. To help solve this problem, some UX teams rely on providing clear content guidelines, as well as providing training for those who aren’t writers by profession, but desperately want to write copy. While in doing this, UX teams might seem to abdicate their responsibility for having dedicated writers write the words, content strategists who take this approach can at least gain the satisfaction of pushing the content’s voice and tone in the right—or at least a more consistent—direction.

Front-end developers aren’t always part of UX teams, but when they are, many things get easier and better because they can directly influence the interaction designers’ and visual designers’ decisions by helping them to make design choices that are more feasible. Plus, they can assist in constructing a testable prototype for user research or in producing a realistic demo for stakeholders or outside customers. Even if front-end developers aren’t actually on a UX team, they should be closely co-located—organizationally, geographically, or preferably, both.

These are technical professionals who deeply understand and can document the capabilities of the underlying systems a UX team is designing.

A more recent entrant to the UX team is the business analyst or systems analyst, depending on what your company calls them. These are technical professionals who deeply understand and can document the capabilities of the underlying systems a UX team is designing.

This function is becoming increasingly important to User Experience for a number of reasons. One is that the complexity of technical platforms and business rules is often so high that is unreasonable to expect the UX lead—usually an interaction designer—to keep all of this in mind, while simultaneously being acutely aware of the various user types, their differing needs, and product requirements. To help shoulder the technical load, business or systems analysts can define and clearly document complex business rules and provide design specifications to help ensure that Development understands and can build the intended design. This is especially necessary when developers are not local and are using agile methods, which typically means a reduction in design documentation.

Realistically, most UX teams can’t include all of these functions, so some degree of compromise is necessary. This might come in the form of having a single individual cover two or even more functions, as a hybrid player; having another team handle a function—for example, Product Management’s doing UI copywriting; or simply going without, as sometimes happens with user research. At a bare minimum, having a person who’s a combination interaction and visual designer is about the smallest set of primary UX roles you can expect to see on a given project team.

there is a set of universally important soft skills that everyone on a highly effective UX team possesses. These skills include collaboration, communication, quality consciousness, operational excellence, and innovation.

Now, turning our attention to soft skills, you might think these vary by function, but I’ve found that there is a set of universally important soft skills that everyone on a highly effective UX team possesses. These skills include collaboration, communication, quality consciousness, operational excellence, and innovation.

While it’s great to have all of these skills across all the members of a UX team, it is probably most important to see strong collaboration practices across as many team members as possible. UX teams usually have team members with very different backgrounds, training, and ways of thinking, so appreciating each others’ differences and collaborating effectively is critical. In addition, since User Experience operates in the midst of high-pressure company activities such as discovering and defining the next opportunity to pursue, then seeing that it’s developed as defined and launched on time, collaborating well with one another and with other functions is critical to success.

The next most important thing is for UX teams to have an acute awareness of all the soft skills the team collectively possesses and an agreement on who can play what roles, based on their individual strengths. For example, if one team member is particularly skilled at communication, she can often take responsibility for clarifying the intent of the work the entire team does, even if she isn’t the UX Lead per se.

Collaborating well with one another and with other functions is critical to success.

Having a focus on overall quality is always valuable, so any UX team should have someone who holds everyone to the highest standard of which they’re capable. Sometimes this is the manager of the team. Operational excellence is necessary to ensure that a team runs on time and with efficiency. This can also come from a leader or manager, but not always. Finally, an orientation toward innovation is a soft skill that we should expect from a UX team because so much of our work centers on creating new and better experiences that no one has conceived of before.

While not every team member may have an appreciation for all of these characteristics, universally valuing collaboration and having someone on the UX team who values each of these soft skills helps the team to be successful. Ideally, UX managers and leaders appreciate all of these skills, and their appreciation for them will guide the way they structure UX teams and processes. I would suggest that a working knowledge of soft skills and how to leverage them across a team are the hard skills of UX management and leadership in the 21st century. Without them, significant and consistent success as a leader is unlikely.

Vice President of Design, Research, and Enterprise Services at Capital One 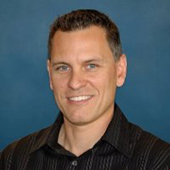 At Capital One, Christian leads all user research efforts and is head of design for identity, security, and API development. He was previously Chief Design Officer at Intel Security—formerly McAfee, Inc.—where he drove user-centered design for consumer and mobile products, from ideation through delivery. A veteran of user experience design and research, Christian has served in leadership roles at Yahoo!, eBay, and Move/REALTOR.com. Christian has a PhD in Symbolic Systems in Education—a branch of cognitive science—from Stanford University and a BA in Computer and Information Sciences with honors, from the University of California, Santa Cruz.  Read More

Other Articles by Christian Rohrer

Other Articles on UX Roles