The role of the UX designer is shifting from merely imagining and executing on solutions to fostering collective creativity and engaging all sorts of professionals in a co-creation process.

Should UX designers be able to facilitate teamwork and engage in organizational design? A few years ago, the most likely answer would have been: No. We have process consultants, Human Resources (HR) consultants, and all sorts of coaches to help organizations organize their people and processes. But today’s businesses are confronting some significant changes that impact the role of User Experience, as follows:

So it seems to me that now would be a good time to reconsider the answer to the question I posed earlier and think about how, as UX designers, we can better prepare ourselves for this shift. In this article, I’ll look at three key trends and their impact on our design practices.

The issues that UX designers are tackling have become more complex, and we’ve realized that we should embrace this complexity and include new ways of thinking and doing in our design toolbox.

The issues that UX designers are tackling have become more complex, and we’ve realized that we should embrace this complexity and include new ways of thinking and doing in our design toolbox. As Tim Brown has said:

“The rate of change has been dizzying, and today’s advanced technologies—AI, genomics, robotics, data science, the Internet of Things—have so outpaced our industrial-era organizations and infrastructure, they end up hitting institutional cul-de-sacs. The technologies don’t come to a halt, of course, they simply move on, seeking out other places where they race ahead. If our institutions are to survive, they’ll have to create new roadways. That’s a design problem—one that requires new rules of engagement with a broad set of collaborators.”

Some organizations are already taking on these challenges, while keeping design principles in mind. For example, consider The Powerful Now—a joint project of IDEO, SYPartners, and other design companies from the kyu collective—which is initiating a cross-sector collaboration to re imagine and redefine the experience of aging for old and young.

When tackling complex problems, traditional business approaches are not enough. Here is how Bud Caddell, an organizational designer and speaker, defines the problem and hints at a solution in his TEDx Talk on complexity:

“Connectedness begets complexity, complexity begets uncertainty, and uncertainty begets chaos. How do organizations prepare for events they can’t foresee? The answer lies in the science of complex systems, the most ambitious organizations of our time, and our own courage to embrace uncertainty.”

In helping groups of people to address today’s complex challenges, UX designers seek inspiration in complex systems. Nature is one such system, as shown in Figure 1. Biomimicrists and organizational designers gather inspiration from various natural mechanisms that have evolved over 3.8 billion years—from the way flocks of birds follow simple rules when migrating to how termites rely on indirect, local information to induce specific behaviors in their peers.

What does this mean for us, as UX designers? Here are two implications of this trend toward complexity:

2. Changing the Role of UX Designers

As the role of the UX designer shifts, people are coming to designers with a broader set of requests.

As the role of the UX designer shifts, people are coming to designers with a broader set of requests. It wasn’t like this just a decade ago, when organizations usually sought out UX designers as the folks who were excellent at solving creative challenges and worked on user experiences and the look-and-feel of user interfaces.

“There’s a whole change in how design is being used in the industry…. Having a designer with a traditional education is good, but working in technology requires a different mindset.”

Based on his research, Maeda suggests that companies need to evolve their thinking and, as shown in Figure 2, consider design as comprising three different competencies: classical design, design thinking, and computational design.

“Classical design is the education that designers currently receive in school, which is used in media like print and physical displays. ‘It’s art,’ he explained, saying that it will be around for centuries and will affect designers’ ability to be creative.

“Design thinking is geared [toward] those who are business focused. Those with this capability understand that, when execution has outpaced innovation, it’s time to explore how design can further shape the customer experience. Maeda also looked at universities and discovered that some business students sought out design courses, which he believes is good in order to create empathy.

“Lastly, computational thinkers are designers who have an understanding of algorithms and processes, especially those who can think about the customer experience in mobile apps, Internet-connected devices, autonomous vehicles, virtual reality, and other spaces.”

Design has become a very powerful tool for organizations, on many more levels than was formerly typical.

Maeda also notes that recent acquisitions of design firms by bigger players—especially Accenture, Deloitte, IBM, and Facebook—suggest that design has become a very powerful tool for organizations, on many more levels than was formerly typical. Another way of looking at this is to observe what organizations are hiring UX designers to do. They’re still hiring us for experience design, but the definition of experience has become broader.

In his TED Talk, shown in Figure 3, Airbnb co-founder Joe Gebbia suggests that his company is actively preserving their design culture and looks at all sorts of problems through a design lens. He shares the story of how Airbnb’s reputation for systems design enabled the company to become a trustworthy platform on which people were willing to go so far as to share their homes with total strangers. As with many other problems, the process of creating a system that let people feel comfortable renting out their houses became a designer’s job.

Here are two implications of the changing role of UX designers:

New ways of thinking and working demand that we re imagine how teams and organizations collaborate in support of new endeavors.

Technology giants like SAP and Philips have implemented design thinking throughout their processes. Corporations like GE and IBM have initiated experiment-based design practices. In the curricula of the best business schools, Design Thinking, Customer Development, and Lean Startup courses are in high demand. The agile practices of customer-focused design and quickly building and testing new product hypotheses have become mainstream, for both small teams and big conglomerates. These new ways of thinking and working demand that we re imagine how teams and organizations collaborate in support of new endeavors.

“You see, when you have a pack of designers roaming your halls, it’s hard for analytical cultures to integrate creative ones. The reason being that analytical cultures traditionally start with an answer, and then break the problem down into its constituent parts, whereas creative cultures start with questions and look at problems holistically. … Solving [these new] questions can’t be limited to digital experiences. We’ve been working on those for 30 years, and our hunch is that they’ve reached a ‘peak design’ moment. That’s not to suggest that digital experiences are unimportant or can’t get any better, but simply that they’ve become commoditized at this point."

This reality calls for other ways for designers to engage with businesses that go beyond just making organizations more digital and processes more agile.

Many companies are experimenting with new ways in which to organize work, supporting agile ways of thinking and working, and encouraging their employees to live in a more holistic manner. We’re seeing companies such as Google invest significant resources in researching teamwork and co-authoring books and papers on teamwork. Proactive startups like Spotify and Medium are seeking new ways of organizing teams so people can work together better—both more efficiently and more happily. Zappos has announced Holacracy, the company’s new operating system. Netflix’s Chief Talent Officer has shared the guiding principles behind the company’s human ecosystem and why they chose to sacrifice faster growth to attract the right talent and preserve their work culture, in a slide deck that Facebook’s COO Sheryl Sandberg has hailed as “the most important document to come from Silicon Valley.”

Increasingly, today’s leaders, coaches, and UX designers are confronting the challenges of helping organizations to adopt new ways of working. Some take their ideas from the natural world—for example, BioTeams—while others leverage the principles of better group organization—for example, Flox. Most of them recognize that entire teams must embrace change and focus on the ways people work together on small project teams.

For example, when working on Team Canvas, shown in Figure 4, my team used our knowledge of group dynamics and leveraged our experience working within organizations that consistently put teamwork at the forefront to create a simple team-alignment framework. Since we launched Team Canvas in October 2015, thousands of leaders and professionals working in various specialties have used the application—within small startups, established consultancies, and big corporations worldwide. The positive feedback that we get consistently suggests that team alignment is often sought, hard to capture, and highly appreciated. Not surprisingly, many of the people using Team Canvas are designers.

UX designers have become a creative force behind leveraging the collective intelligence of teams, enabling them to tackle greater challenges.

All of these trends suggest that, as UX designers, a big part of our work has become finding better ways for organizing teamwork and helping teams to devise processes that enable them to solve complex problems faster. What do these challenges mean for UX professionals?

Being at the forefront of such changes is more important than ever—if we want to ensure that UX design can take the lead. On your next project, think about new ways in which you can engage with other individuals and teams, ensure the right mix of disciplines, and achieve effective communications and good alignment across your team. Consider how you can help your team to achieve more by applying design methods to new challenges, embracing complexity, broadening the scope of UX design work, and taking responsibility for process design, as well as product design.

Awareness, innovation, collaboration, and the right solution are the building blocks of UXers mindsets. 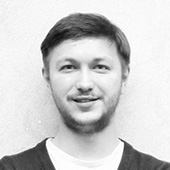 As an Innovation Designer at Philips, Alexey helps companies to create, shape, and test new products and services. He is a seasoned UX professional, who is curious about the design of company culture and the development of soft skills and teamwork. He practices these skills by conducting workshops, facilitating teamwork, and creating products like TeamCanvas.  Read More

Other Articles on Culture Change