Expand Your Influence: 6 Communication Techniques Designers Can Use to Earn Trust

Many UX professionals still struggle in trying to gain a high degree of influence over their organization’s overall strategy and direction.

While more companies than ever before have a desire to be more customer centric, many UX professionals still struggle in trying to gain a high degree of influence over their organization’s overall strategy and direction. At the end of the day, instead of leveraging their design-thinking, user-research, and empathy skills to guide the highest levels of decision making, many design teams still find themselves focused on creating UI designs under the direction of others. When I attend professional meetups and discussions on design management, much of the discussion often centers around tactics for establishing User Experience as the go-to resource for strategic direction. A common sentiment: “We need to be invited to meetings earlier in the process, so we can apply our way of thinking.”

In their UXmatters article “In Search of Strategic Relevance for UX Teams,” Jim Nieters and Laurie Pattison do an excellent job of describing several organizational tactics that serve to elevate the stature of design groups. One of the most important practices they point to is establishing a level of trust with key sponsors and stakeholders. It’s best to have executive sponsorship to advocate for design, prioritize investment in design, and defend a customer-centric design approach during planning and resourcing initiatives. Sounds great, right? The challenge is that you can’t simply find these sponsors and champions in your organization. You have to earn them.

In addition to many of the organizational practices that Jim and Laurie suggest in their article, there are elements of personal trust building that take place only through the process of working together on projects and initiatives. Your approach to talking about design, developing shared goals, and showing empathy for others in your organization is key to your success in earning trust and ensuring design has a greater impact.

There are elements of personal trust building that take place only through the process of working together on projects and initiatives.

How great it is when you find yourself paired with a product manager, client, or developer who simply appreciates your role and perspective right from the beginning. They ask for your opinion because they respect your credentials and contributions. When you give honest advice that might be difficult to hear, they say. “Thank you for speaking the truth.” Sounds great. Doesn’t it?

But the more likely scenario when you are first working with others is that they will be cautious in allowing you to influence them and defensive about the things they’ve controlled in the past. If you tell them something that is difficult to hear, they’ll likely perceive you as difficult, negative, or whiny. Building trust with most people starts with the recognition that it will build over time, starting with small points of consensus and recognition of value. Plus, the trust you build probably won’t be based on your user research or design expertise. You’ll likely build a majority of your success on how you handle the relationship dynamics—and that takes time.

In general, developing trust in business is hard enough. But establishing trustful relationships when working through a design process has its unique challenges. Everyone has an opinion on design—both from his or her own personal use and preferences and also from the perspective of product management or development. It’s very easy for UX professionals to get frustrated with others who may not have the training or background in the discipline of User Experience, but who have very strong opinions about what works and what doesn’t.

Successful design influencers have developed several nuanced strategies that help them have greater impact, get more acceptance of their advice, and even be sought out earlier in the development process.

In my experience, successful design influencers have developed several nuanced strategies that help them have greater impact, get more acceptance of their advice, and even be sought out earlier in the development process.

As critical thinkers and evaluators, UX professionals’ training teaches them to look for faults in a system and fix them. For example, the intent of heuristic reviews and usability tests is largely to find problems. But leading with criticisms and pointing out problems is a poor way of establishing trust with your collaborators. Demonstrate to them that you want your perspective and ideas to help them achieve their goals, by explicitly highlighting those goals in your feedback.

Use Language That Encourages Dialogue

Focus less on the actual advice you’re giving and more on having a dialogue that will help others eventually to see your point.

Based on our role as designers, we often feel that we should be the authority who makes design decisions. However, if we attempt to force our choices on colleagues, using language that doesn’t give our colleagues any room for discussion, they may feel shut out. Sometimes, in our zeal to get design decisions right and showcase our expertise, we can actually harm our relationships with others. A better approach is to focus less on the actual advice you’re giving and more on having a dialogue that will help others eventually to see your point.

Also, use words that empower other stakeholders to think openly and constructively about making improvements to a design, working with you, rather than raising negative implications.

Lastly, avoid using language that puts your colleagues on the defensive regarding their understanding of design challenges. Instead, put any potential miscommunication issues on yourself to facilitate constructive dialogue.

People who are successful influencers often point to their listening skills as a primary factor in their success. … You also need to demonstrate to your stakeholders that you are listening.

People who are successful influencers often point to their listening skills as a primary factor in their success. However, actually listening is only half of the equation. You also need to demonstrate to your stakeholders that you are listening. By reframing their comments and feedback from your perspective, you can actually demonstrate that you are really listening and reinforce the fact that you’re thinking critically about solving the core issue at hand for the benefit of your team.

A defensive stance is not conducive to building trust. As designers, once we’ve spent a lot of effort on a particular design, it’s human nature to defend our decisions and resist going back and redoing work. However, a defensive tone tends to heighten emotions in our discussions and cause others to be defensive about their perspective. Instead, recognize others’ positions and steer the dialogue toward the bigger picture. Reassure stakeholders that you are on the same page regarding design implications.

If we jump to offering our advice and dictating a design decision without articulating our thought process, we miss an opportunity to develop a deeper relationship with those with whom we work.

People are pressed for time and, during meetings, we quickly run out of time. But if we jump to offering our advice and dictating a design decision without articulating our thought process, we miss an opportunity to develop a deeper relationship with those with whom we work. As when a teacher requires students to show how they got to an answer, you’ll get more long-term value if you take your stakeholders along the path to your design decisions, considering various options and the advantages and disadvantages of each given design direction. When you do this well, you are simultaneously educating them about User Experience and helping to develop a consensus about the ultimate design decision.

But there’s a delicate balance in achieving this. You still have to present your design options confidently and provide a rationale for each of them. Presenting unfinished design options in the name of encouraging collaboration with stakeholders usually results in their seeing you as unprepared.

Empower Your Teammates to Own It

Research shows something that we know inherently: People like their own ideas and opinions best. According to Dolores Albarracin, William Hurt, Inge Brechan, and Lisa Merrill, people are about twice as likely to select options that support their own point of view than to consider opposing ideas. The trick, then, is to guide stakeholders toward agreeing with your advice, while making it seem like it’s their own idea. Remember, through humility and sacrificing any short-term glory and recognition, you can gain the long-term benefit of trustful relationships.

If you generally approach your work with the mindset that you are working with others to achieve common goals, it’s much more likely that you’ll be able to build a positive, trusted-advisor relationship.

Building trust in on-on-one and team relationships is not about subjugating yourself to others. There are times when you must be forceful in delivering your opinions and take a stand. However, if you generally approach your work with the mindset that you are working with others to achieve common goals, it’s much more likely that you’ll be able to build a positive, trusted-advisor relationship.

You shouldn’t be manipulative, insincere, or fake. Be thoughtful in your language, listen, and reframe feedback to bring others along through the design decision–making process. While these ideas may seem like common sense or small nuances in our presentation of ideas, these small things can add up over time, helping you to develop productive, two-way, trustful relationships. With more champions throughout your organization, hopefully you’ll be able to achieve greater influence overall.

Hmmm, this feels like it’s only applicable in the US, where everyone is nice to each other, doing everything possible not to hurt anyone’s feelings. It feels constructed and dishonest. Sure, you don’t have to be blunt all the time, but come on, be straightforward instead of cryptic. 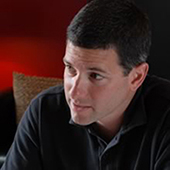 As Chief Design Officer at Mad*Pow, Mike brings deep expertise in user experience research, usability, and design to Mad*Pow clients, providing tremendous customer value. Prior to joining Mad*Pow, Mike served as Usability Project Manager for Staples, Inc., in Framingham, Massachusetts. He led their design projects for customer-facing materials, including e-commerce and Web sites, marketing communications, and print materials. Previously, Mike worked at the Bentley College Design and Usability Center as a Usability Research Consultant. He was responsible for planning, executing, and analyzing the user experience for corporate clients. At Avitage, he served as the lead designer and developer for an online Webcast application. Mike received an M.S. in Human Factors in Information Design from Bentley College McCallum Graduate School of Business in Waltham, Massachusetts, and has more than 13 years of usability experience.  Read More

Other Columns by Michael Hawley

Other Articles by Michael Hawley