Is it enough to solve problems or should we look beyond merely solving problems and make our solutions more desirable, more exciting? How can we go beyond problem solving and create desirable experiences through design?

As a UX designer, I have created solutions for many problems, but one simple question strikes me: is it enough to solve problems or should we look beyond merely solving problems and make our solutions more desirable, more exciting? How can we go beyond problem solving and create desirable experiences through design?

One Problem, Many Solutions

The simple use case of keeping time has shaped a huge industry for a very long time. But the industry’s primary use case has become secondary, if not trivialized.

For wristwatches alone, the sheer number of styles, types, and technologies available in the market is simply awe inspiring. For example, there are chronograph watches, big-date watches, moon-phase watches, digital watches, and smartwatches. Brands such as Omega and Rolex position themselves as status symbols for the elite. Brands like Citizen, Casio, and Timex mass-produce watches in many styles, with a variety of functions and purposes, targeting middle-income consumers. The smartwatch manufacturers Motorola, Apple, and Samsung are recent additions to the market.

When creating a design solution, we should consider not only the user’s need, but the user’s desired experience as well.

Each watch manufacturer offers a unique value proposition. For some, their watchmaking legacy or craftsmanship is the key. Some focus on unique functionality beyond what we usually expect from a watch; others, the aesthetic appeal of their watch designs. Some even offer limited-edition designs. Do we really need so many options? Probably not, but people want them.

The fact that so many companies have been successful in defining a unique value proposition and marketing their wristwatch products demonstrates the demand for products that have limited utilitarian value.

So, yes, when creating a design solution, we should consider not only the user’s need, but the user’s desired experience as well. We need to look beyond usability and consider desire. People purchase most things in part because of their desirability, not just to satisfy a need. What might be a merely utilitarian ownership experience can become a more fulfilling ownership experience when a product truly satisfies a want or desire—and often that desirability factor has no connection to the product’s functional value.

Let’s look at two different solutions to a simple problem: you come back to your office and need to hang up your coat. Figure 1 shows a couple of products that are potential solutions.

The first product is the simplest solution to the problem, ticks all the right boxes in an extremely predictable way, and matches users’ mental model. But, in my view, the second product goes beyond providing utilitarian value by delivering a much more desirable, more elegant solution. In addition to ticking all the right boxes and catering to users’ needs, it exceeds users’ expectations by being beautiful to look at and ignites the desire for ownership.

As designers, we need to look beyond utilitarian solutions and do everything possible to create the right user experience.

What do these examples teach us? Merely solving a problem or catering to users’ needs is not enough. As designers, we need to look beyond utilitarian solutions and do everything possible to create the right user experience.

Now, let’s think about what makes an experience better for users. What creates desire? There is no simple answer to this question. In fact, the answer will vary from consumer to consumer. According to “The Theory of 16 Basic Desires” by Professor Steven Reiss, everyone has the same 16 basic desires, but because individuals prioritize them differently, their intrinsic motivations differ somewhat.

In our example, the desire the second product generates probably stems from one of these basic desires or a combination of them. Perhaps, for example, social status—the need for social significance—and curiosity—the need to gain knowledge. Desirability triggers our want, and we get carried away and make impulsive purchases just to satisfy that desire. The added dimension of desire always results in a better product experience than that of a product that just solves a problem.

The Desire Behind the Decision

People’s emotions are, thus, a hugely important factor in human cognition and decision making. So we must factor in emotions when designing an experience. Emotion and utility must converge in creating a delightful, enjoyable experience.

A study by professor Antonio Damasio looked at decision making by people who have a damaged ventromedial prefrontal cortex—the region of the brain that normally generates emotions. Given logical decision-making factors, these people could quickly make a choice among the options. However, when they were given a choice with no logical reason for choosing one option over another—for example, selecting a dish from a restaurant’s menu—it took them more than 30 minutes to make a decision. They could not rely on logical reasoning in making their choice.

People’s emotions are, thus, a hugely important factor in human cognition and decision making. So we must factor in emotions when designing an experience. Emotion and utility must converge in creating a delightful, enjoyable experience.

Both of these products were desirable. They were beautifully designed and provided a perfect solution for music lovers who wanted to listen to their favorite music on the go. So, in addition to being beautiful to look at, they catered to users’ needs.

As Don Norman has explained, emotional design creates products that people buy to make them feel good about themselves. Our emotions are very closely connected with desirability. A product’s desirability may either elevate its owner’s image in society or make him or her feel good in some other way.

If you can design a product that users fall in love with, your product and even your brand will have their loyalty.

A very close friend of mine is a designer and owns an iPhone. But, no matter how much he complains and criticizes his iPhone, he still inevitably plans to purchase the next version.

When we love somebody deeply, we forgive or even ignore their mistakes. We are ready to overlook their shortcomings in favor of the qualities we adore in them or because of our emotional attachment to them.

Similarly, when a user is in love with a product, he or she ultimately ends up forgiving its shortcomings and continues using the product. That person is likely to buy the next new version as well. Love builds product loyalty and brand loyalty. So, if you can design a product that users fall in love with, your product and even your brand will have their loyalty.

The iPhone doesn’t stand out because of any unique features. All of its features are available in competing smartphones. The unique value proposition that an iPhone offers is its rare combination of ease of use and utility—which derive from effective problem solving—with its beautiful look and feel—which immediately attracts consumers. Pride of ownership factors into the user’s self-image. The iPhone satisfies multiple human desires and creates a consumer experience that makes people fall in love with the product.

Some of the research studies Don Norman mentions in his book Emotional Design are worth mentioning in this context.

In Japan, two researchers, Masaaki Kurosu and Kaori Kashimura, studied different user interfaces for banks’ ATM machines. All of the ATMs were identical in their function, as well as their button layout and behavior. However, for some ATMs, the buttons and screens were attractively designed, while others were unattractive. The study found that the attractive user interfaces were easier to use. This result might seem to be an effect of the Japanese culture’s inclination toward aesthetics. But another paper that N. Tractinsky published in 2000 reported that the result of recreating the same study in Israel was surprisingly similar. In fact, the user response was even stronger.

As a result of these studies, we can only conclude that people’s emotional responses overpower their logical, or analytical, brain. Our emotions are not under our control. If we like just looking at a beautiful product, we’ll most likely end up thinking it is more usable than it actually is.

While we might find it is quite difficult to justify the value of art and aesthetics from a purely utilitarian perspective, they end up forming the identity of our cultures, manifest themselves in and shape primary societal values, and in some cases, define the course of history. This happens because aesthetics touch our individual and shared emotions at a very deep level.

Similarly, in our age of affluence, consumer value is so intertwined with art and aesthetics that utilitarian need is no longer the driver of consumption. People’s emotions deeply influence modern consumption patterns, and the societal pressure of asserting one’s worth factors into the complex power equations of social hierarchy.

If you can use your problem-solving ability to create a product that has great utility—as well as characteristics such as desirability, elegance, and beauty—and inspires pride of ownership, you can create a delightful ownership experience.

There is no justification for designing something that doesn’t solve a problem. However, the whole world is ready to consume things based on their aesthetic elegance. We cannot ignore the value of beauty.

So, as a designer, if you can use your problem-solving ability to create a product that has great utility—as well as characteristics such as desirability, elegance, and beauty—and inspires pride of ownership, you can create a delightful ownership experience. Human emotions such as joy, pride, and love will enrich your product experience and actually give life to the product, making its ownership compelling and truly fulfilling.

It’s so wrong concluding, “If we like just looking at a beautiful product, we’ll most likely end up thinking it is more usable than it actually is.” Get your knowledge corrected.

Reply
Arindam Roy in reply to comment from Abilene Anderson:

I am glad that you have mentioned your disagreement about something written in my article. I think you have missed some part of my article.

The knowledge is based on multiple research sources. Please read the research details I mentioned in the paragraph above your quoted text. That same research has been quoted by Don Norman in his book Emotional Design.

In case you still want to discuss something further, please let me know, and we can discuss further in detail. 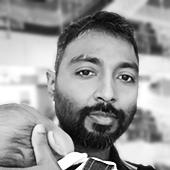 With over 15 years of rich, diverse experience, working with companies such as Infosys and CGI, multiple startups, and brands such as Cisco, Unilever, Daimler Chrysler, Toyota, and British Petroleum, Arindam has a deep understanding of and strong opinions about experience design. He has great empathy for users and often speaks about accessibility and inclusiveness as the core philosophy behind architecting experiences. Arindam has volunteered for multiple social projects as a designer. Working on such projects has always been very close to his heart. As a UX evangelist, he is committed to helping designers and sharing his thoughts with the world.  Read More