Sympathy Card to a Front-End Developer

There was one team member who took my fresh-eyed sketches particularly hard: the front-end developer.

Once upon a time, I joined an enterprise software team with a ten-year old product and an outdated user interface design. I was the first UX designer they had ever worked with. They didn’t understand my role on the team. In fact, they didn’t think they needed a UX designer at all. Even after I reviewed the product and explained how a redesign would benefit users, they still resisted. But, after doing extensive user research in their niche market, I began a complete redesign of their user interface (UI).

There was one team member who took my fresh-eyed sketches particularly hard: the front-end developer. The current user interface—every gratuitous drop-down menu, slider, and animated icon—paid homage to his years of service. For him, the user interface represented a scrapbook of memories. For me, it represented a collection of questionable design choices.

Out of respect for this developer’s grieving process, I decided to write this sympathy card to him—and all developers.

Over time, I began to notice the sequence of his negative reactions to my designs. In response, one day I muttered under my breath, “Geez, it’s like somebody died around here.” That’s when reality struck me. This developer actually was suffering a great loss: the death of his aging, outdated user interface. And his loss followed the familiar pattern of grieving—the five stages of grief that Elisabeth Kübler-Ross described in her book On Death and Dying.

So, out of respect for this developer’s grieving process, I decided to write this sympathy card to him—and all developers. My hope is that the lessons I learned from this experience will help other UX designers to honor the five stages of grief that front-end developers may experience when working with UX designers and soften this blow to our colleagues in development.

Denial is a natural defense mechanism and is often the first form of resistance that arises from a developer—s initial shock at seeing new designs.

Upon seeing the new sketches, the developer’s first reaction was to deny the reality of the situation.

Developer: “I’m sorry, I don’t think you can even do that in HTML. Errr, no, no…. Technically, this just can’t be done. Sorry.”

Denial is a natural defense mechanism and is often the first form of resistance that arises from a developer—s initial shock at seeing new designs. Buffering his shock through denial was less painful for him, so he disregarded my designs as a technical impossibility brought forth from some parallel universe. I assured my developer that such designs do exist in the known universe—and that they are actually well received by users.

Lesson for UX designers: Denial is just a temporary rationalization, and it carries people through the first waves of grief.

The developer is only human. He is grieving, so you should not blame him for his harsh words and anger.

As the masking effects of denial wore off, the developer had to acknowledge the reality of my presence and the painful changes yet to come. So he turned to anger as his next coping mechanism. Experiencing these intense emotions, he lashed out against the designs that would supplant his user interface—and their source, me.

Developer: “This is wrong—all wrong. You don’t understand this product. I do. Our users won’t like this. Stop sketching and listen to me! Have you worked on this type of application before? These designs are ridiculous! Why aren’t you listening to me?”

Lesson for UX designers: Do not take such intense emotions personally. Rationally, you know the developer is only human. He is grieving, so you should not blame him for his harsh words and anger.

The developer may try going around you, seeking refuge with a higher power—usually middle management—in an attempt to postpone the inevitable.

The bargaining stage came next. It was another normal reaction to the developer’s feelings of helplessness and vulnerability and his desire to regain some control over the user interface.

Developer: “Um, your colors…. Your colors are good. Let’s just take your colors and put them on the existing user interface. Then, can’t we just leave everything else alone?”

When this tactic fails—as it inevitably must—the developer may try going around you, seeking refuge with a higher power—usually middle management—in an attempt to postpone the inevitable.

Lesson for UX designers: You are not alone. Stay strong during this transition phase. Don’t compromise any key elements of your design. Soon, malaise will set in as your opponent tires, worn out from debating each and every design decision with you, and your developer’s active resistance will begin to abate.

The developer reluctantly began to estimate the velocity of developing the new user interface….

After hours of relentless debate and bargaining—over user interface controls, paging versus scrolling, and the need for intelligent error messages and task flows that reflect users’ actual needs—my stoic developer became listless—perhaps even depressed—and finally submitted to the new reality.

Developer: “You know, I never really cared about what the user interface looked like anyway.”

Lesson for UX designers: It is normal for you, as the usurper, to feel a little guilty during this phase, but don’t. Remember, the developer is not the loser, and you aren’t the winner. The winner is the user.

My developer’s cycle of grief was at last complete. Our relationship would survive….

Withdrawal marked the developer’s acceptance of his fate. Formerly, he had followed me around, volubly communicating his opinions on my designs through a running commentary. Now, he now projected an eerie sense of calm. In fact, we barely spoke at all. I recall hearing only one comment from him during this stage.

Developer: “Do all of the new product designs have to be implemented in this release?”

This was the sign that my developer’s cycle of grief was at last complete. Our relationship would survive—though our interactions were temporarily limited to his asking innocuous questions about my wireframes. When we finally laid the old user interface to rest, the developer became almost wistful.

Developer: “Remember when every UI control was a drop-down menu? And the Submit button blinked? Yeah, those were good times.”

But, gradually, the developer began reaching out to me, asking for some adjustments that actually improved the design. Hesitantly, we started collaborating on new feature sets together. He got involved with team planning activities again, as he began to recognize that the new user interface was a positive step for the company and users. When our colleagues dropped by his cube to congratulate him on the fresh new look, I saw a proud smile on his face. Then, he refocused his attention on his screen and continued implementing our new designs.

What Can You Do as a UX Professional?

Gradually, the developer began reaching out to me, asking for some adjustments that actually improved the design.

Remember, grieving has no time limit, and there is no right or wrong way of going about it. Everyone, even a UX designer, can help a front-end developer through this process. Just like anyone who is grieving, your developer may simply need some reassurance, a few kind words, and perhaps a big, virtual hug.

This grieving process is particularly true for Web site owners: Though knowing their Web site has to change to deliver better results, many perceive this change as a loss, at least in the beginning of the process. Interface designers should respect these feelings and act accordingly.

I’m confused… You made a sympathy card out of the 5 stages of grief and gave it to a developer? Sounds patronizing…

“I was the first UX designer they had ever worked with”—and with that thought the trauma problem deepens. If there are users, and they are experiencing something, there is always one or more UX designers. It appears the “front-end developer,” your definition, was also the UX designer whom you replaced without recognition of that fact after they had done the job for this product for a decade.

This is not to say that he was any good at UX design or had done any UX training that you would recognise as being worthy of the task. Their users may well have had consistently terrible experiences, compared to those your designs would elicit.

But one day, you, too, will meet someone appointed to your work team who has a different job description to yours, and who decides that no one is practising their particular specialisation. And they will believe all their ideas in that field are above the contemplation of compromise. Even if you have been successfully implementing concepts in that space for a particular product for a decade.

So be kind at all times. Acknowledge the work and success of predecessors, and prove the superiority of your ideas with empirical user research—never just a set of qualifications and a job title.

Brilliant! Your insights for me and other UX Designers are bang on! I am glad that the relationship heals. Maybe I can hope for it, too, now!

Thank you for this article! You just made my day. Not only is this well-said with humor, but it’s nice to hear I’m not alone. I have to admit, though… being this strong through the stages of grief is exhausting! It’s particularly challenging because we are often outnumbered when they get to to the bargaining stage, lol. 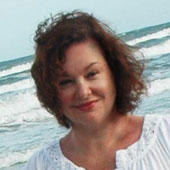 Carla has worked in User Experience for over 20 years, at Fortune 500 companies, as well as several startups. Her projects have ranged from interaction design to information architecture to product design. She has designed Web and mobile products for ecommerce and enterprise applications. Pursuing her particular interest in design systems, Carla currently leads the team creating a best-in-class design system for Pitney Bowes.  Read More