UX Design in a Nutshell: How the Design Process Drives Behavior

By David Service
No Comments

Constant innovation can come at a price: confusion among UX design professionals and stakeholders alike.

To help reduce this confusion, this article aims to do two things:

Doctrine, Strategy, and Tactics: A Framework for Understanding UX Design

Classical military thought breaks down any endeavor into the three spheres of doctrinal, strategic, and tactical components and provides the basis for a UX process model….

Classical military thought breaks down any endeavor into the three spheres of doctrinal, strategic, and tactical components and provides the basis for a UX process model, which is shown in Figure 1. [1]

A perfect example of a doctrine is the belief that underpins our modern UX design process: that we can best accomplish the goal of creating effective solutions for people by closely examining and understanding their needs, then designing our solutions based on that knowledge.

A doctrine is a statement of belief in the success of any undertaking or endeavor. It’s why you choose to do something.

A perfect example of a doctrine is the belief that underpins our modern UX design process: that we can best accomplish the goal of creating effective solutions for people by closely examining and understanding their needs, then designing our solutions based on that knowledge. This is human-centered design (HCD). Contrast this approach with the older doctrine of product-centered design, whose assumption is that solutions should be based on what we think people need, and users will learn to adapt solutions to their specific circumstances.

Your doctrinal belief fundamentally shapes what follows, which goes a long way toward explaining a lot of the confusion and hesitancy around UX design in some organizations.  Businesses that have grown successfully around product-centered design often resist abandoning an approach that has worked for them in the past and have trouble adapting to new ways of doing things—that is, human-centered design.  When UX professionals advocate cultural shifts within an organization, they’re really talking about changing the fundamental doctrine of how a company operates. Saying this is challenging would be understating the issue, but it does help us understand the nature of the change we’re advocating and why it can be so difficult.

Identifying an organization’s core belief, or doctrine, can help UX designers quickly determine what type of organization they’re working for and where the company actually is in its shift toward UX design thinking. Once you’ve established the doctrinal belief for your endeavor, you need to turn that belief into action by defining a strategy.

Both [waterfall and Lean UX approaches] have a human-centered design belief, or doctrine, at their core, but these approaches apply that belief in very different ways.

While your doctrine operates as your central belief system in the pursuit of success, you can begin turning that belief into action with a general strategy. To understand the strategies that you’ll employ in your UX design process, ask yourself: How can we take action to make an idea into a reality? Ready examples of UX strategies are traditional waterfall and Lean UX approaches. Both have a human-centered design belief, or doctrine, at their core, but these approaches apply that belief in very different ways.

A traditional waterfall UX strategy splits the design process into distinct phases—that is, research / discovery, design, and validation—which generally occur one after the other in creating a design solution.  A Lean UX strategy has the same HCD-driven belief at its core. In Lean UX, a product team collaboratively defines hypotheses based on user research, then through a series of rapid design iterations, creates a series of testable minimum viable products (MVPs). While both strategies share a common HCD doctrine, as shown in Figure 2, they take very different approaches in turning their beliefs into actions.

Armed with your broad strategic outline of how you’re going to turn this doctrine into action, you need specific tactics to accomplish that strategy.

Break your general strategy down further into specific actions, or tactics, that will enable you to realize your strategy.

Tactics are the specific steps and techniques you’ll use to accomplish your strategy. They’re specifically what you’ll do to carry out your strategy and realize your desired goals.

At this point in the design process, you need to break your general strategy down further into specific actions, or tactics, that will enable you to realize your strategy. These tactics are the individual tasks that you’ll need to accomplish to reach your goals. Your strategy determines not only the tactics you’ll use, but also how and when you should use them. Let’s consider how the traditional waterfall UX and Lean UX strategies differ on a tactical level.

First, we’ll look at the tactics for a waterfall UX strategy and how to apply them, as shown in Figure 3. With a strategy that breaks up the design process into various phases—that is, research / discovery, design, and validation—you’ll typically incorporate research tactics at the beginning of the process—for example, primary and secondary research, heuristic analyses, or SWOT analyses—including fully developed deliverables. While you may later refine or update these early research deliverables, you’ll rarely undertake them beyond the research / discovery phase. The same thing is generally true of design tactics—for example, wireframes, mockups, or prototypes—as well as for validation tactics—for example, live or remote usability testing, A/B testing, multivariate testing, or eyetracking.

Following a Lean UX strategy, there are differences in how you’ll apply each individual tactic and when they’ll be necessary, as you can see in Figure 4. Lean UX shuns complex deliverables in favor of testable minimum viable products (MVPs). Therefore, in a Lean UX approach, you’ll use research / discovery, design, and validation tactics very differently. The need for fewer or even no deliverables changes each tactic, and you’ll repeatedly use an array of tactics during each design cycle. [2] While subscribing to the same doctrine as a waterfall approach and achieving the same result, the differing strategy of Lean UX changes how and when you’ll use specific tactics.

Starting with Why: Advocating the Power of UX Design to Drive Behavior

The Golden Circle moves from the core aspects of why you believe you can succeed, to how you’re going to turn that belief into action, and finally, what you need to do to realize your final goal.

This three-tiered framework of doctrine, strategy, and tactics gives you a powerful tool to help you understand the different aspects of the UX design process and how they work together. But how does this help you advocate the power of UX design to stakeholders? How does this process help you generate results for your organization or client?

To understand the value of UX design for an organization, let’s turn to a powerful concept that Simon Sinek advocates in his wildly successful TED talk about organizations starting “from the inside out” [3]: the Golden Circle, shown in Figure 5. In his talk, which is based on the tenets of neurobiology, Sinek points out that, while we process complex information in our forebrain—specifically, the neocortex—the limbic hindbrain performs our actual decision making. The limbic portion of the brain is what regulates our feelings of trust, loyalty, and belief. The Golden Circle moves from the core aspects of why you believe you can succeed, to how you’re going to turn that belief into action, and finally, what you need to do to realize your final goal. Applying Sinek’s technique of “starting with why,” you can begin to see exactly how a users-first UX doctrine powers the design process and creates changes in behavior. Successfully applying this doctrine delivers a two-fold result in the organization’s ability to drive human behavior.

The first major benefit of this UX design approach is that it brings together the people creating a design solution in a meaningful way that drives success. By adopting a users-first doctrinal belief, the people in your organization can move forward with a shared set of aspirations. This organizational synergy activates a team’s sense of trust, loyalty, and purpose in the limbic hindbrain, which, in turn, makes attaining your business goals much more likely.  Everyone working on a project can subscribe to personally worthy goals that are based on a definitive UX doctrine, which carries a far greater incentive than just coming up with arbitrary outputs—for example, having someone tell you need a specific solution or feature without knowing why. Instead of solution creators’ jobs being based on features and outputs, they have a calling to fulfill that is based on a shared belief and the desire to contribute to positive user outcomes. From this starting point, it becomes much easier to translate that HCD doctrinal belief into the necessary strategies and tactics that will lead to success rather than approaching it the other way around.

The second major benefit of a UX design approach is that organizations are better able to reach out authentically and connect with their customers through the shared passion that created their products. In UX design, our doctrinal belief is that users come first. It’s not just about making solutions; it’s about making solutions that matter to people. The resulting attention to users’ needs is apparent to a product’s users, who will naturally get behind your organization because of your user-centric beliefs. (Think of people sitting in line to purchase the newest iPhone.)

“People don’t buy what you do, they buy why you do it.”—Simon Sinek.

Placing the three-tiered framework for understanding UX design on Sinek’s Golden Circle, as shown in Figure 6, shows a perfect overlap between the two models, demonstrating why the UX design process is so powerful for solution creators and users.

Far from this being a coincidence, this overlap gives us not only a framework for understanding everything that goes into UX design, but also shows us how it powers passion and innovation in product creators and users alike. By starting from a high-level belief about what we do—our doctrine—then moving into the specifics of how to make that belief a reality—our strategy and tactics—we not only understand the UX design process better, but also how to unleash its power to inspire. This combined model also explains why products fail when organizations start with features and outputs first. When there is no guiding doctrinal belief—or even an inauthentic one that’s gotten tacked on later in the process—the very thing we need to drive human behavior is missing.

“When we communicate from the outside in, people can understand vast amounts of complicated information, like features and benefits and facts and figures…, but it doesn’t drive behavior.”—Simon Sinek

Not only is the Doctrine / Strategy / Tactics model a useful way of conceptualizing what we do during the UX design process, it also offers powerful insights into why we do it.

As always, any questions, comments, and productive feedback are welcome. Until next time, keep making cool stuff. 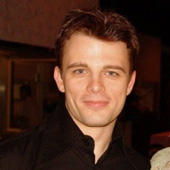 After graduating from the University of Toronto in Psychology, David began his career as a content and design specialist for several successful startups and quickly became responsible for running content and production teams. Once David had crafted experiences for several aggressive, small businesses and agencies, he decided to specialize in UX design as a way of helping people to accomplish more in their day-to-day lives. He has worked across service, product, and technology industries. David is an enthusiastic advocate of UX design as the best way to turn good ideas into great experiences.  Read More

Other Articles by David Service