When You Need a Product-Design Reality Check with Users

By Skot Carruth
No Comments

In 2001, Apple released the first version of iTunes. The app was simple, sleek, and easy to navigate and users loved it. So why did Apple, a perennial paragon of great design, decide to pack subsequent versions of the product full of features that users didn’t ask for?

Adding features users don’t want is a classic issue in product design. Even though users prefer simplicity in product design, companies rarely reward UX designers for removing features. Instead, they incentivize designers to add bells and whistles that make stakeholders happy, but often hinder users. Because Apple didn’t listen to iTunes users, they inflicted feature fatigue on them and, thus, frustrated their biggest fans.

Ensuring user centricity is the key reason behind experiment-driven design. The quickest way to discover whether a product’s users find value in a potential feature is to let them try it out for themselves. Giving users just what they want ensures simplicity.

Consider the alternatives: Other than user feedback, what else might provide the basis for your product design? Competitors’ offerings? Sales data from other products? Executives’ whims? None of these approaches can ensure the product meets the needs of its user base.

Especially in crowded markets, the standard for a successful product design is high. Consider mobile apps: There are already more than 2 million apps available in Apple’s App Store and more than 2.8 million in Google Play. To stand out, a new app must be unique. It needs to solve a user’s basic problem in a distinctive, efficient way. Only after a successful debut should an app’s makers design add-ons, Plus, they should consult the app’s existing user base at every step along the way.

When It’s Time to Talk to Users

Are you unsure about whether a particular design tweak requires user feedback? If you have to ask, it probably does. However, if your product team finds itself in any of the following three situations, it’s definitely time to seek user input:

Let’s explore each of these situations.

1. You haven’t yet created a prototype.

Once you’ve created a prototype or released a product, put it in front of users and rely on their feedback….

Is your design not quite ready for its red-carpet rollout? Put together a prototype and test it with users. Otherwise, all your feedback will come from internal sources such as product managers, executives, and other designers. Unless one of those groups is your target user, you need to get an external perspective.

Although we all want to be sensitive to our users’ experiences, it’s a struggle for us to demonstrate empathy and put our feet in others’ shoes. Why risk your product’s success or waste your team’s time by designing unwanted features? Join forces with your developers and tinker your way to a functional prototype that you can take to users.

Of course, no one would suggest that you throw out the early research behind your original product vision. Product hypotheses and early mockups hinge upon leveraging that information. But once you’ve created a prototype or released a product, put it in front of users and rely on their feedback rather than on your preliminary research. Leaning on your preliminary research later in the product design process is a surefire way to wind up knee deep in UX design debt. The likely result would be dissatisfied users.

2. Your design hasn’t left your office in four weeks or more.

If, after a month, your product isn’t ready for more user feedback, you’re either designing too slowly, iterating too infrequently, or accepting input from people who aren’t users.

Most companies have fallen for the fantasy of the genius designer, who heads into a cave and later emerges with a perfect, mind-blowing product. No collaboration. Just inspiration.

In reality, great designs don’t happen in isolation. So, if your product hasn’t seen the light of day for a month or more, take it to users. If, after a month, your product isn’t ready for more user feedback, you’re either designing too slowly, iterating too infrequently, or accepting input from people who aren’t users. The voice of your user is the most powerful design tool at your disposal.

To keep the need for user feedback top of mind, add usability-testing sessions to your sprint schedule. That way, testing will become part of the natural cadence of what you do. Otherwise, it’s all too easy to keep plugging away at the details of what might not even be a viable design approach.

It’s easy to end up with too many features. In the design of software, we call this alluring trap feature bloat. Why, you might wonder, wouldn’t users want every new, exciting feature under the sun? Extra features might not sound like a bad problem to have. But features that don’t address users’ needs are worse than useless. They dilute a product’s core value proposition.

For example, researchers who studied how overdesign affects the control software for robot swarms discovered that, past an optimal point, while additional design time caused the product to perform better in simulations, its performance was actually worse in the real world. In other words, while longer design cycles might make a product look better on paper, real users might not like the result.

No matter what kind of software you’re designing, accumulating UX design debt by waiting too long to validate your product concepts is not a good idea. Without consistent user input, it can be difficult to nail down which design elements work and which don’t. If you’ve waited too late to get user feedback, the only way to discover the true issues may be to take everything apart.

Imagine, for instance, that Facebook had debuted not as a simple social-media site, but as the complex, multifaceted ecosystem it is today. Beyond the fact that users wouldn’t have been able to discern its actual value proposition, Facebook wouldn’t have known which features were hits and which were bloat. If the company had offered sponsored posts, video content, and more from the start, it would have destroyed its own reason for being.

You’re doing everyone a disservice if you don’t seek and incorporate user feedback early and often.

Is it tough to tell your company or client that users don’t love the product design they’ve commissioned? Without a doubt. But you’re doing everyone a disservice if you don’t seek and incorporate user feedback early and often. Leverage users’ input to revamp your product and its features until users do find your product valuable.

The next time you or your product sponsors start to fall in love with a design, consider whether you’re giving users what they really want or you’re designing something that will simply satisfy stakeholders. Be honest in your answer. Anything other than user-centric design will ultimately dissatisfy everybody.

CEO and Co-founder at Philosophie 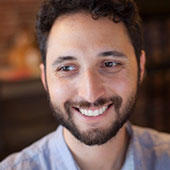 Other Articles on User-Centered Design