Enterprise software faces a number of UX challenges, including the following:

In cases where an enterprise is integrating two or more applications that have disparate, back-end data sources, UX research should guide efforts to align those data sources to achieve a seamless user experience.

There is a profound lack of information on UX-research approaches that are suitable for exploring integration issues for enterprise software.

This article is Part 1 of a series in which I’ll examine several critical software-integration considerations from a UX perspective. In Part 1, I’ll focus on how to characterize users’ mental models of the data that underlie enterprise systems. In cases where an enterprise is integrating two or more applications that have disparate, back-end data sources, UX research should guide efforts to align those data sources to achieve a seamless user experience. This article outlines specific approaches for characterizing both the current and ideal workflows for viewing, adding, or modifying data across multiple applications. It also identifies success criteria for use when evaluating integrated user experiences.

Think about the painpoints that emerge when the user must enter, update, and view customer information across several applications.

A lack of integration can contribute to a number of undesirable UX outcomes. For example, think about the painpoints that emerge when the user must enter, update, and view customer information across several applications. When integrated software does not leverage common data from a single back-end system—that is, the applications do not share data—the user must add or modify information multiple times. The need for redundant data entry

To understand how users might expect to interact with data across multiple applications, you must first know about the different types of data models that describe the relationships between the information that resides in the different applications.

Data Models and Their Impact on the User Experience

Understanding whether and how users expect disparate applications to share data is a critical component of any integration effort—whether the goal of that integration is to:

Figures 1–4 depict four primary ways in which the applications within a user’s ecosystem can share data. In these figures, all of the applications are necessary components of a user’s workflow. Therefore, the user must use these applications in conjunction with each other to accomplish a series of steps in a larger overall task—for example, updating a customer’s address across multiple applications after the customer has moved.

The user must manually enter the data in each application within the workflow. The user is fully responsible for ensuring that the data are accurate and consistent across all applications.

In the manual model, shown in Figure 2, no integration exists between applications. In such cases, the user cannot take even such rudimentary actions as pushing or sending data to connected applications; instead, the user must manually enter the data in each application within the workflow. The user is fully responsible for ensuring that the data are accurate and consistent across all applications. This results in additional work for the user and increases the likelihood that he may introduce errors or inconsistencies into the data. To compensate for this problem, users often bookmark each application and use multiple tabs or monitors to ease the copying and pasting of data from one application to another.

The user must manually enter data into one or more applications, only some of which permit the user to push data to some other peripheral applications.

Sharing data does not require the user to push or send data from one application to another; nor does it depend on user-initiated, manual data entry across multiple, disparate applications.

While the shared model eliminates the need for redundant data entry by the user and ensures the consistency of shared data across all integrated applications, users have raised a concern about sharing data across applications: if the data are wrong in one place, they’re wrong everywhere. Therefore, it’s critical to ensure the accuracy of data entry—both where the user initially introduces the data and wherever editing occurs. In a shared-data model, adding and modifying data can influence data quality because the system shares the data across all integrated applications.

Summary of the Data Models

Table 1 provides a summary of the characteristics of each of these data models, as well as their expected impacts on user behavior.

In general, there appears to be an inverse relationship between perceived risk and perceived effort. Therefore, as users’ effort increases, they often perceive less risk and vice versa. This is especially true for the shared model: even though the user’s effort is extremely low, there is an increased perception of risk. David Ropeik and George Gray’s research indirectly supports this perceived relationship between user effort and risk. The research shows that users’ perceptions of risk tend to increase when they perceive a lack of control.

To elicit users’ understanding of how data in one application relates to the same data in other applications, UX researchers must often use indirect ways of questioning them to surface their behaviors, attitudes, or motivations.

Users are not generally aware of their own mental representations of the way data propagate across the applications they use. Many are unaware of the rules that govern their own role in adding, updating, and distributing data across their applications. Getting users to articulate these beliefs explicitly can be challenging. To elicit users’ understanding of how data in one application relates to the same data in other applications, UX researchers must often use indirect ways of questioning them to surface their behaviors, attitudes, or motivations.

Contextual inquiry is a superior research method for investigating users’ mental models because it permits an open-ended, participant-led exploration and lets researchers ask follow-up questions and probe more deeply to understand the mechanisms behind users’ behaviors and attitudes.

When evaluating integration opportunities across applications, it is critical that you first establish how your users are currently engaging with their applications to complete their work. In defining workflows, you should document answers to the following questions:

Gathering all of this information lets UX researchers construct detailed workflow diagrams that depict the sequence of events in a workflow, who was responsible for each part of the workflow, where users entered data manually, whether an application required users to return to it later, and whether users included data-verification checks as a component of their workflow.

Figure 5 shows two examples of such workflow diagrams. They show the sequence in which users must update information in applications, whether they update data manually or push it to peripheral applications, and which users are responsible for specific parts of each workflow. Workflow #1 depicts a manual model, while workflow #2 depicts a hybrid model.

It is important to ask users why they do the things they do. This provides insights into the compensatory mechanisms users may have developed in attempting to deal with suboptimal workflows that fail to support their needs adequately. For example, asking a user why he keeps Application A open after entering customer information into it might reveal that the user needs to return to the application later to compare the information in Application A with that in Application C for accuracy. However, users rarely offer such details without some prompting because they don’t seem significant to them. So ask targeted follow-up questions to surface such details.

Don’t ask users to design a solution during an interview.

Once you have defined the users’ current workflow, it is important to spend time characterizing how users might prefer to accomplish their work differently. However, it is not fruitful to ask users, “How would you prefer to do this work?” Don’t ask users to design a solution during an interview. Instead, consider exploring the following questions:

Gathering this information from users gives UX, product, and technical teams a good idea of how best to support users’ needs as an organization pursues an integrated platform. Everything you have discovered by asking these questions provides the basis of your change-management strategy for UX integration.

Putting It All Together

If you haven’t documented the user experience before an integration, it won’t be possible to measure UX improvements that are attributable to that integration.

Once you’ve documented the users’ current and ideal workflows, you’ll have a solid understanding of what issues you need to address to best support users’ needs. You might be wondering why you should bother to define the current workflow rather then just skipping ahead and documenting only the preferred workflow. One important reason for defining the current workflow is to identify a pre-integration baseline. If you haven’t documented the user experience before an integration, it won’t be possible to measure UX improvements that are attributable to that integration.

Documenting the current workflow, the ideal workflow, and well-defined success metrics ensures that product teams collectively consider business goals, user needs, and technical constraints when making decisions. Best of all, you’ll have a story to tell that shows where the users started, where they ended up, and how well-defined success criteria enabled clear measurement of the users’ integration journey.

Ropeik, David, and George Gray. Risk: A Practical Guide for Deciding What’s Really Safe and What’s Dangerous in the World Around You. Boston: Houghton Mifflin Company, 2002.

That’s a great point, Henry! Perceived control would certainly be an interesting dimension to track, in addition to the ones outlined. Thanks for reading and commenting!

This is a much deeper analysis here than most UX explorations I have seen in the past that assume a greenfield design challenge, which is not the case for many organizations now.

FYI this related piece on a UX/integration challenge we faced and how we dealt with it in healthcare, has links to some of the concepts here, so openly sharing here:

Thanks again for openly sharing your UX thinking/work, 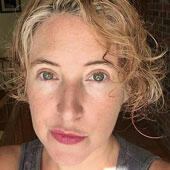 Amy has over 20 years’ experience as a professional researcher, both in the field of neuroscience and, more recently, in the UX space. She earned her PhD in Psychological & Brain Science from Dartmouth College. Amy’s training has informed her approach to understanding users. Her primary professional interests align with platform UX, a term she has coined to describe her approach to understanding the user experience from the perspective of platform-level concerns. These concerns include data sharing, data availability, permissions, and information architecture. Amy has dedicated herself to promoting the value of UX research among stakeholders and pioneering collaborative-research approaches for UX professionals, technical teams, and product managers.  Read More

Other Articles by Amy Chess

Other Articles on Enterprise UX Design