Mobile UX design focuses powerfully on both discoverability and efficiency.

The goal of mobile UX design is the design of positive experiences for the people who use mobile devices, wearables, and the services and apps that run on these devices. Mobile UX design focuses powerfully on both discoverability and efficiency. The success of a mobile app depends solely on how well it engages the feelings and attention of users.

An amazing UX design is the result of an efficient design process. The best mobile-app developers always keep the user experience in mind.

Why Is Mobile UX Design Relevant?

Mobile is a growing technology that more and more people are adopting. Mobile devices are convenient to use and are more readily available than a conventional desktop or notebook computer. Mobile UX design is vital to mobile-app development. The user experience of a mobile app encompasses the user’s entire journey when using the app, of which its graphic user interface (GUI) is just one aspect.

Research your target audience to understand customer needs and preferences.

The secret to increasing mobile-app engagement and to minimizing app abandonment begins with designing and building an exceptional application. Whether you’re developing an Android app or an iOS app, that requires great UX design. The following sections provide guidance for designing a great mobile user experience.

As with any business decision, it would be difficult to succeed without a clear goal in sight. Always set realistic goals. Document your goals, including how you’ll market your app. Once you have an idea for an app, check out potential competitors to understand its place in the current competitive marketplace. Most of all, it’s crucial that you research your target audience to understand customer needs and preferences.

Each operating system has its own design language, and you should adhere to the design guidelines for that particular platform.

Before proceeding to app design, first choose the platform for which you want to develop the app—whether iOS, Android, or even Progressive Web Apps (PWAs). This decision depends on the type of app you have in mind and why you want to build the app. Each operating system has its own design language, and you should adhere to the design guidelines for that particular platform.

App designers should take into account the button positions and navigation patterns of specific platforms. To ensure that your app feels, looks, and functions correctly, you’ll have to consider all aspects of app design for the platform you choose. This is key to success. Users would not hesitate to uninstall an app that doesn’t work well—and, as Figure 1 shows, 56 percent of users have experienced problems with apps.

Image source: “Users Have Low Tolerance For Buggy Apps—Only 16% Will Try A Failing App More Than Twice,” by Sarah Perez

Here are some essential guidelines:

Sketching helps you envision the logic and structure. Simplified designs focus on usability and flow.

Start by making sketches of the app’s user interface and information architecture, including the app’s navigation system. Sketching helps you envision the logic and structure. Simplified designs focus on usability and flow. Next, create wireframes.

Many describe wireframes as an app’s blueprint. They portray important functions, features, and content graphically, typically including the following:

Wireframes transmit your ideas visually, which later facilitates the development of detailed designs. At this point, visual design is not the priority. You could create your wireframes using wireframing tools such as Adobe XD or Sketch.

Why is wireframing a critical step? Wireframes

An effective UX design should have an instant impact on users. Studies have shown that 94 percent of first impressions relate to an app’s visual design. At the top of the list of features that influence first impressions are Web navigation and visual appeal. Making a good first impression could take an app to greater heights, so consider investing in a design that would lure users in.

But keep in mind that, although appearance is cardinal, a great user interface (UI) must also boost an app’s perceived overall quality. While the user interface defines how an app looks visually and behaves, UX design actually improves customer satisfaction by providing a smooth experience and optimizing an app’s usability.

Visual interface design includes colors, fonts, and iconography—among other visual elements—all of which should align with the app’s brand identity. Most importantly, the app’s visual design should be aesthetically pleasing. To build a picture-perfect mockup:

5. Build and test a prototype.

It’s important to test with at least a small number of participants who are representative of users or, if possible, actual users.

Create a minimum viable product (MVP). A scaled-down version of an app lets you inexpensively test all of the app’s key features and functionality. The goal is to optimize the foundation and structure of the app before uploading it to the app store.

Create and test a click-through prototype to get users’ feedback and determine whether changes are necessary. You could initially test the prototype internally, with people who work in other departments of your organization. But it’s important to test with at least a small number of participants who are representative of users or, if possible, actual users.

Creating a prototype and testing it with users could help you

Testing lets you identify problems during the early, experimental stages of an app’s design and development and formulate solutions for them. You can then iteratively revise your designs, reimplement them, and test them again to determine whether you’ve solved the problems you identified. Don’t proceed to beta testing until the results of your usability tests with users are satisfactory.

Rather than fixing all of the issues you identify at once—no matter how minor—consider working on the major issues first. Otherwise, you might need countless iterations. You can continue improving and upgrading the app with every generation.

The goal of UX design is to improve the ways users interact with and experience products. If you define clear goals, choose a platform, present your ideas visually, design the visual elements, and build and test a prototype, you’ll be able to create great mobile app user experiences.

Mobile games occupy larger and larger parts of our lives. Nevertheless, social media reigns supreme in the most-used applications on our mobile devices. These are very interesting statistics. 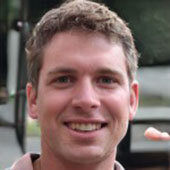 Charles has over ten years of experience as a business analyst at TatvaSoft UK, a leading iPhone app–development company in London. He is a progressive leader who can identify, initiate, and deliver analyses that leverage data to generate increased business value. Prior to joining TatvaSoft, Charles was a programmer for about three years. He likes mentoring BA professionals and, with his well-rounded knowledge base in engineering concepts, can help nontechnical people understand basic theories. Charles also enjoys exploring and writing about emerging technologies and ecommerce trends and best practices. He has published articles in many major publications, including Quirks, Search Engine Watch, and YourStory. Charles holds an MBA and a Computer Science degree.  Read More

Other Articles on Mobile UX Design