By Lydia Wright
No Comments

The majority of respondents were working in a UX role (58%), but other roles included digital, conversion optimization, user research, design, product, sales, and insights.

In May 2020, User Fountain conducted a study of the usability-testing industry to research digital professionals’ attitudes and opinions and learn how companies are managing usability testing and user research, as well as the challenges within the space.

For the study, User Fountain recruited 55 digital professionals, who work across a range of industries. The majority of respondents were working in a UX role (58%), but other roles included digital, conversion optimization, user research, design, product, sales, and insights. In this article, I’ll summarize the key findings of the study.

The greater depth of insights from in-person studies outweighs the benefits of ease of execution and logistics that remote studies offer.

Usability Testing: The Most Useful Method for Discovering Insights

What Organizations Are Testing

Usability testing of mobile Web sites and apps appears to lag behind, with only 42% of organizations testing mobile Web sites and 38% testing mobile apps. Plus, only 16% of respondents stated that their company invests in the testing of competitors’ sites to understand their competitors’ experiences or conduct benchmarking exercises. Figure 4 shows how frequently organizations test different types of user experiences.

The Number of Participants

This finding aligns closely with Jakob Nielsen’s guidelines for participant recruitment. His research shows that, with five users, you usually achieve approximately the maximum cost-benefit ratio for usability testing. However, if multiple personas with different needs represent your users’ roles, you should recruit five participants for each persona. Plus, for very low-overhead projects, just two users could be enough to gather some valid insights.

The Lack of Process in Many Organizations

There is a lack of clear ownership for usability testing in many organizations.

As I mentioned earlier, usability testing is one of the most useful sources of insights for digital professionals, and most organizations are completing studies on at least a quarterly basis. So it seems odd that such a high percentage of respondents state that there is no formal process for usability testing.

The Biggest Challenges of Usability Testing

The biggest challenge their organization faces when conducting usability testing is the recruitment of usability-test participants.

Of the respondents, 18% indicated that the biggest challenge their organization faces when conducting usability testing is the recruitment of usability-test participants. Plus, 11% of respondents stated that the quality of participants was their biggest challenge. Anecdotal evidence suggests that both of these challenges stem from the need to recruit niche audiences that they could not find on pre-existing usability-testing panels—such as participants with high salaries, specific job titles, or unusual interests. There is also frustration with the professional test participants who are on pre-existing panels, are too familiar with usability studies, and whose user experience doesn’t accurately represent that of the true user.

The next biggest challenge that participants reported was a lack of internal resources or expertise, which might also be responsible for some of the process challenges respondents described. No budget or a limited budget for usability testing was another common challenge, which likely inhibits the frequency with which organizations conduct studies and the internal resources they can assign to this work.

Figure 7 shows more of the challenges that organizations encounter when conducting usability studies.

The results of our study highlighted a number of key themes. While digital professionals value usability testing highly as a source of insights and many organizations are conducting usability testing on at least a quarterly basis, challenges exist with organizational processes and the successful execution of usability studies with high-quality participants. 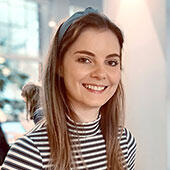 Lydia’s background is in conversion-rate optimization (CRO), and she has managed CRO teams working on some of the world’s biggest brands. She has been running usability studies for more than seven years. Since Lydia joined User Fountain, a managed service for usability testing, since has noticed the power of the insights that usability testing delivers and the positive impact they have on CRO programs.  Read More

Other Articles by Lydia Wright

Other Articles on Industry Report