By Kelly Franznick
No Comments

For smart products that connect to the Internet, creating prototypes early in the product-development process can be a challenge.

Prototype testing is a vital step in the UX research process. However, for smart products that connect to the Internet, creating prototypes early in the product-development process can be a challenge. Simple wireframes often fail to convey their intended interaction models or how they’ll function within an ecosystem of devices. Building digital-physical prototypes for such products is often expensive and time consuming and can be fraught with inefficiencies.

For example, creating a new feature might require designing a new circuit board and necessitate completely rethinking the product’s enclosure. As a result, deadlines often get pushed back so, by the time a prototype is ready to put in front of users, it may no longer be relevant. When you do manage to get an early prototype into the hands of real users, it might be buggy and fragile, leaving you holding your breath and hoping that nothing fails during testing.

Another challenge with early testing of physical prototypes can be the scale of the product and the user experience. For example, consider the scale of the requirements for evaluating an in-store experience that might leverage variations on mobile-phone usage, face recognition, and digital signage. The physical prototypes might encompass three mock storefronts, which would require using more space than many organizations have at their disposal. Let’s consider another example: Imagine exploring concepts for an infotainment system in a vehicle. Building a life-size, working, physical prototype would be a big commitment. Plus, testing it in realistic situations such as on the open road would be impractical for safety reasons.

Because of all the challenges of usability testing for such products, many organizations push UX research downstream. Or, if they do perform research, they just take their best guesses at solutions and leave many good ideas behind.

One promising alternative to creating a physical prototype is creating an interactive simulation of a product or experience by prototyping in virtual reality (VR). This approach lets organizations achieve faster prototype-development times, at lower costs, and provides more opportunities for UX research earlier in the product-development process.

Quick prototyping in VR is an excellent way of identifying needs and exploring concepts, but it’s less appropriate for ergonomics or fit-and-finish questions.

Observing a participant’s experience in VR is a UX researcher’s dream come true. VR prototyping tools provide unique, first-person views of what your research participants would see in real time. Plus, VR prototypes are highly scalable. You can deploy the VR experience to a single participant or 1,000 participants all over the world—for the same design and development costs. Because VR prototypes are software, they are easy to modify and reuse. You can freely explore product iterations with much less effort than cloning and modifying a physical prototype would require.

Do you need to test your product within the context of an office or a home? You could simulate either environment with a VR scene. Even better, you could either tailor the scene to your specific product or purchase a custom scene from a VR asset library for just a few dollars. If you would like to add voice recognition or access to data, you could easily do this with software. There would be no need to wait for your team to design and produce the actual hardware.

Although prototyping in VR is a relatively fast, nimble approach, you should think of VR prototyping as just one of the many testing approaches you might use on the road to a final product. In my experience, quick prototyping in VR is an excellent way of identifying needs and exploring concepts, but it’s less appropriate for ergonomics or fit-and-finish questions. But, by getting a lot of the major questions out of the way by testing in VR, you can save considerable time and money when you finally do need to invest in a physical prototype.

Tips for Creating a VR Prototype

Consider testing individual scenes in a user journey instead of trying to build one seamless VR experience.

If you want to get started conducting UX research with VR prototypes, there are many factors you’ll need to consider. Let’s look at four best practices for designing VR prototypes that are both engaging for your participants and informative for your team.

1. Think in scenes, not entire journeys.

When you’re thinking about your strategy for VR prototyping, consider testing individual scenes in a user journey instead of trying to build one seamless VR experience. This approach simplifies prototyping in VR and lets you discover the engagement details you care most about.

Let’s take a quick-serve restaurant as an example. You could create a VR prototype based on the steps a patron might take. But, rather than building a prototype that goes from the beginning to the end of the food-ordering experience, just create one scene that encapsulates a patron’s looking at the menu boards, another for checking out at the cash register, and yet another for receiving the food order. You can develop each of these isolated experiences independently.

Another benefit of breaking up a prototype-testing session into scenes is that, if there are errors or problems with any single, brief scene, it’s much easier to iron out these issues than the issues with one long encounter. By breaking your prototype into scenes, you could be saving your VR support-team members quite a headache.

2. Keep a wizard behind the curtain.

Use Wizard of Oz testing instead of programming automated responses.

Whenever possible, use Wizard of Oz testing instead of programming automated responses. Try coding the responses to participant behaviors and tie them to simple keyboard commands that a test moderator or assistant can activate. This method could eliminate the need to build a functional, intelligent, voice-recognition agent.

The key here is to develop testing environments that are not constrained by the software-development team. Instead, work with your VR prototype designer. We often use Wizard of Oz prototyping in home-automation scenarios that utilize voice commands to drive multiple responses from smart devices. In a recent study, we tested voice-activated, home-automation devices by conducting twenty one-on-one sessions in our lab. Not a single participant realized that a research assistant in a different room was controlling the device. I was pleased by the realism we created and how immersed our participants became in the scenario.

Locational audio in VR can add realism and responsiveness that allows users to become much more deeply immersed in the experience.

Audio is an important part of the VR experience, but teams often overlook audio in favor of the visual components of a prototype. Locational audio in VR can add realism and responsiveness that allows users to become much more deeply immersed in the experience.

When you’re designing VR prototypes, you must recreate the natural environment in which the user would use the product. You might not realize this at first, but even something such as a heating and cooling system running in the background makes a very distinctive noise. People might not give much thought to this noise, but would definitely notice its absence. That’s why it’s so important to include both ambient sounds and the sounds that any user interactions might trigger in your VR prototype—such as auditory feedback. For example, that could be running water from a faucet or a bolt sliding in a lock.

As you’re designing the VR prototype, you can also test out sounds and their spatial distance. Set the location of a sound so it changes as you get closer or further away. Often, the sound cues in a VR application give the user feedback that is necessary for them to interact properly with the prototype. For instance, if you were testing an in-home, robotic vacuum system and a participant gives the command Start cleaning, the prototype’s audio should mimic the sound of a vacuum turning on. Then the VR simulator should produce the sound of the vacuum moving about the room.

Perhaps part of the test would be to let the vacuum run in the background in a different room. Even though the participant might not be able to see the vacuum around the corner, its sound might be overwhelming, grating, pleasant, or indicative of an issue with the vacuum. Is it stuck under a piece of furniture? Sound is an important part of human life, so it’s a vital part of a VR prototype, as well.

4. Beware of the VR novelty factor.

VR is truly immersive and tricks the most primal parts of the human brain into believing it’s real. For many people, the novelty of the virtual world can distract them from the actual task at hand. It can be difficult to get participants to focus on the product itself. However, as a UX researcher, you need to gather data about specific aspects of your prototype, not VR in general.

Using VR prototyping for UX research can let you test much earlier in the design process and, thus, have even more impact on the overall development of the product. Prototyping in VR lets you test entire, high-fidelity product ecosystems—long before you’d need to make a significant investment in product development.

Product teams that are pursuing an empathetic, user-centered approach to design and development can benefit greatly from seeing their prototypes through the eyes of target users. Product stakeholders often get excited when they realize they can start the UX research process sooner using VR technology, decreasing both a project’s risk and their investment in building physical prototypes early in the development process. 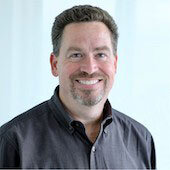 As the Chief Innovation Officer (CIO) and Co-Founder of Blink UX, Kelly helps this evidence-driven design firm innovate tools, services, and methods. While growing Blink from two to more than sixty employees, he has worked with clients from tech-sector heavy hitters such as Apple, Google, Amazon, and Microsoft to startups and nonprofits. Kelly has contributed to some of the largest and most successful product launches in history. He is passionate about making people’s daily interactions with technology more innovative, intuitive, and rewarding.  Read More

Other Articles on Virtual Reality