UX Paradise, Part 1: Milestones on the Road to UX Maturity

By Rolf Molich
No Comments

A good user experience is a competitive business advantage.

This is Part 1 in a series of four parts about the fictitious organization Delta Market and its journey from the lowest to the highest level of UX maturity. Part 1 of this series provides an overview of the series, presents some personas representing people who work for Delta Market, and outlines the UX maturity model that forms the basis for this series.

In subsequent parts of this series, I’ll describe some scenarios in lieu of actual case studies because case studies are hard to find. Often, organizations are unwilling to share such information because a good user experience is a competitive business advantage. Scenarios are particularly helpful because they have their basis in storytelling and are condensed and easy to grasp. My hope for this series is to encourage discussion and help organizations define their vision and set goals for their UX development.

Delta Market, which is depicted in Figure 1, is a chain of more than 500 medium-to-large, high-end grocery stores. The company has more than 50,000 employees and a market share of approximately 20%. Let’s explore some role-based personas that represent people who work for Delta Market.

Cecilia personifies the classic merchant mindset: Buy high-quality products at a low price, then sell them for whatever price a sufficient number of customers is willing to pay. She is always ready to consider any well-founded business case. She is also known to ruthlessly scrap any projects that do not deliver on their promise.

Mark became the Chief Marketing Officer (CMO) of Delta Market in 2011, after a long career at Alpha Market. In his final position at Alpha Market, he managed Alpha’s largest store, where he boosted its sales through several innovative marketing initiatives. He moved to Delta Market because he knew Cecilia and wanted to be part of her vision for the chain.

Mark considers constant care a core value for Delta Market and acts on that belief. People throughout Delta tell stories about a time when they were conducting a briefing on their product plan and Mark came in unannounced and sat down. Mark actively participated in the process to assure himself that it was working well and people were truly engaged in creating change. He excused himself once they had covered the quality component, saying, in effect, I trust you to manage the rest.

Huxley—or U-X-ley, as he prefers to call himself—already had five years of UX experience when he joined Delta Market in March 2012. He left his previous job because he was tired of being a sketch monkey and pixel mover in an organization that focused on creating cool features and beautiful visual designs rather than involving users in design. He wanted to work for an organization whose goal was to meet customers’ needs. Even though he knew he was in for some busy years, Huxley gladly accepted Delta’s challenging job offer in 2012.

Huxley has a master’s degree in software engineering. Huxley says, “I also speak the developers’ language, which is sometimes helpful.”

Susan: The Director of Support Services

Susan has been the director of Delta’s support services since 1998. Her well-trained staff carefully answers their customers’ questions. In early 2012, Susan became frustrated at seeing that her people were answering the same questions again and again. Susan said, “I have a top-20 list of problems—of which fourteen are probably simple to correct. But the product teams won’t listen!”

Wesley started in Delta’s IT (Information Technology) department in 1993. When the Web took off, he created Delta’s first Web site and advanced to become the manager of the Web department, which consists of about 30 people. Wesley’s attitude toward Susan’s top-20 list is, “Susan is exaggerating. After all, we have plenty of customers in our markets every day. Her requests are not as simple to implement as she thinks. The cool features that we’ll implement really soon now are much more important to our customers.”

Emma started as a communications specialist at Delta Market in 2008. She quickly became frustrated by the poor user interfaces of the IT systems, but had to defend them publicly even though she despised them. She supported Huxley in his early work—for example, by translating his complex, boring articles for Delta’s internal newsletter from Nerdish into plain English that is easy to read and maybe even entertaining. Then, in 2013, she joined the UX team. Huxley and the UX team sometime jokingly refer to her as their indispensable CPLO, Chief Plain Language Officer.

Delta Market hired Tom in 2020. In Part 3 of this series, you’ll see that Tom is not yet fully familiar with Delta Market’s way of working and sometimes inadvertently uses nonstandard methods. Tom had previously worked as a UX professional for a UX consulting firm, for more than ten years.

Huxley says, “Alpha focuses on adding cool features just as they’ve always done—and as Delta did before 2012. However, our goal is now to make fewer features function without friction.”

They implemented solutions to minor findings from usability tests, but mostly ignored major findings that would have been expensive to implement.

During his job interviews in February 2012, Huxley realized that Delta Market had a long way to go on its journey to UX maturity. Designers valued their individual freedom in creating designs. Instead of conducting user research, designers responded to complaints, relied on people’s personal opinions, or got input from friends and store managers, who insisted that they knew Delta’s customers very well. Store managers’ influence on design decisions was proportional to their store’s profit. Some rebellious Web designers did some usability testing, which management tolerated. They implemented solutions to minor findings from usability tests, but mostly ignored major findings that would have been expensive to implement.

January 2012—Based on her extensive experience from working at Delta Market since 1995, Cecilia sensed that great service and a frictionless customer experience would become key competitive factors in the future, so she decided to prepare Delta for that future. She also wanted “to do something about the scathing comments Delta receives from customers and employees about our time-wasting IT-systems.”

Acid comments from members of Delta Market’s Board regarding usability and UX problems also contributed to her decision. For example, Boris, a board member, said, “Yesterday, I wasted 20 minutes when placing an order for ten packs of Busch beer. It should have taken just one minute. Yes, I made a damn mistake by searching for Bush instead of Busch, but Delta’s ordering system should be at least as error tolerant as Delta’s friendly sales associates.” Bonnie, another board member, added, “My son-in-law works as an assistant manager in a Delta Market. Again and again, he complains about having to spend 30 minutes every day for staff planning when five minutes would suffice if IT solved the system’s obvious UX problems.”

March 2012—Delta Market hired Huxley from among 22 candidates. Huxley’s enthusiasm, vision, and nine-step approach to organizational change impressed Cecilia and Mark. (See Part 2 for more about Huxley’s nine-step approach.) Cecilia said, “Huxley listens and clearly presents both problems and realistic solutions. He speaks both the customers’ and my language.” Cecilia’s mission statement for Huxley was clear: “I am tired of hearing complaints about the poor experience that our customers and other users have when they interact with Delta’s IT systems. You have twelve months to prove that you can improve the experience significantly.” Figure 2 shows Cecilia and Huxley looking from the UX Swamp toward UX Paradise in 2012, just after Huxley joined Delta Market. At Huxley’s request, Cecilia and Mark promised Huxley some air coverage, as well as limited financial support during his first year. “However, we expect you to convince coworkers through the indisputable evidence and results that you produce.”

December 2012—Huxley and Mark reported to Cecilia, “Mission complete!” They substantiated their claim with data. Cecilia was pleased and asked them to continue their UX journey.

January 2013 to December 2019—Delta gradually advanced from the UX maturity level Performed to Predictable and beyond, as I’ll describe in Part 2 of this series.

January 2020—An independent, well-recognized UX consultancy determined that Delta Market had achieved the UX maturity level Innovating. Part 3 of this series describes a day in Delta’s UX department in March 2020.

[The] ultimate goal is to make customers fans of Delta Market because they associate the brand with a great user experience….

Cecilia, Mark, and Huxley’s ultimate goal is to make customers fans of Delta Market because they associate the brand with a great user experience, making them willing to pay more for Delta’s products.

High levels of UX maturity have brought the following benefits to Delta Market:

UX maturity is an organization’s level of understanding and implementation of a systematic, human-centered design process within the organization or a development team.

Table 1 shows Huxley’s UX maturity model, which is based on “ISO 33020: Process Measurement Framework for Assessment of Process Capability.” [1] Understanding this model may help you to understand the actions that Huxley took in moving Delta Market forward—in particular, those that I’ll describe in Part 2.

The remaining three parts of this series further describe Delta Market’s progression from the lowest to the highest level of UX maturity, Innovating. In considering Delta Market’s journey through all the levels of UX maturity, I’ll answer the following questions: How does the organization employ user research—for example, interviews, user-requirements definition, and usability testing—to determine its overall direction and priorities? Specifically, how does the organization collect, analyze, assess, and use user data in determining what types of projects they should fund? How does improving the UX process beyond the UX maturity level Established lead to a better user experience?

Part 2, “Draining the UX Swamp,” describes Delta’s journey from 2012 through 2020—from the lowest, Incomplete maturity level, “The UX Swamp,” to the next level, Performed, then follows their continued journey upward. By 2020, Delta had reached the highest level of UX maturity, Innovating.

Part 4, “The Customer Experience,” describes how Eva, a customer, experiences UX maturity in her interactions with Delta Market. This article also delineates the gap between Delta’s high UX maturity and the low UX maturity of Delta’s biggest competitor, Alpha Market. It also explains how to justify the substantial costs that are necessary to reach and maintain the highest level of UX maturity.

I am greatly indebted to Timo Jokela, who taught me to interpret the ISO 33020 standard correctly. Bernard Rummel, Susanne Waßerroth, Chauncey Wilson, and Dominique Winter provided inspiration and valuable comments on drafts of this series. 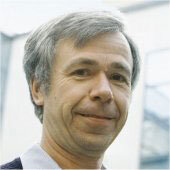 Rolf owns and manages DialogDesign, a small Danish UX consultancy. He is also the Vice President of UXQB, which provides UX-certifications. In 1990, Rolf and Jakob Nielsen coinvented the heuristic-evaluation method. Rolf is also known for his Comparative Usability Evaluation studies (CUE). In 2014, the User Experience Professionals’ Association awarded Rolf the UXPA Lifetime Achievement Award in recognition of his work on both Comparative Usability Evaluation studies (CUE) and heuristic evaluations. Recently, Rolf has applied his 37 years of experience in UX management in telling stories about UX life in organizations at low and high maturity levels.  Read More

Other Articles by Rolf Molich

Other Articles on UX Maturity