By Harnil Oza
No Comments

User errors occur when people are unable to interact effectively with your Web site or application.

All people make errors. User errors occur when people are unable to interact effectively with your Web site or application. According Don Norman, there are two types of user errors:

Other Web sites and … applications … have trained your users to expect your site or application to follow specific design standards and conventions and to engage with them in particular ways.

In such cases, you should test the functionality that is causing user errors, then redesign it to prevent or mitigate those user errors. In this article, I’ll provide seven tips for mitigating user errors that you should consider when designing a Web site or application.

2. Keep the user in mind throughout design.

No designer can really walk in the user’s shoes. To anticipate future errors, it is essential that know what your users want to do and how they’ll interact with your site or application. You can employ a variety of generative user-research methods such as user interviews, contextual inquiries, or observations to help you understand your users and their needs.

Conducting evaluative UX research methods such as usability testing and expert reviews can enable you to discover common user errors, help you understand why users are making particular errors, and learn about users’ expectations for how they can recover from those errors.

When designing solutions, always keep the user’s abilities and limitations in mind. For example, rather than overburdening the user’s short-term memory, display whatever information the user needs to complete a task.

When selecting participants for UX research, be sure to select participants who belong to your target audience and have similar characteristics to your actual users. Through UX research, you can learn how to better manage user errors and design solutions that mitigate those errors.

3. Clearly communicate what users can do.

A Web site or application’s affordances—the controls and other elements with which users can interact—should convey both the purpose for which users can use them and how they can manipulate them. Effectively communicating this information prevents user errors and is essential to the design of usable Web sites and applications.

4. Enable users to preview the results of their actions.

Users might sometimes be unaware of the full impact of the actions they take. For example, their edits to a document might have broader impacts than they expect. Or an interaction might have a completely unexpected outcome. Some users might want to experiment and look at the effects of various interactions. Enabling users to preview the results of complex interactions could prevent what might be destructive errors.

Providing a Preview button gives your users the ability to examine their work, verify that an interaction would have the expected result, and rectify any errors when necessary.

Designing an easy way for users to safely discard unwanted documents or media is essential. But users’ accidentally deleting one or more documents is a fairly common occurrence. Therefore, before deleting an object, make sure you verify that is the action the user intended to perform.

Let’s look at an example: The Google Photo app follows a two-step confirmation process before removing photos. The app even has a trash can in which deleted pictures go before the user removes them permanently by emptying the trash can. Other platforms such as Netflix lack such capabilities so, if users accidentally delete their installs, there is no going back.

Be sure to decide when to use confirmation boxes with care. If you repeatedly ask the user Are you sure you want to do this? he’ll probably get annoyed and could abandon your site or app. Adding too many confirmation boxes would cause them to become meaningless to users. At some point, they would just click to confirm to get rid of the obstruction, without even checking their work. This could generate even more user errors on your platform.

6. Provide a safety net for users and support multilevel undo.

Providing an undo features reduces users’ stress because, if they make an error in their work, they can restore its previous state, then resume where they left off.

Despite all your other error-prevention measures, user errors are bound to occur. When this happens, it is essential that you provide an easy way for users to undo their actions, without risking their losing any work.

All Microsoft products provide a multilevel undo feature. So, up to a point, users can undo their previous actions in reverse order whenever they want.

Providing an undo features reduces users’ stress because, if they make an error in their work, they can restore its previous state, then resume where they left off.

Never assume that your users would know what to do without any help. For example, someone using a film-making app for the first time might be unaware of how to begin their work. But brief messages or small pointers such as Post a video here can assist them in finding their way around. The retirement-savings calculator that I use gives clear instructions, using phrases such as I make, which helps users avoid making errors.

Users are bound to make errors, no matter how good your design solutions. However, it’s possible to prevent mistakes from becoming a common occurrence and, thus, enhance the user experience. By designing usable user interfaces and communicating effectively with your users, you can certainly reduce the number of errors they make.

By following the simple tips I’ve provided in this article, you can help your users to work more confidently, communicate with them more effectively, and ensure that your site or application is a long-term success. 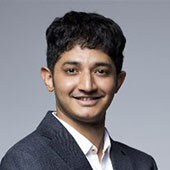