By Vijay Chauhan
No Comments

The frontend, or client-side, refers to the part of a Web application or site that runs in a Web browser—the part that users can see and experience.

What Is Frontend Development?

The frontend, or client-side, refers to the part of a Web application or site that runs in a Web browser—the part that users can see and experience. It typically includes buttons, menus, and navigation bars and comprehends everything else with which the user can interact.

The developer’s main objectives for the frontend are to create a Web application or site that has good performance and is highly responsive.

What Are the Frontend Languages?

The following frontend languages are foundational to all Web applications and sites:

What Is a Frontend Framework?

What Is Backend Development?

The backend refers to the hidden parts of a Web application or site that users cannot see—the code. It comprehends all the functionality that users can access digitally. Just as the frontend is the client-side, the backend is the server-side. Its main functions are to store, manage, and structure data and ensure that the client-side works without any glitches. It is also called the data-access layer. The backend is the code that runs on the server. It consists of a combination of applications, databases, and servers.

What Are the Backend Languages?

Typical backend languages include the following:

What Are Backend Frameworks?

Backend frameworks … can save you time and are robust, secure, and scalable.

Backend frameworks are the foundations that help developers to develop Web applications more quickly and in a more standardized way. They can save you time and are robust, secure, and scalable. There are many backend frameworks. Here is a list of a few popular frameworks:

What Are the Main Differences Between Frontend and Backend Development?

The frontend is about the visual aspects of the Web site, while the backend is about everything that happens in the background and makes the frontend Web experience more functional.

As you can see, frontend development is very different from backend development. Moreover, they require different languages and frameworks. Now, let’s consider the main differences between the two. 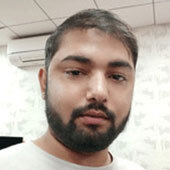 Vijay is passionate about reading and writing content about Web-application development, mobile-app development, SMART TV app development, and DevOps. He enjoys creating small applications using the latest JavaScript library. He has about five years of experience as a blogger. You can reach out to him to discuss emerging technology trends and their impacts.  Read More

Other Articles on Web Site Development