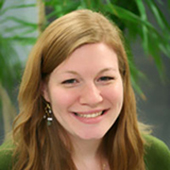 Based in New York City, Whitney is an independent UX design consultant. She helps make stuff easy and pleasurable to use. Whitney is a strategic partner with Happy Cog and UX consultant for boxee, among other startups, agencies, and major corporations. Prior to going independent, she was on the design team at Liquidnet. Previously, she was an interaction designer at the marketing agencies Digitas and Tribal DDB, where her clients included American Express, The New York Times, Allstate, Claritin, Tropicana, and EarthLink. Though she began her higher education in computer science, Whitney received a Bachelor of Arts in Professional Writing and a Master’s degree in Human-Computer Interaction from Carnegie Mellon University.

Whitney writes about improving the human experience on her blog, Pleasure and Pain.

A column by Whitney Hess

Does Your Client Need a Consultant or an Agency?