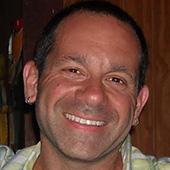 Warren gets great satisfaction from knowing that he can help people through design. He believes customer empathy and a desire to simplify are two of the most important traits that a designer must possess. Warren received his BFA in Communication Design from Pratt Institute in 1990 and has been designing professionally ever since. He spent over twelve years at Intuit, most recently as Principal Designer and Team Manager for a team of eleven designers, usability engineers, and writers. Warren joined Gazelle in 2014, where he is responsible for the user experience of both the Trade-In and Direct Store sites. Previously, he worked as an independent consultant for two years. Warren has recently begun offering free, in-person, UX-design mentoring to small groups. He is also a fine artist with a studio in Boston.

4 Tips for a Great First-Use Experience

Is Focusing on Agile or Lean Damaging the Practice of UX? Part 2

What to Do When You’re the Only UX Designer on a Project?

Books That Have Influenced Our UX Careers, Part 1: Design

The Next Big Thing in User Experience, Part 2