VUIs have tremendous potential for enhancing the experience of any mobile phone user.

When you hear the term voice user interface (VUI), what comes to mind? Most likely, memories of an interactive voice response system (IVR) for customer service arise. IVRs are certainly not going away. For many companies, they remain the foremost contact point with customers. But voice user interfaces are more than just IVRs. In fact, VUIs have tremendous potential for enhancing the experience of any mobile phone user. As the use of mobile devices and applications proliferates internationally, understanding how to integrate, or mash up, graphic user interfaces (GUI) and VUIs is becoming critically important.

Among the considerations for designing a VUI is emotion. An article in Communications of the ACM, “Speech Interfaces from an Evolutionary Perspective,”

noted that, traditionally, humans use speech with other humans who are in close proximity. Therefore, when a person speaks to or listens to a voice user interface, the person assumes a certain amount of emotional involvement with the interface. Ignoring this assumption can mean disaster for a VUI. To help bring attention to the issue of emotion in VUI design, this article describes some important factors in VUI design and provides some examples of voice user interfaces.

VUI designers have a special challenge to overcome—thanks to the common, and often poorly designed, customer service IVR. Many people have had bad experiences with IVRs, such as the following:

Most people simply are not excited about using IVRs, and many people even hate them.

People have also used IVRs in the context of performing mundane tasks or resolving inconvenient problems. Therefore, users’ feelings toward these tasks have become associated with the voice user interface. In our testing of IVRs with users, we have rarely seen a user rate a customer service IVR as better than satisfactory. Most people simply are not excited about using IVRs, and many people even hate them.

Although these negative perceptions of VUIs pose a challenge, we are confident designers can overcome them. A mobile VUI is useful for many situations beyond customer service—such as when traveling or doing field work. To get or provide information quickly and easily on the go, it’s often easier to say a command than type using a mobile keypad or use a small GUI. For instance, AT&T Labs has prototyped voice-controlled applications that use AT&T Watson Speech Recognition technology. One recently released application is a voice-enabled Yellow Pages.com mobile Web site for the iPhone and BlackBerry. Simply by speaking, users can now enter search criteria.

We think VUI options for mobile applications will only increase as the technology continues to improve.

We think VUI options for mobile applications will only increase as the technology continues to improve. In addition to being useful in diverse situations, mobile phone user interfaces include a visual component that greatly reduces the usability drawbacks of voice-only user interfaces—such as getting lost. Finally, to improve user perceptions of VUIs, their designers can pay better heed to emotional factors in the design of any VUI voice, whether for a mobile mashup or a classic IVR.

For a VUI, the voice is not unlike the colors and images in a GUI. It is a key means of giving the interface a feel, or tone.

For a VUI, the voice is not unlike the colors and images in a GUI. It is a key means of giving the interface a feel, or tone. Many of the recommendations that follow require a good relationship with professional voice talent, or the person recording sentences, words, and sounds for the interface.

The Near Future: Analyzing the User’s Voice

By analyzing the user’s tone, volume of speech, and choice of words, an IVR system can determine whether a user is in an extremely emotional state and respond accordingly.

Speech-recognition technology is the capability of a machine or program to recognize and carry out voice commands or take dictation. As this technology grows more sophisticated, it will recognize not only what a user says, but also how the user says it, and, consequently, enhance the user experience. Two applications that are becoming more common include

The future for VUIs, both in mobile mashups and IVRs, is bright. As speech technology blossoms, emotion will play a more significant role in VUI design. Already, we can better attune the VUI voice to a user’s emotions. Very soon, we’ll be able to analyze a user’s voice for emotional state, then have the VUI react accordingly. UX professionals can design VUIs to address emotion effectively and, thus, make the most of the voice user experience.

To be honest, you could provide me with a VUI that featured a flat, robotic monotone, and I would be happy if it led me to a resolution of my task.

Everything you mention about VUI design seems worthy, but until these systems start enabling users to complete their tasks, even a voice using appropriate timbre, pitch, volume, and so on will still have many users hating using such systems.

Considerations of the user’s experience seem to sometimes be the farthest thing from the design of most voice mail labyrinths. From making medical and dental appointments to getting the tax bill address from your mortgage company, we’ve all been subjected to several levels of “Choose one of the following choices” before finally finding the option we needed or being given the option to speak to a person who can answer the question. Anything designers can do to reduce the layers of options or to make the voice less annoying would be a big improvement.

Gary and Margaret—We couldn’t agree with you more. Usability will always be a critical facet of the VUI experience. You both illustrate ways that VUI usability can fail. We feel that there is plenty of literature out there talking about how to improve VUI usability. But perhaps a future article that summarizes some key usability tips is in order.

Our article sought to focus on other facets of the VUI experience, especially desirability and credibility. As VUIs become more than IVRs and integrated with more products and services, we think emotion will grow more important to the experience. And, as in the case of sensing a user’s emotional response, considering emotion could actually improve usability.

Thanks! Colleen and Darnell

Thank you very much for this very informative article. I have been searching a lot to read about VUI.

Innovation Engineer at Workplace of the Future Technologies 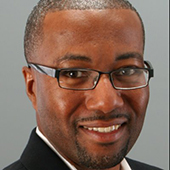 For over 10 years, working with companies such as AT&T, Cingular Wireless, IBM, HP, and EzGov, Darnell has designed and developed innovative user experiences for mobile phones, interactive voice response systems (IVRs), and the Web. He is currently focused on developing CCXML, CallXML, and VoiceXML software solutions for small businesses.  Read More 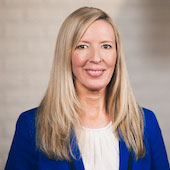 A pioneer of content strategy, Colleen is author of The Content Advantage: The Science of Succeeding at Digital Business Through Effective Content and founder of Content Science, an end-to-end content company that turns content insights into impact. She has advised and trained hundreds of leading brands and organizations to help them close the content gap in achieving their digital transformation. A passionate entrepreneur, Colleen has led Content Science in developiing the content-intelligence software ContentWRX, publishing the online magazine Content Science Review, and offering certifications through their online Content Science Academy. She has earned recognition as a top instructor on LinkedIn Learning and as a Content Change Agent by Society of Technical Communication’s Intercom Magazine. She is also one of the Top 50 Most Influential Women in Content Marketing and one of the Top 50 Most Influential Content Strategists. Colleen holds a B.A. in English and Technical Writing and an M.A. in Technical Communication from James Madison University.  Read More

Other Columns by Colleen Jones

Other Articles by Colleen Jones