By Junaid Asad
No Comments

Social networking is now the number one reason people get online.

The emergence and rise of social media [1] have been nothing less than phenomenal. In the perennial battle between patterns of intellect and patterns of society, the rapidly spreading influence of social media has initiated the most significant shift toward dominance of intellect [2] in recent times. A groundswell [3] has unmistakably occurred. Social media’s rise has induced a paradigm shift and changed the way the common man perceives the Internet immensely. Social networking is now the number one reason people get online. [4] Getting the world out of the socioeconomic rut it was in required something of this magnitude to come along.

Anyone who has any doubts about the ascendance of intellect over society can read some of the case studies of recent social media influences that authors Charlene Li and Josh Bernoff of Forrester Research have so well documented in their book, Groundswell: Winning in a World Transformed by Social Technologies. [5] They describe many instances in which a rational idea has triumphed over the rules of society beneath which it was originally supposed to exist. Rationality is unmistakably one of the traits from which social media derives its strength.

Hartmut Esslinger, the first superstar of High Tech Design, says, “‘Design’ isn’t a clear-cut talent profession, but one of coordination and catalyst between human needs, science and technology, business and economy, as well as sociology and ecology.” [6] There have always been attempts to take a step back, observe from a higher level of abstraction, and design applications and products in a social context. With intellectual patterns influencing the world more than ever before, it has now become easier for design to emerge from a social context rather than be overridden by it.

The technologically advanced society of today has been through various cycles of technology change and adoption and has many experiences from the past to draw upon—which is one significant reason why the rise of social media has been so rapid.

Societies follow a typical pattern of technology change and growth. Initially, technology alone drives what a user experiences. Within a technological framework, the features and attributes of a product are basically predetermined—primarily due to a lack of options technology could provide them. The features developers want to incorporate in subsequent versions are often calls for future technology. With advances in technology and the ever-present need to stay afloat and above the competition, a layer of additional considerations can creep into a product’s design. The technologically advanced society of today has been through various cycles of technology change and adoption and has many experiences from the past to draw upon—which is one significant reason why the rise of social media has been so rapid. [7]

One culture might define a set of social media best practices based on certain limitations of its technology, while a different culture might define best practices based on technology’s attributes. For example, similar to the presence of certain navigation elements on ecommerce sites that have now gained universal acceptance, there will soon emerge interaction patterns and best practices that people associate with social media across cultures. [7] Without question, technologically advanced cultures will hold more clout in defining this set of best practices—quite simply, because they happened to be the first to dive into the technology adoption wave.

Since the emergence of user-centered design, UX designers have consistently placed users’ needs at the heart of design decisions.

Particularly in the context of the Web, one way design [7] is what happens when a user experiences an environment that has been designed primarily by someone else. During the phase of technology adoption, users accept design limitations and adapt to the technology as best they can—perhaps without utilizing every feature on offer. Plus, there is no guarantee that users will employ every feature incorporated in the design in the precise manner intended. Some have called this phase Design 1.0.

When UX designers began designing applications to cater primarily to a set of profiled users—necessitating input from those users to define design success—it set off the next phase in design evolution—user-centered design. The rise of the UX profession and the universal acceptance of the value user experience brings to the table have occurred during this phase. Since the emergence of user-centered design, UX designers have consistently placed users’ needs at the heart of design decisions. Throughout this phase, user researchers with advanced degrees in psychology have begun to have more clout, because of their expertise in studying and profiling users, identifying and defining their characteristics, and enabling designers to base design decisions on specific data. Through the practice of user-centered design, the designs that have emerged from requirements gathering, the rigors of usability testing, and subsequent modifications during iterative design have enabled users to accept and utilize a product’s features to the fullest extent possible. We might term this phase of design evolution Design 1.5.

With the rise of social technologies, one-way design is no longer enough. The collective intellect of users, arising from the societies they represent, now has the biggest say in what could be considered a design success. Because of advancements in technology, users now have the power and freedom even to design their own user interfaces, according to their whims and fancies, ignoring recommended UX best practices. With social technologies, users often have the freedom to choose sets of features they would like to use in applications and even where they want to interact with them. Similar to the popular use of the term Web 2.0, we might now refer to the current phase of design evolution as Design 2.0.

We need to factor in a new set of dependencies when designing products for countries that fall outside the West’s developed economies.

Top technology corporations across the world have recognized this trend and are aligning their business strategies to keep social context at the core of their efforts. One tenet of the “Nokia Design Manifesto” is: “Design has a social function and its true purpose is to improve people’s lives.” [8]

In a recent whitepaper, “Digital User Experience Strategies: A Road Map for the Post-Web 2.0 World,” [9] Jerome Nadel of Human Factors International (HFI) talks along similar lines about technology adoption, in relation to opportunities that have opened up in the global market. We need to factor in a new set of dependencies when designing products for countries that fall outside the West’s developed economies. Citing the example of the Intel Classmate PC project, [10] Nadel impresses on us the need to evaluate and take note of users’ ecosystems and the social context of use during design. In “The Washing Machine That Ate My Sari,” other HFI research along similar lines documents design flaws that surfaced in various products primarily because of their design not matching the social context of use. [11]

Within the changing landscape, I see UX practitioners as ideally placed to influence interaction patterns, user interface designs, and information architectures for social media environments and drive designs that require a social context for optimal use. We are in a position to define social media best practices and influence what people will accept universally as the social technology norm. UX practitioners are those best prepared to define the user interfaces for use in social settings—that enable the individuals within a society to use technology effectively. The rules of engagement might be slightly different, but it will take just a little effort on our part to identify and understand the differences inherent in social media and adopt best practices accordingly.

Thus, Ho concludes that there are quite a few factors we need to take into consideration when designing for social media. Because social media settings are very context dependent, we cannot define any universal rules—rights and wrongs—for designing them. Therefore, Ho recommends that, as a step in the right direction, we make usability testing an essential part of our process when designing every facet of a social media application.

Addressing the needs of social media in design requires additional effort and interest on the part of UX designers, to keep track of the capabilities and limitations of emerging technologies.

The rapid rise of social media has been pretty overwhelming. Adding to our predicament is the fact that social media is still continually evolving, requiring users to put in additional effort and have sufficient interest to stay on top of everything that is going on—even within the limited realm of social media. Thankfully, social media entrepreneurs like Guy Kawasaki have set up sites like Alltop

There is a lot of excitement about efforts that are currently underway to explore what social technologies can offer—the boundaries they can cross that the traditional Web could not. Similar to users’ need to cope with the problems of adapting to the ever-changing face of social media, addressing the needs of social media in design requires additional effort and interest on the part of UX designers, to keep track of the capabilities and limitations of emerging technologies.

We UX practitioners already have had a tough time agreeing on a name for ourselves, [13] and these developments in the social media realm could spur further discussion about what we should call ourselves—perhaps prompting some to add the social media tag to their job titles. A Social Media Analyst role [14] has already gained some acceptance, and it will be interesting to see whether more such job titles sprout up and gain acceptance as the field matures further.

In his seminal book Cognition in the Wild [15], Ed Hutchins hoped to show “that human cognition is not just influenced by culture and society, but that it is in a very fundamental sense a cultural and social process.” We need not look any further than the rise of social media to perceive what Hutchins was attempting to explain. Hutchins also noted, “The relationship between cognition seen as a solitary mental activity and cognition seen as an activity undertaken in social settings using various kinds of tools is not at all clear.” Social media presents us the opportunity to thoroughly explore and better understand cognition as an activity undertaken in social settings, enabling us to better avail ourselves of everything social media has to offer.

[2] Pirsig, M. Robert. Lila: An Enquiry into Morals. New York: Bantam Books, 1991. (I first came across Pirsig’s discussion of patterns of intellect and patterns of society; then, subsequently, in Lila, his second book, his thoughts about judging societies in terms of social dominance of intellect and intellectual domination of societies.)

[6] Kawasaki, Guy. “The Inside Scoop on Design: Ten Questions with Hartmut Esslinger.”

[7] Owen, Jamie. “Designing the Democratic: Thinking Outside of Our Own Cultural Influences Can Strengthen Our Design Decisions.”

Boxes and Arrows, March 12, 2009. Retrieved April 30, 2009. (Excerpts from discussions on technology change and adoption and the rise of social media following the article.)

[12] Ho, Verne. “Applications of Usability Principles on a Social Network.”

[14] Bernoff, Josh. “Are You Good Enough to be Our Next Social Media Analyst?” 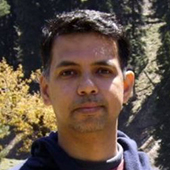 Junaid’s UX design experience encompasses both the services and themanufacturing industries. In addition to his having worked on social media initiatives with organizations like IBM and HP, he has done user interface design for Web applications and products and worked on new technologies in both mature and emerging markets, business process analysis and re-engineering, and human performance assessment and improvement. Junaid has graduate degrees in both Human Factors Psychology and Electrical Engineering and brings a multidisciplinary approach to his work. He is also a Certified Usability Analyst (CUA).  Read More

Other Articles by Junaid Asad