Habit: The Magic Rabbit in the Hat?

Theater and the creative process of design

A column by Traci Lepore
No Comments

The most impactful lesson in helping me to become an innovative thinker and designer is the importance of habit.

I’ve taken away many valuable lessons from my theater training that have affected broader aspects of my life. The most impactful lesson in helping me to become an innovative thinker and designer is the importance of habit. Understanding the need to acquire certain good habits and be disciplined in my practice of them has been one of the key lessons that now enables me appear to be a magician who can pull a rabbit from a hat whenever I want to. The magic is my ability to innovate. I’d like to share some thoughts on the value of developing good habits with you, in the hope that they will, in time, enable you to create your own magic.

The first director I worked with in undergrad is someone who knows what discipline and creative habit is all about. And he worked hard to instill this in his actors, even if it sometimes felt like he was just working us hard. I will most certainly never forget the first lesson he taught us and the profound impact it has had on my behavior, which has forever been cemented by what I learned from him.

For us teenagers, this was a shocking concept—with an even more shocking consequence. But it took only one person’s getting kicked out for showing up two minutes late for all of the actors in the show to realize that our director meant business, so we needed to pay attention.  And it wasn’t long until we all discovered the rhythm of how long before call time we needed to be ready to go.

In case you’re curious, the average time it took for all of the actors to prepare themselves before call time was about 15 to 20 minutes.

The Magic of Innovation

Innovation requires a toolbox that you can build up only through the habitual collection of creative stimuli and practice of the creative process.

Why am I telling you this story? Because there is a misconception out there that innovation is something that comes out of thin air or that you can call upon on demand. I’m sorry if I’m bursting your bubble here, but innovation doesn’t happen that way, and innovative thinkers are not magicians on another plane.

The reality is that there is a lot of habitual groundwork that goes into innovation. Innovation requires a toolbox that you can build up only through the habitual collection of creative stimuli and practice of the creative process. Only once you’ve formed those habits can you create the magic whenever you need to innovate. Habit is the rabbit you can pull out of the hat when you must come up with something that amazes people.

I was motivated to talk about this because of an annual company meeting that I attended recently. Our keynote speaker was a motivational speaker who talked about why successful people are successful. His main platform was the idea of discipline: that successful people do what is necessary—even if they don’t feel like doing it—and they don’t procrastinate.

The concepts that motivational speaker presented weren’t surprising or unique—especially to an actress. But what I found lacking in his talk were the concepts of how to maintain discipline—and do so in such a way that discipline attains the level of habit. Nothing worth achieving is easy to obtain, and without the right support, it is all too easy to fall off the discipline train. So, I’d like to share what I’ve learned about how to make discipline habitual.

The Path to Achieving Habitual Discipline

There has to be some intangible emotional reward for achieving results for you to care enough to put in the effort.

My experiences have taught me these things about habit:

Earlier, I told you that it took only one person’s being kicked out of a rehearsal for being late for everyone to learn an important lesson. For those of us who experienced this, it never happened again. I know this may be hard to believe, but it’s true.

Why was this lesson so effective? Because the risk of experiencing the humiliation and embarrassment of being kicked out of a rehearsal in front of your peers is a great motivator. For those of us who were truly committed to the work we were doing, just the thought of missing out on what would happen that day was also a good motivator. There was a very real risk associated with failure. Because of that, the discipline came easy, and the habit formed quickly.

A group of people needs to be accountable as a whole—so the failure of one stops the progress of the rest until that one succeeds.

We all know how hard it is to maintain discipline on our own. Think about the concept of a workout buddy. We all know that we do better when we have someone else with whom to share an effort. But this isn’t all there is to the buddy system. To truly harness its power, a group of people needs to be accountable as a whole—so the failure of one stops the progress of the rest until that one succeeds.

I haven’t yet explained the second part of the lesson that I learned back in college. This was that ready to go for us meant being in a perfect circle to commence the ritual check-in that began every rehearsal. We could not begin until every person took his or her appropriate place in the circle. The genius of this approach is that it created a supportive environment in which we all had a vested interest in the success of everyone in the group.

Eventually, we learned to start moving to form our circle two to five minutes before the call to ensure that we were all ready to begin when the call time struck. We needed no other external motivation or trigger to make this happen.

The more any discipline that you want to achieve remains in your head alone, the more likely it is to wane—and never turn into a true habit. The creative process, by its very nature, needs physicality. You must get out of your head and onto your feet.  I think many of us underestimate the power of muscle memory and the role it plays in stimuli recall and our ability to access our mental capabilities. Forcing your intellect’s creative instinct, impulse, or habit into your muscle memory by connecting the intellect with a physical action or reaction enables you to trigger the creative through a simple approximation of that physical movement.

The physical act of seating ourselves in our circle, then doing the short yoga exercise that we always did before diving into our work helped us to focus and attune ourselves to the work. It also helped remind us about what had happened previously from which we could learn, what we wanted to work on next, or what provided inspiration for our work. The muscle memory of such a habit is powerful. Innovation can be driven by it, in part. I’ve seen it happen.

If you are going to commit yourself to the hard work that innovation requires, there ultimately has to be some intangible reward that drives you.

This one is simple. While tangible rewards for your efforts are good and can be extremely motivating, if you are going to commit yourself to the hard work that innovation requires, there ultimately has to be some intangible reward that drives you.

Why did I go through all of the hard work that my director asked of us? Because, in the end, the adrenaline rush and feeling of connection with the audience that results from a good performance is something nothing else can touch. Likewise, the satisfaction that I get when an out-of-the-box design idea succeeds—making users’ lives better and helping a business achieve its goals—is worth more than any monetary compensation that I receive.

My director’s lesson about what it means to be on time became so ingrained in my nature that it has transferred to all aspects of my life. It may have been a simple lesson, but it has been a transformational one.

What I learned from my director has allowed me to be more innovative, because when my call moments happen, I’m ready to begin working with all of my being and abilities. I have my proverbial toolbox at hand. My director probably isn’t aware of the impact his lessons had on all of us, but I will forever remember what I learned as my rabbit in the hat. 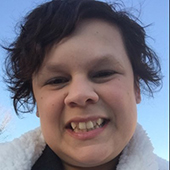 With over fifteen years of experience as an interaction designer and user researcher, focusing on user-centered design methods, Traci has experienced a broad range of work practices. After ten years of consulting, Traci transitioned to working on staff with product teams at companies such as Avid and Oracle. Through her UXmatters column, Dramatic Impact, Traci shares how she infuses aspects of theatrical theory and practice into her design practice to bring a more empathetic, user-centered focus to her work. Traci holds an M.A. in Theater Education from Emerson and a B.S. in Communications Media from Fitchburg State College. She is a member of the Boston chapters of UXPA and IxDA and has spoken at conferences such as the IA Summit and Big Design. She is also a nominee for the 2016 New Hampshire Theatre Awards in the best supporting actress category.  Read More

Other Columns by Traci Lepore

Other Articles on Professional Development