Early engagement in the digital world

A column by Catalina Naranjo-Bock
No Comments

The goal of the research project was to discover key directions, requirements, and design opportunities, as well as to develop an understanding of what it means to design for younger audiences.

A few months ago, I had the opportunity to conduct user research to understand the world of teenagers from different angles. In this column, I’ll describe the challenges, successes, and lessons that I learned from this experience, focusing on a new method that I’ve added to my toolkit: paired interviews.

The goal of the research project was to discover key directions, requirements, and design opportunities, as well as to develop an understanding of what it means to design for younger audiences. To achieve this goal, I decided to concentrate on exploring the following topics:

So I conducted paired interviews with a group of four girls, between 15 and 18 years of age, who were close friends and lived in the same area. A local mall served as a neutral location. It was a place that all of the participants visited frequently, so made them feel at ease. The entire session lasted for two hours. In addition to the paired interviews, I conducted semi-structured interviews and video self-reporting exercises.

I invited the girls to have lunch in an open area of the mall. I opened the session with paired introductions. We started with the researchers introducing each other to provide an example, then asked each girl to introduce one of her friends, describing

The paired interviews research method [1] inspired this activity. It applies the concepts behind the pair programming of agile software development practice. [2] The introductions lasted for 15 minutes.

For the next 30 minutes of the session, I used a variation of the paired interviews technique: paired video interviews. We combined elements of paired interviews with the principles of a research method that is commonly used with children: friendship pairs. [4] For this exercise, I asked the girls to interview each other and recorded the interviews with a video camera. These interviews occurred in the presence of the entire group, and the girls were at liberty to ask any questions they wanted to ask, as long as they centered on the topics that I had mentioned earlier.

The paired interviews were highly successful and provided research artifacts relating to the teens’ thoughts and aspirations, narrated in their own words and based on their own priorities.

This was a very outspoken and expressive group, and the participants greatly enjoyed talking about their current lives and future aspirations. The fact that they were all having lunch in an open space in the mall made the participants feel comfortable and relaxed. The first introductory activity provided a few funny moments, making everyone laugh, and helped the researchers build rapport fairly quickly.

The group interview was very successful in terms of encouraging an in-depth conversation about teen life, with all of the girls avidly participating and providing their personal views. However, it soon became apparent that, even though there was only a three-year difference between the oldest and the youngest participants, keeping all of the girls interested in the same subject at once was a challenge. The older girls were either finishing high school or had already entered university life, so had very different experiences and points of view in comparison to the younger girls, who were just finishing middle school.

The paired interviews were highly successful and provided research artifacts relating to the teens’ thoughts and aspirations, narrated in their own words and based on their own priorities. The researchers did not intervene in the paired interviews, but quietly listened to the kinds of questions the teens were asking each other and the responses they offered. The insights that we collected from this exercise were quite different from those that we got from the researcher-led group interview.

I had initially planned to take a similarly dynamic research approach during the sessions that we subsequently conducted with a group of four teenage boys. However, after our first 15 minutes of conversation with the boys, it became clear that the paired interviews method that we had used with the girls was not going to work with the boys. Even though the environment was equally familiar and relaxing, the boys were less outspoken and more self-conscious than the group of girls had been, especially when talking about their future aspirations, dreams, and personal relationships. By grounding the interviews in a topic that was highly interesting and common to all of the boys—for example, music—we were able to more easily build rapport with them. This also enabled the boys to be more open during the discussion.

Based on this experience, I recommend using the paired interviews method with teenagers under the following conditions:

The nature of this research was purely exploratory and generative. Therefore, the samples that I worked with were small and highly heterogeneous….

The nature of this research was purely exploratory and generative. Therefore, the samples that I worked with were small and highly heterogeneous, and the research design was not completely balanced across all conditions. However, we took user experience research approaches that we had designed expressly for understanding teenagers from various perspectives, as well as to provide an optimal experience for the teenaged research participants.

The overall research project was successful, not only in terms of meeting our research objectives, but also in providing a variety of lessons learned that will contribute to larger-scale research designs for this audience. 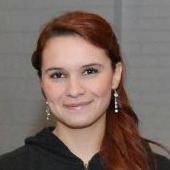 A UX designer and researcher, Catalina specializes in the development of ideal experiences for children and young audiences for both tangible products and interactive applications. She has collaborated on children’s media and toy design with creative departments in numerous firms, in the US, Europe, and South America. In a variety of design-related contexts. Catalina has served as adjunct faculty, guest speaker, invited author, and international juror. Catalina holds a BFA in Industrial and Digital Design and an MFA in User Experience Design and Research from The Ohio State University.  Read More

Other Columns by Catalina Naranjo-Bock