By Sal Becerra
No Comments

This year marked the third year of the User Experience Awards (UX Awards)—a milestone in the evolution and influence of user experience.

This year marked the third year of the User Experience Awards

(UX Awards)—a milestone in the evolution and influence of user experience. The UX Awards took place on May 21, 2013, in New York City, and garnered more submissions and attendees than ever, with approximately 350 people attending the event this year.

Consider the contributions that technology and user experience have made to our culture and the institutions that have arisen to recognize those achievements: The rapid evolution of technology and user experience brought digital media into more households through mainstream adoption of the Internet. So, to celebrate Internet excellence, the Webby Awards began in 1996. As the adoption of digital media has continued its rapid acceleration, digital devices have become ubiquitous in American households. Digital media—whether for art, communications, or practical utility—have transcended any one platform or device. The user experience on and across platforms and devices has received increasing attention, as has the holistic evaluation of the customer experience beyond its online components. In response to the greater attention that user experience has received, the UX Awards—the first awards whose specific purpose is to celebrate exceptional user experiences—held its inaugural event in 2011, in New York City.

This year, my AnswerLab colleagues and I attended the 2013 UX Awards with a plan to interview attendees, judges, and winners and get their perspectives on the significance of the UX Awards. In case you’re not familiar with how the UX Awards work, anyone can submit a digital experience for consideration. This year’s submissions came from companies small and large, agencies, nonprofits, individuals, and students. The projects spanned all types of digital user experiences, including Web, desktop, mobile, and tablet applications; kiosks, interactive TV, social media, interactive displays, and digital campaigns.

Who Judged the UX Awards?

The judges represented a wide range of UX professionals, including UX community leaders from IxDA, UXPA, and NYCIA; consultants; and folks in influential research, design, and product roles at leading companies…

judged the submissions. The judges represented a wide range of UX professionals, including UX community leaders from IxDA, UXPA, and NYCIA; consultants; and folks in influential research, design, and product roles at leading companies such as Netflix, Google, and Mashable.

Salon.com CEO and UX Awards judge, Cindy Jeffers, told us, “The quality of the submissions was really exciting. There were a lot of people pushing the boundaries in various industries.” Judge Lis Hubert, IxDA New York Leader, added, “What I took away, and what I hope others do, is a sense of humility—in the sense of other people doing great things. It made me reflect on my own career and think about what I could work on to do better. To take the time to reflect and say, ‘Wow, I really want to do better,’ is what I hope people take away from this event.” Other judges shared their enthusiasm during the opening remarks that they made before presenting the awards, including Chris Jaffe, Director of Innovation at Netflix; Tomer Sharon, Senior Researcher at Google; and John Payne, Principal at Moment Design.

Who Attended the UX Awards and Why?

Although attendees came from diverse professional backgrounds, they all shared a desire to see excellent UX work, network, and build relationships.

Among the hundreds in attendance were those who had submitted projects for consideration; professionals ranging from veterans in UX design and research to development and product management; as well as people who are interested in starting a career in user experience. Plus, there were recruiters and entrepreneurs looking for talent.

Although attendees came from diverse professional backgrounds, they all shared a desire to see excellent UX work, network, and build relationships. On the night of the event, when we asked Ashley Delose about her motivations for attending the UX Awards, she said, “To connect with others in the UX community. And I looked forward to hearing from the esteemed lineup of jurors.”

Attendees’ penchant for developing connections was evident before and after the presentation of the awards. As the crowd ramped up for the event, CTO of Mashable, Robyn Peterson, socialized with those gathered for refreshments in the courtyard of Parsons New School of Design. Following the awards, the networking with the newly crowned winners, attendees, and judges continued at a nearby restaurant.

Among those who we interviewed at the UX Awards, nearly all saw the event as an opportunity to be inspired. The event brought exposure to new UX ideas, teams, processes, verticals, and platforms. “It was great to meet such a cross-section of UX designers—beyond just those focusing on Web-based products. To be exposed to UX design outside of one’s area of specialization and think about UX on a broader level,” said UX Awards judge Anders Ramsay, a UX design consultant and agile UX coach who leads the New York City Information Architecture Meetup

and The Agile Experience Design Meetup,

The winners spanned various industries and approaches and showcased how fast and how much technology has become embedded in our lives.

ranged from startups to nonprofits to Google, the company that organizes the world’s information. The winners spanned various industries and approaches and showcased how fast and how much technology has become embedded in our lives.

Peter Ng flew from San Francisco to take part in this year’s UX Awards. Representing the Google Now team, he accepted the Grand Prize Award, saying: “Google has evolved from tech to design, and we’re just scratching the surface on a whole new way of thinking about design.” When we asked him what advice he would give to others who want to attend or are considering submitting a user experience to next year’s UX Awards, Ng said simply, “Do great work.” His aspirational advice provided a reminder of how important it is to follow the design principles behind great user experiences.

The UX Awards may not have the red carpet, the velvet ropes, or designers jockeying to talk to TV hosts before the show that the Oscars and Grammys do, but all of these events share a common history of technological innovation. We can expect the trajectory of the UX Awards to be long if the torrid pace of innovation in user experience continues—as it has in the three years since the event’s inception. 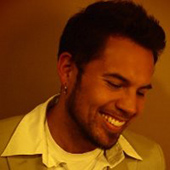 Sal has designed and directed hundreds of research consulting projects for startups in Silicon Valley and Fortune 500 companies across a variety of industries. He has led user experience and market research projects for companies that include Facebook, Google, eBay, Amazon, Electronic Arts, Zynga, Wikipedia, Intuit, Honda, FedEx, and LinkedIn. Prior to joining AnswerLab, Sal founded and led User Research at LinkedIn, incorporating user insights throughout all phases of product development. He established LinkedIn’s in-house lab, initiated rolling monthly studies, implemented LinkedIn’s first iteration of personas, and designed the framework for comparable UX metrics across all product areas, while bridging customer insights across the Product, Marketing, Customer Service, and International teams. Sal has designed and implemented custom research methods, which were presented at the Usability Professionals’ Association (UPA), BayCHI, and World Usability Day. These methodological frameworks addressed needs within mobile ethnographies and gaming research that continue to influence research approaches today. He graduated from the University of California at Berkeley where he earned both a Bachelor of Science in Business Administration, with an emphasis on Market Research, and a Bachelor of Arts in Economics with a focus on Econometrics.  Read More

Other Articles on UX News