By Ben Newton
No Comments   0 Shares

I know of a relatively untapped market that, in the USA alone, accounts for over 12% of the entire population…. This market is, of course, people with disabilities (PWD), which has an estimated world-wide population of 1.3 billion people….

“How does accessibility fit into our development and content strategy?” If I had a dollar for every time I’ve heard this in a meeting about a Web site or app, I’d be, well, only a dollar or two richer. In the ten years I have been developing digital products for clients and agencies, I could count on one hand the number of times we’ve discussed Web site accessibility.

Perhaps, as the knowledgeable developer, I should be raising my hand as the one who is culpable and accepting the blame for this. After all, shouldn’t I be championing all relevant standards that would lead to my Web sites being pillars of the Internet? This would be ideal. However, on the occasions when I’ve done this, I’ve encountered the all-too-familiar blank stare washing over the faces of decision makers, as my suggestions sail over their head as they wait for their turn to talk. And, when their turn does come, what they say usually takes the form of praise, followed by a request that I fit as much work as possible into half of the amount I’ve quoted.

We Just Don’t Have the Budget!

You could switch out the word budget with time, experience, or need. Ultimately, it all comes down to a lack of information, which translates into little or no understanding of the business case that exists for ensuring that a Web site is accessible.

If I were to tell you that I know of a relatively untapped market that, in the USA alone, accounts for over 12% of the entire population, what would you say? [1] This same market has an aggregate income that tops $1 trillion and includes $220 billion in discretionary income. [2] Would you want to know more? Would you want to know who this group is and how you could serve them?

This market is, of course, people with disabilities (PWD), which has an estimated world-wide population of 1.3 billion people who, together with their friends and family, control over $8 trillion. [3] That’s a pretty affluent market that just happens to be the size of China! Now that you know this, could you make some room in your budget to ensure that this demographic can access your Web site or buy your product? No? Still need a few more reasons? No problem.

Do You Know That You Could Be Sued for Having an Inaccessible Web Site?

If your Web site discriminates against disabled people by not allowing them to access the content that an able-bodied person could, you are in danger of facing litigation.

If your Web site discriminates against disabled people by not allowing them to access the content that an able-bodied person could, you are in danger of facing litigation.

In 2006, the National Federation of the Blind (NFB) filed a class-action lawsuit against Target. They claimed that blind people were unable to access much of the information on the defendant’s Website or purchase anything from its Web site without assistance.

Target tried their best to have the case thrown out, but eventually settled for $6 million in 2008. Additionally, the court ordered the company to pay over $3.7 million in legal fees to the plaintiff. Now, I’m not familiar with the infrastructure of the Target Web site, but I feel pretty confident in saying that it wouldn’t have cost them $10 million to raise the level of their Web site’s accessibility. In fact, in 2010, Target and the NFB established a partnership to ensure equal access to blind consumers on Target’s Web site.

I hear what you’re saying, though. “Target is a huge company, and this example is a convenient outlier right?” Yes and no. There have been other examples of lawsuits against large corporations regarding their Web site’s inaccessibility. While this has been the exception rather than the rule, that may all be about to change.

A Wall Street Journal article about a case in which the NFB brought a lawsuit against H&R Block stated: “The Justice Department laid out a set of compliance standards for accessibility on commercial Web sites. … Lawyers say the H&R Block case offers a clear road map for disability-access claims and is likely to spark a surge of lawsuits with violations that pertain to Web sites.” [4]

In response to this issue, Adam Saravay, a partner at McCarter & English, said his firm was seeing a sharp increase in disability-access lawsuits over physical barriers. He went on to recommend that Web site owners speak with their developers about updating their Web sites to meet accessibility standards. [5]

So What Exactly Counts as Accessibility and How Do I Test My Web Site for It?

We can capture tremendous value and save a great deal of money by ensuring that our Web sites are accessible to anyone and everyone who might want to use them.

These are two extremely important questions that the majority of business owners and many Web site developers should be asking. Put simply by the W3C:

When thinking about accessibility, many people’s thinking starts and ends with the issues surrounding blindness. While these are important issues, blindness is only a small part of what we need to be consider. Whether someone has color-deficient vision, can’t use traditional navigation tools, or simply has a temporary injury, they all need to be considered.

The third argument that I need to make in this article is that of social conscience. After years of futile attempts, I’ve realized that asking someone to pretend that their family member or child is disabled is both powerful and ineffective.

Nevertheless, social conscience is both more important than the two arguments that I’ve already made and out of place in this article. Being socially aware doesn’t automatically translate into boosting your bottom line. However, it is interesting that companies who display an obvious social conscience appear to reap the rewards.

I will leave you with another outlier example, but one that I feel powerfully drives home the importance of accessibility. In 1942, a person was born whose contributions to humanity include over 200 publications and 13 books. He has received dozens of internationally recognized awards. But this is only part of what makes this person unique. At the age of 21, he was diagnosed with a form of motor neuron disease and given less than four years to live. Almost all of his awards and achievements have come in the 50 years since his diagnosis. This person is, of course, Stephen Hawking.

Without the assistance of his accessibility aids, he would never have been able to accomplish all of this. Think how much we would have lost. Without the foresight of others who made their content accessible, how limited would his access to information have been? While Stephen Hawking is exceptional, he is far from alone in his situation.

We can capture tremendous value and save a great deal of money by ensuring that our Web sites are accessible to anyone and everyone who might want to use them. Talk to your Web developers today and get them to take a course on accessibility. It might just be the best investment you’ll make this year.

U1 Group recently conducted a survey to better understand the reasons behind most Web sites not being accessible. The findings represented the views of respondents from fourteen countries and indicated that education was the key problem—particularly, the education of developers, designers, and decision makers. Therefore, U1 has launched an online accessibility training course. U1 is offering UXmatters readers a 70% discount on this course.

Growth and Product Manager at Loop11 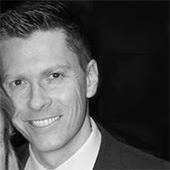 For over ten years, Ben ran a development agency that created Web-based solutions for government, PR agencies, and small-to-medium—sized businesses. Ben now offers consulting services to aid companies with strategy, marketing, growth, and product development. He is currently working with one of Australasia’s leading UX companies, the U1 Group. With a keen interest in all things creative, he is also producing a documentary series that is supported by longer-form podcasts.  Read More

Other Articles by Ben Newton

Other Articles on Accessibility