By Yury Vetrov
No Comments

We visited a variety of design studios and companies and learned a lot about the way they work, including their projects, products, processes, management, and culture—and all the things that shape it.

Future London Academy’s UX and Digital Design Week took place on August, 15–19, 2016, in London. Throughout the week, we visited a variety of design studios and companies and learned a lot about the way they work, including their projects, products, processes, management, and culture—and all the things that shape it. This August, FLA elevated the course program to a whole new level, with a truly stellar lineup, including ustwo, Unit9, DesignStudio, Facebook, Fjord, Foolproof, cxpartners, AKQA, Skyscanner, Telegraph Media Group, Barclays, and Badoo.

In this review, I’ll provide an overview of the course, describing its

Attendees visited design teams where they work, at their companies’ offices. This was a great opportunity to see how they work from the inside.

The first time this course happened, in 2013, it was an initiative by a group of students from Russia who wanted to visit prominent design studios in London. Ekaterina Solomeina later improved and scaled that idea, founding Future London Academy. FLA now organizes several annual, week-long programs: UX and Digital Design, Design Thinking and Innovation, Service Design, Future of Branding, Interior and Experience Design, and Photography.

Ekaterina, Moe S. Hussain, and I acted as hosts throughout the course. Each day, we welcomed attendees and delivered opening remarks, led attendees to a different company through the beautiful streets of London, introduced each speaker, guided attendees through the activities of the day, and offered closing remarks, encouraging attendees to gather together for a chat in the evening, at a nearby, lovely, 400-year-old pub.

A key feature of the course was that attendees visited design teams where they work, at their companies’ offices. This was a great opportunity to see how they work from the inside. Designers presented a lecture or workshop. Then, everyone participated in a free-form chat about their projects, work methods, culture, and all other aspects of great design. This format is very different from a conference’s presentations. Companies can talk more openly and show more of their internal work. Plus, attendees have much more time for questions because the speakers are not in a rush.

Many product companies and design agencies are based in Shoreditch, which is one of the hottest tech areas in London.

The primary venue was a house in Shoreditch where some of the attendees resided during the course, and some mornings, we had a warm-up lecture right in the house. But each day featured different venues: the offices of the design teams who were presenting the content that day. Many product companies and design agencies are based in Shoreditch, which is one of the hottest tech areas in London. Attendees took up residence in Shoreditch as well, so on some days, we walked to the host companies, as Figures 2 and 3 show. This added to the overall experience.

It was inspiring to see design teams’ creative spaces, which are a contributing factor to teams’ ability to create great products. Figures 4–5 show some of the offices we visited.

The UX and Digital Design Week course covered some of the biggest talking points of the past few years: UX strategy, the connection between brand and user interface, in-car user interfaces, virtual reality, virtual assistants and the algorithms that make them work, design management, and building a design culture. We received expert advice relating to a variety of contexts, including cutting-edge product companies, traditional organizations with competent design teams, small design studios, and big service agencies. London has so many bright minds and great companies! It’s one of the strongest cities in Europe for every aspect of design.

I took voluminous notes and a tremendous number of photographs. Here are some highlights from the talks.

UX strategy—with its outside-in philosophy and toolkit—has emerged as a strategy-planning process for reconnecting a business and its brand values with real customer wants and needs; then driving alignment through a team and across the silos of an organization.—Tim Loo

Attendees learned a lot about various companies’ design processes and the cultures that support them.

With participatory design, you’ll find that, while users’ ideas might not be good, their reasons for them are valuable.—Steph McNee

Some of the lecturers shared their best practices for how to run UX projects successfully.

Typically, companies express their mission in one word or sentence that communicates the company’s main value proposition and is prominent in everything it does, including its identity, advertising materials, and  user interfaces.

Attendees learned a lot about different aspects of building holistic products that let users experience their brand values through their user interface.

If you come up with an idea, you need to know enough about algorithms to have a sensible conversation with an engineer.—Giles Colborne

It was hard to obtain speakers’ presentations because the information they shared with attendees was not yet ready for publication.

Attendees received a course program and some useful gifts. However, it was hard to obtain speakers’ presentations because the information they shared with attendees was not yet ready for publication. (Attendees had to sign many NDAs.) The opportunity of seeing everything was well worth it.

FLA does not maintain information about their past events on their Web site, shown in Figure 11.

We always … had enough time for informal socializing, sharing our impressions of the event and striking up great new friendships.

Course attendees resided in several nearby houses. This made the venue feel somewhat like a campus. We always had breakfast together at the main house and had enough time for informal socializing, sharing our impressions of the event and striking up great new friendships. As shown in Figures 12–14, a comfortable, friendly environment is conducive to focusing on learning! It adds to the overall course experience, too. It’s nice to share a lovely cup of tea with another great mind.

Since many attendees were in London for the first time, the organizers allowed plenty of free time for touring the city. I love London! It’s a terrific mix of classic and modern culture. There was a graffiti tour on Tuesday, which included many hallmark works such as one from the “Exit Through the Gift Shop” movie about Banksy, shown in Figure 15.

At the end of the week, on Friday, all attendees gathered for an after party at Badoo’s office in Soho, which has several roof-top terraces. It was time to relax—experiencing a dozen tightly packed lectures within a week was a bit exhausting.

It was great spending time in such inspiring company.

This year, the course attracted the biggest, most international group yet—21 attendees from Japan, South Korea, Turkey, Israel, India, UK, Finland, Holland, Ukraine, Belarus, and Russia. Their professions ranged from design managers and digital designers to developers and product designers. All wanted to learn new skills. During our discussions, people shared some unexpected views on everything we’d heard during the company visits, which helped us to look at things from different angles. It was great spending time in such inspiring company.

By the end of the week, all of us became friends—some of us even visiting each other’s countries after the course.

Among all of the design events I’ve ever attended, this event was certainly one of the highlights.

Among all of the design events I’ve ever attended, this event was certainly one of the highlights. The speakers and their studios, the way the course was organized, and the diverse attendees provided a lot of inside knowledge and a great experience.

In 2017, FLA’s UX and Digital Design Week will take place on August 14–20. Although FLA has not yet finalized the lineup of speakers, there are already a few big names from 2016. I hope this year’s course will be no less impressive!

Head of Portal UX at Mail.Ru 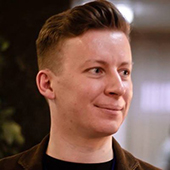 Yury leads a team comprising UX and visual designers at one of the largest Russian Internet companies, Mail.Ru, which is part of the Mail.Ru Group. His team works on communications, content-centric, and mobile products, as well as cross-portal user experiences. Both Yury and his team are doing a lot to grow their professional community in Russia.  Read More

Other Articles by Yury Vetrov