The Usability of Cryptocurrency

By Tony Scherba
No Comments

Crypto proponents believe that currencies such as bitcoin will achieve universal acceptance someday. However, the path to its mainstream adoption is today hindered by one huge obstacle: a lack of usability.

With everyone talking about cryptocurrency in the technology sector, you might think it would be more popular, but only a small fraction of Americans are invested in cryptocurrencies—only about eight percent, according to a survey from early 2018. Crypto proponents believe that currencies such as bitcoin will achieve universal acceptance someday. However, the path to its mainstream adoption is today hindered by one huge obstacle: a lack of usability.

As with most new technologies, cryptocurrency must first overcome barriers to entry to reach its audience. Right now, you must have a good amount of technical expertise just to be in the market. While cryptocurrency’s promise is that it’s accessible and decentralized, its complexity is restricting its user base to a narrow, homogeneous set of early adopters. Thus, the most popular cryptocurrency platforms are currently Coinbase and Robinhood—the apps with the friendliest user experiences.

More nuanced platforms such as Binance are usable only if you can focus on walls of text and numbers for long periods of time. So it’s not cryptocurrency itself that is too difficult for users to understand; it’s the user interfaces of the currency platforms themselves, which are intimidating to all but the most technically skilled.

Where Crypto Is Lacking

It’s not cryptocurrency itself that is too difficult for users to understand; it’s the user interfaces of the currency platforms themselves, which are intimidating to all but the most technically skilled.

If cryptocurrency is going to live up to its hype, it will need to attract users from all professions, backgrounds, and ages. Today, according to an eToro report, most cryptocurrency users are 18- to 35-year-old males working in sales, marketing, IT, and financial services. In other words, cryptocurrency is a trend for people who are already working in a tech-savvy environment. But if such a system’s orientation process targets only these users, anyone who is not tech savvy would likely be lost from the very beginning.

Of course, this barrier to entry is just one part of a bigger problem. Crypto enthusiasts are aware that these currencies need to reach a critical mass of users before they are really useful as currencies. Currently, even those who are creating accounts and purchasing cryptocurrency frequently are not using cryptocurrency for its ostensible purpose—buying things! Some individuals may have gotten rich by treating cryptocurrency as an investment vehicle and riding early speculative fluctuations, but this actually presents yet another obstacle for potential users. Investment markets are not user friendly. Plus, their volatility scares people away before they can dive into the technical parts of buying and using cryptocurrency.

An ideal cryptocurrency experience should not only answer these questions, but also thoroughly guide each unique user—whether she’s a technical expert or a newbie hoping to break into the industry.

If we can create intuitive user experiences for cryptocurrency, the industry will be able to access a mainstream audience and reach the ambitious goal of a globalized, decentralized currency.

For cryptocurrency to do what everyone is so excited about it’s doing—decentralizing currency and creating an international currency system—we need to make it global and accessible.

In a WIRED interview, Jalak Jobanputra, managing partner and founder of Future\Perfect Ventures, said that for this democratization to occur, the cryptocurrency industry must promote more widespread inclusion of all groups of people. “We need to make sure this phase of technology doesn’t go the way of the Internet, with everything happening in one place, one demographic deciding how this stuff gets built out and how we use it,” said Jobanputra.

In every one of the many changes to global economic systems throughout history, it has generally been wealthy white men who have reaped the most benefits. Despite its promise to decentralize and democratize, the cryptocurrency market is on track to repeat this pattern—unless we make it more accessible. Doing this is primarily a design challenge. If we can create intuitive user experiences for cryptocurrency, the industry will be able to access a mainstream audience and reach the ambitious goal of a globalized, decentralized currency. There are three primary areas of focus we can start working on right now:

For the general public to get involved in cryptocurrency, we must present a clear, understandable onboarding process to users.

Robinhood and Coinbase are already doing this, which is why they’ve attracted so many users. Instead of making people research optimal security methods and search through several complicated dashboards, Robinhood employs a user-friendly interface and a straightforward buying-and-selling process. If more exchanges follow in these footsteps, cryptocurrency will no longer be limited just to those with extensive industry experience.

The cryptocurrency companies that invest in designing their onboarding processes well are going to win the majority of users—in fact, they already are.

The mass-market appeal of cryptocurrency will become a reality only when we’re able to build guided, intuitive, user-to-user interfaces.

Making cryptocurrency more accessible will require a design revolution similar to that which expanded the use of the Internet. Cryptocurrency is in a similar position to what people called the World Wide Web in the ’90s. Cryptocurrency is also a protocol that enables people to connect, but it isn’t necessarily easy to use. In the ’90s and early 2000s, before social media, there was a similar technical barrier to entry to becoming active online. Once sites such as MySpace came out, they made creating your own Web page easy for everyone. Suddenly, we could express ourselves and connect with other people online.

So, in a similar fashion, the mass-market appeal of cryptocurrency will become a reality only when we’re able to build guided, intuitive, user-to-user interfaces. Where’s our Venmo for cryptocurrency? We need good wallet apps and vendors that make it easier and more seamless for users to buy goods and services. Then, once users buy cryptocurrency, they won’t just let it sit somewhere in limbo.

Users should have somewhere safe to store most of their cryptocurrency … and keep only a small amount in a virtual wallet.

I would like to see a company build a well-designed service that makes everyday cryptocurrency management feel seamless. I’m imagining some combination of LastPass and online banking.

It seems like everyone working on cryptocurrency systems is thinking about what we can do better from a technical standpoint. But, even if we devise better systems, this won’t matter if their user experience isn’t good.

Ultimately, a system that would make onboarding simpler and guide users through transactions and storage could help cryptocurrency live up to its promise. If cryptocurrency really is to deliver as a revolutionary way of bringing people together, the cryptocurrencies and products we’re building need to make everyone want to be part of the movement. 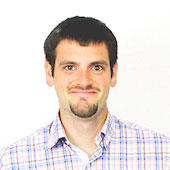 At Yeti, a product-focused development and design studio in San Francisco, Tony partners with small teams—both teams inside larger corporations and independent teams—at the early stages of the product-development process. Yeti has developed large-format, touch-screen experiences; mobile applications, and software systems for clients such as Google, Westfield, Massachusetts Institute of Technology, and Flextronics.  Read More

Other Articles by Tony Scherba

Other Articles on Technology Trends